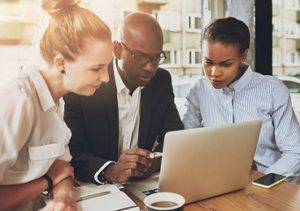 The massive migration of critical applications from traditional data centers to the cloud has garnered much attention from analysts, industry observers, and data center stakeholders.  However, as the great cloud migration transforms the data center industry, a smaller, less noticed revolution has been taking place around the non-cloud applications that have been left behind. These “edge” applications have remained on-premise and, because of the nature of the cloud, the criticality of these applications has increased significantly.

Let me explain.  The centralized cloud was conceived for applications where timing wasn’t absolutely crucial.  As critical applications shifted to the cloud, it became apparent that latency, bandwidth limitations, security, and other regulatory requirements were placing limits on what could be placed in the cloud.  It was deemed, on a case-by-case basis, that certain existing applications (e.g. factory floor processing), and indeed some new emerging applications (like self-driving cars, smart traffic lights, and other “Internet of Things” high bandwidth apps), were more suited for remaining on the edge.

Considering the nature of these rapid changes, it is easy for some data center planners to misinterpret the cloud trend and equate the decreased footprint and capacity of the on-premise data center with a lower criticality.  In fact, the opposite is true.  Because of the need for a greater level of control, adherence to regulatory requirements, low latency, and connectivity, these new edge data centers need to be designed with criticality and high availability in mind.

The issue is that many downsized on-premise data centers are not properly designed to assume their new role as critical data outposts.  Most are organized as one or two servers housed within a wiring closet.  As such, these sites, as currently configured, are prone to system downtime and physical security risks, and therefore, require some rethinking.

Systems redundancy is also an issue.  With most of the applications living in the cloud, when that access point is down, employees cannot be productive.  The edge systems, when kept up and running during these downtime scenarios, help to bolster business continuity.

A systematic approach to evaluating small remote data centers is necessary to ensure greatest return on edge investments.  To learn more, download Schneider Electric White Paper 256, “Why Cloud Computing is Requiring us to Rethink Resiliency at the Edge”.  This paper reviews a simple method for organizing a scorecard that allows executives and managers to evaluate the resiliency of their edge environments.