Major Cloud and Service Providers such as Amazon, Facebook and Google, have recently made data center investments in places like Umatilla, Oregon; Newton county, Georgia; and, Bridgeport, Alabama. These locations are far from traditional business centers and sit between minor U.S. cities, near the edge of networks. The decision to purchase data center real estate in more remote areas was likely driven by demographic changes.

Early-release 2020 census data suggests Americans are migrating out of many larger, dense cities. When people and their multitude of devices escape the confines of traditional business centers, they leave behind the robust networks built up in those areas. In their new homes, people also install smart technologies or park connected vehicles. Businesses must also continue to accelerate these digitization trends by implementing technology to reach distributed employees.

Delivering products and services to a more scattered customer base, reliably and with low latency, requires that companies follow people outward to the network’s edge. And moving processing power to as close to customers as possible is the only way to offer innovative applications and services to customers more effectively than industry peers.

In what should prove to be a prescient prediction, research and analyst firm Gartner estimated that by 2025, 75% of data will be processed or analyzed at the edge of networks. This prediction highlights a continued emphasis on customer experience as the backbone of corporate competition.

Proximity is important. The need to shorten distances between service providers and customers is why we see continued pushes for infrastructure investments, such as 5G rollouts. 5G networks promise to increase improve services delivery by increasing network bandwidth, even for customers who live farther away from network hubs.

The need for a high-speed data conduit between service providers and customers will only grow as mobile content consumption increases, as software-controlled vehicles become more ubiquitous, or as smart home gadgets proliferate. 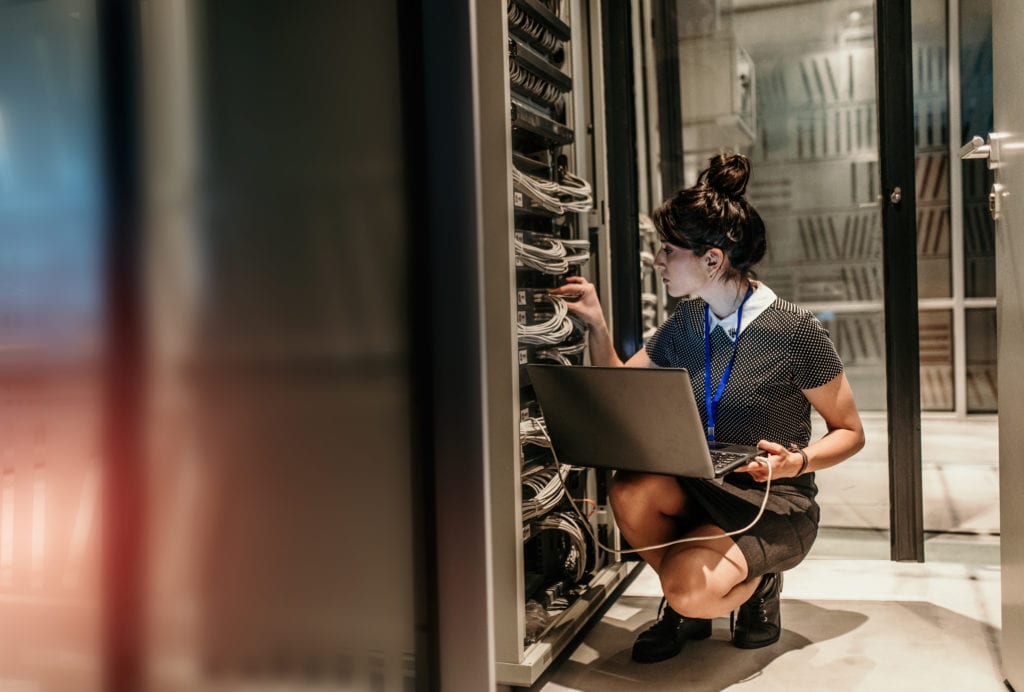 Technology companies are not the only organizations to invest heavily in edge computing. In recent years, many telecoms players have sold off large portions of their data center holdings and are instead turning their attention toward 5G infrastructures. Infrastructure buildouts tend to focus on crowded venues, including sports arenas, healthcare provider buildings, and transportation centers. However, telecommunications carriers may also be leveraging census data as a guide for where infrastructure investments should be located.

Hybrid work arrangements are quickly becoming de facto operating models for the information industry. Almost all businesses of any scale will have to focus more on remote capabilities, and that isn’t going to change. Moving forward, organizations must reach customers, as well as employees, in individual locations. To do so requires extending infrastructure that can effectively reach end users anywhere.

The investment transitions may come easily enough for organizations with billions of dollars in existing data center holdings. Easier still for companies that own existing network infrastructures. Not every company has the financial ability to make similar changes. Yet, smaller organizations can still follow internet giants and telecoms carriers’ lead by investing in the network’s edge.

At the core of this investment strategy should be the same population shifts these major players appear to be monitoring. Why are AT&T and others selling off data centers? To focus on core business offerings. Instead, carriers are turning to collocated rack space in data centers that map to population migration patterns. SMBs can purchase their own space in similar locations as a lower-cost way to invest in the edge.

Smaller organizations also don’t need the budgets of technology giants to leverage population trends. Companies that prefer to own an entire data center can purchase micro data centers near inter-metro locations or elsewhere at the edge.

For organizations operating at any scale, the edge is a requirement. Shoring up infrastructure closer to where end users live must be a focal point of growth strategies. Amazon, Facebook, AT&T, Verizon and other similar companies have developed a roadmap for which geographies to target. Networking technology advances offer a low-cost option for how to get there.

Population data suggests business leaders should follow these industry giants to the network’s edge. Their companies depend on it.

To learn more about how Schneider Electric can help your company leverage the edge, take a look at our edge computing solutions.