In my first post I gave an overview of the impact the IoT (or Internet of Things) in buildings. Spoiler alert: it’s more efficient and comfortable buildings that are easier to manage. That’s through changes to software (the subject of my second post), hardware and management services.

Here, let’s look at building hardware and the IoT.

The impact will show up in every sensor, actuator and system in a building. The IoT means things are 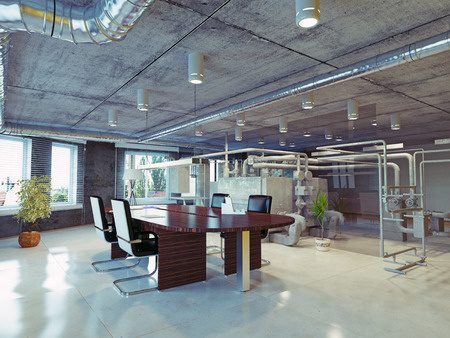 connected to a building management system (a BMS) and ultimately to the wider world. That means networking systems and devices that may not have been connected before, like

Let’s take something at the simplest level: an occupancy sensor. Maybe it checks CO2 levels to see if people are in a room. If so, a BMS turns on ventilation to bring in fresh air, turns more lights on, and adjusts the temperature out of an power conserving deep setback. When the people leave, everything goes back to an energy saving state.

One thing, then, is that the IoT demands sensors, a lot of them. To make the most of the Internet of Things, you need data: temperature, occupancy, machine and system health (is that compressor about to fail?), the status of doors and windows (are they open or closed?), and more.

As noted in the Navigant Research white paper “Data Integration for Intelligent Buildings,” the cost of sensors and the actuators is dropping. However, you can’t go by price alone. After all, the sensors and actuators are what everything else is built on. They have to do their job reliably and accurately for everything else to work.

Ok, let’s take a step up from control devices like sensors. The HVAC system in even small buildings is complex. It brings in outside air, chills it to wring out moisture, heats it up to the desired temperature and then pumps in enough humidity to make people comfortable. It does this whether it’s 0 or 100o F outside.

As mentioned, part of what the IoT can enable is system health and preventive or better yet predictive maintenance. That way your maintenance people get fewer calls in the middle of the night to repair something that has broken unexpectedly. Instead, fixes can be scheduled when there’s less disruption and also less expense.

Now, anticipating and correcting problems before they happen might require adding more sensors to the HVAC system and making it smarter, another hardware change. You probably won’t rip out an HVAC just to get these features and instead may opt for an add-on package to get the needed functionality. But it is something to keep in mind when upgrading.

Finally, at the top level sits the BMS. Here, the hardware needs to be scalable. Technology evolves and buildings are around a long time – decades according to an International Energy Agency report. So a BMS has to have a built-in ability to grow and adapt or it can become obsolete quickly.

Fortunately, as noted in the Navigant Research report, the cost of computing has fallen and continues to drop. Again, hardware with the right characteristics is increasingly affordable.

It’s important, though, to get IoT-capable hardware for a new build or when doing a retrofit. That applies to everything from the control devices that are on the lowest level on up to the BMS at the highest. Do that and you’ll be on the way to getting the most out of the Internet of Things.

For more information on IoT and building hardware, look here. And watch for the last post in this IoT series, the one on management services, coming up.

Buildings and the Internet of Things