As I said in my first post, the Internet of Things (aka the IoT) is getting attention because billions of devices and trillions of dollars are at stake. As a result, IoT will impact building management systems (BMS). Anybody concerned with managing a building should get ready for changes brought about by the IoT. 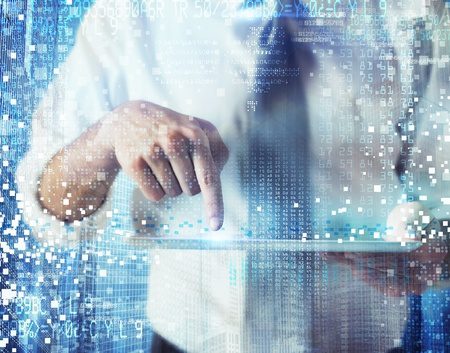 Let’s look at just one area: software. In “Data Integration for Intelligent Buildings,” Navigant Research reports that end users are going to be conditioned by their experience with smart devices to expect smart buildings. They will want solutions that

Versions of the above have been available, but now software will automate these functions. The way this will be done will have an impact on building management software and what capabilities it must offer. For instance, the first part of the IoT – the Internet – means that sensors are gathering data to be analyzed and the system is communicating with the outside world.

This could mean that the software is talking to the local utility. Maybe the utility has implemented demand response pricing, which could cut a building’s energy costs by allowing energy usage to be adjusted according to the price of power. But in order to do that, the software managing the building will have to have up-to-date information from the utility. This back-and-forth with some utilities is already being done. With IoT, though, look for a lot more of it and for a BMS to be more connected than before.

Now, you know there are a lot of cybercriminals and cyberattacks out there. Recent news items from law enforcement show the problem is widespread.

Consequently, building management software can no longer assume isolation as a barrier against such dangers. All of the protections and best practices of a standard office network will have to be part of the software package. That’s only the beginning, though, because the software also faces threats from being connected to an array of sensors, actuators, control devices, and meters. So, there are potentially more points of entry.

While being robust enough to ward off attackers, the software shouldn’t be proprietary. A not-so-obvious aspect of IoT and the experience with smart devices is that users expect to be able to take any device, get it on the network, and then have it work.

In the building management world, that means that solutions should adhere to standards. Software should therefore be built upon an open protocol, like BACnet, LonWorks, and KNX. There’s also Project Haystack, an open source initiative to streamline working with data from the IoT.

No matter which protocol is chosen, though, standards and naming conventions have to apply to building management. They will have to cover such systems and devices as

To sum up, building management system software will have to handle cybersecurity, standardization, and altered user expectations, while still taking advantage of what the IoT offers. If your software isn’t equipped to do that, then it may need to be upgraded or changed.

Look for future posts in this series to cover the impact of IoT on building hardware and management services. And if you want more information on this, you can go here.

Do You Know the Obvious Weakness Hiding in Your Building Management System?

Buildings and the Internet of Things