My colleague tells me that he was at a conference in Europe and the speaker was relating how his company had been undertaking this big overhaul of its systems. It was going to cost a fortune, but had been budgeted for, so at that point all was well with the world.

However, in the process of his work, the speaker had an epiphany that new technology could really help the organization not just bring systems up to date, but lead them to a digital transformation that would be really disruptive. It had the potential to change the nature of the market in which they play – and they would get first mover advantage.

However, the speaker said they could not get any management support for a pilot to prove the business case. All doors were closed to him as if there was a conspiracy against advance. And now the punchline: “It was as if,” he told an audience with baited breath, “the author Franz Kafka was alive and kicking, and had taken a corner office on the executive floor.”

OK, I had to Google it too (like most of the conference delegates, I’m told). According to one definition (clipped from UK daily newspaper, The Guardian), Kafkaesque describes a situation which most can relate to, a somewhat surreal scenario that has this omnipotent power floating just beyond the senses. It is marked by a senseless, disorienting and sometimes menacing complexity. 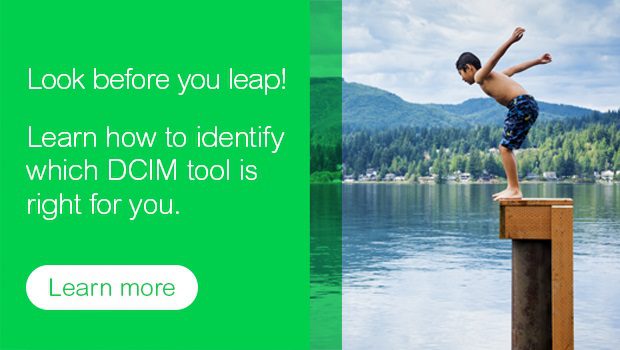 How that relates to the data center is this: With the introduction of online tools such as Schneider Electric’s Tenant Portal and other as-a-service offerings, I believe that Kafka is losing his influence in our market place and shortly will have no grip at all on the colo customer. We are saying goodbye to the bad old days where as a customer you contracted for space, power and cooling – but you didn’t really know exactly what you were paying for.

As consumers, one of the things the internet has delivered is the facility to comparison shop, data makes it possible for us to gauge value very easily. Now that the “gold rush” for cloud services is over, we’re starting to see that people want to see what they’re getting – data center management is playing an important part in getting that information over in a consumable way.

But it’s more than accountability. DCIM also presents an inflection point for colo customers, an opportunity for a digital transformation which could enable a complete insourced and outsourced data center estate to be managed from a single console or dashboard, for teams to be benchmarked so that SLAs can be aligned from facility to facility, and for the colo to move up the maturity model towards a fuller MSP offer.

As a customer, being given visibility of the assets and capacity under management within the colocation data center is one thing, but I think it will create more of a symbiosis with the supplier. As a customer, if I can model moves and additions in the data center, it makes sense to raise work orders once I’m satisfied with the changes. What makes at least as much sense is to have the colo carry these out.

Working collaboratively is a great advancement from the “get what you get” method which customers may feel they have been on the receiving end of. It’s stickier too, it provides a more certain future for both parties. And by ridding the relationship of unseen and unspoken power struggles, it will ensure Kafka is kept away from the data center and well outside the security gate!