On January 16, 2014, United Airlines flight 89 departed from Newark for a fourteen-hour flight to Beijing. A mere forty-five minutes into the flight, five flight attendants were injured after encountering severe, unexpected turbulence while preparing the first meal service. Flight 89 was immediately forced to turn around and return to Newark. 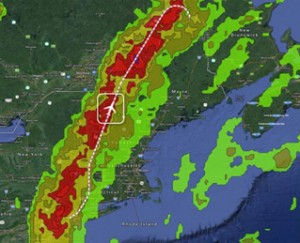 Zone of Severe turbulence forecasted at Flight Level 270 that most likely affect climb-out as they encountered the turbulence at 34,000 feet

At the time of the incident, radar images were clear and although other pilots had reported turbulence in the area, they were at different altitudes and flight paths. As a result, the crew of UAL89 did not have specified information to show the severity of the turbulence they would encounter. Our Patented Enhanced EDR Turbulence forecast predicted the turbulence four hours before the flight actually took off.  In addition, the Schneider Electric forecasts show that the turbulence decreased significantly at higher altitudes and was over a much narrower area then traditional turbulence forecasts were able to show. The entire situation, including injuries, distress and the inconvenience to passengers, could have been avoided, with our more advanced forecast showing a clear route slightly to the east. 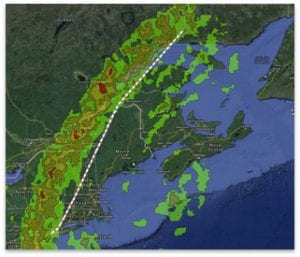 How could two turbulence forecasts be so radically different? Forecasts today are divided into generic categories, relying on a meteorologist’s interpretation of weather model data as well as real-time reporting from pilots, covering broad areas and spans of time. These types of forecasts force flight planners, dispatchers and pilots to make assumptions and take chances on the severity of turbulence they’ll encounter, or to re-route around large areas, adding time and cost to the flight. 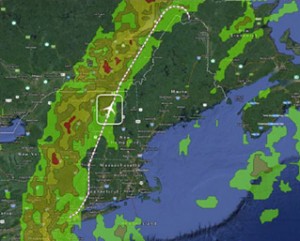 While our meteorologists can interpret radar and weather data, our Patented Enhanced EDR Turbulence tool uses a much more precise algorithm that can scientifically calculate and identify turbulence faster than ever before. Using this tool, flights will be able to avoid unexpected or previously unidentified turbulence in the future.

Overall, with advanced notice of turbulence, airlines better ensure the safety of passengers and flight crews while also saving on unnecessary operating and fuel costs. Our turbulence forecast can help airlines better plan around weather events with frequent updates to stay on top of rapidly changing weather.

To read the full case study on this event, click here.

Knowing where your rough spots are

Bridging the Gap Between Unpredictable Weather and Flight Planning