Most interviews with women leaders feature the same questions. “How have you managed so well in a male-dominated industry? How do you balance your career with family?” If we are doing our jobs fostering diversity and inclusion, then those questions should disappear. Instead of asking, “how?” we should normalize the idea of women in STEM (Science, Technology, Engineering and Math) and of women in leadership positions.

Putting aside that this is a matter of justice and inclusion, it has been proven that companies who integrate women into management boards and decision-making roles, deliver better results to their investors. Therefore, it is a business issue.

Today’s ever-changing business environment offers a perfect avenue for changing this perception. Digitization drives new services, projects and entire business models. These opportunities require people with STEM backgrounds. Encouraging women in STEM to pursue careers in these fields will ensure new endeavors are diverse and inclusive from day one.

Company leadership has a responsibility to mold new sociocultural norms around STEM careers. But our government policies, society and families must also do their part to build this future. I believe that the following five principles demonstrate how to support women in the pursuit of equality.

A researcher asked thousands of children to draw a scientist. In 1983, 99% percent drew a man. Other researchers have replicated the study since, but even in 2016, 72% of students drew a male scientist. These studies demonstrate just how public perception and biases push women away from STEM careers at a young age.

It is incumbent upon current leaders and institutions to dissolve those biases and perceptions about STEM disciplines. Programs, such as Mexico’s NIÑASTEM PUEDEN (STEM Girls Can) exemplify what it looks like to create positive STEM perceptions.

Positive perceptions create a safe learning environment for youth who are curious about what STEM entails. Children who can pursue their curiosities without fear of stigma can develop a true growth mindset at an early age.

2.) Assume the value of mistakes

Young women in STEM will be part of an environment in which they must understand the power of mistakes. My mother used to call me her “all-terrain” daughter, for my ability to juggle work, family and extracurriculars. I felt validated at the time, but now that I am a mother of a daughter I feel differently.

The label “all-terrain” suggests that women must be impeccable at every endeavor, whether in the office or at home. But no one is perfect.

The scientific method itself — the basis for STEM occupations — centers on testing hypotheses and often learning from mistakes along the way.

Today’s parents and leaders can focus on empowering the next generation with courage, rather than a drive for all-terrain perfection. Younger generations must have the courage to assume the value of mistakes; to learn from and move forward after them.

To invoke this courage, we can highlight examples of courageous women role models. 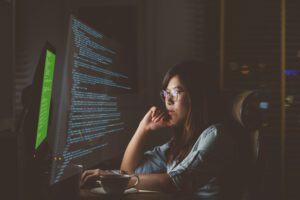 3.) Engage with stories of successful women in STEM

Progressing in life without failing suggests “you are not going out to the bleeding edge of inquiry”. This isn’t a quote you’d attribute to a Nobel Prize-winning scientist. But those are the words of the 2018 Nobel Prize winner in Chemistry, Frances Arnold.

Arnold’s acknowledgment of career challenges remind us that even the most accomplished women must assume the value of mistakes and work through them.

As parents, we must assume the job of introducing these figures, and their very human travails, to our children at home.

Because though more classrooms and public institutions hang photos of women on their walls, home is where we can ensure this inspiration is endless and combat existing stigmas and stereotypes for women in STEM.

The way the media, movies or sitcoms describes people who studied STEM careers are often narrow and perpetuate false stereotypes, such as that scientists are weird, nerdy or geeky.

Another stereotype we might fight is that of the lonely women scientist, who has no time for life outside of her work.

Margaret Hamilton wrote the software code for NASA’s Apollo 11 moon landing mission, and even coined the term “software engineer.” She recommends that young women try various jobs as they grow up to gain street smarts, alongside their formal STEM schooling.

5.) Build an environment that promotes science

Current leaders and parents can also help fight stereotypes in our real-world interactions with young women.

I recall a birthday party I attended for the young daughter of a family friend. I purchased a gift with different cars and trucks because it seemed like an interesting toy.

When the child’s grandmother saw the photo of a boy on the toy box, she reminded me that the child was a girl.

Today’s leaders can build a pro-science environment by introducing children to learning experiences not consigned to specific genders. How constricting might a young girl’s life be if she grows up only able to play with dolls?

What toys do I recommend for a girl that we want to empower: Movies with powerful characters, from Mulan to Ruth Ginsburg; gender neutral toys, from cars to construction games and the typical chemistry game; inspirational books; dolls that represent the diversity of bodies and professions.

“Be Strong, Be Talented, Be Empowering, Be Magnificent, STEM.” 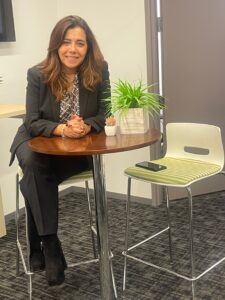 We have progressed beyond the more gender role-conforming days of past generations. Yet, we still have so far to go.

Among high-performing teenagers in OECD (The Organization for Economic Cooperation and Development) countries, a gender gap exists.

More than 25% of boys say they expect to work as an engineer or science professional. Fewer than 16% of girls responded similarly. This, despite both groups’ aptitude for math and science.

Committing to something akin to these five principles is an effective way we can band together as leaders to ensure women never again have to answer questions about what it’s like to work in a man’s world.

STEM education drives success for women in the lab and business