A major chunk 0f scientific research has established the reality of the climate crisis over the past few decades, and we are beginning to notice its effects on humans as well as animals. It threatens the millions of people who live along the Brahmaputra River in north-eastern India, increases the probability of flooding in Miami and other places and interferes with plant and animal reproduction. Therefore, we don’t need to wonder whether or not humans are causing climate change. What we should instead ask is, “What can we do about it in the long run?” Here is a comprehensive guide to allow you comprehend this better and act accordingly. 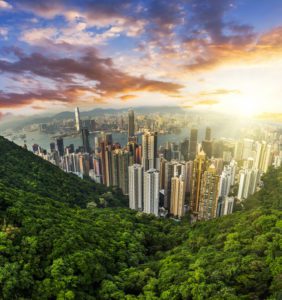 A Brief History of Climate Crisis

Early in the 19th century, the natural greenhouse effect and other natural changes in paleoclimate were first recognized, along with the history of the scientific discovery of climate change. Scientists first proposed that human greenhouse gas emissions could alter Earth’s energy balance and climate in the late 19th century. Many ideas have been put out regarding climate change, covering everything from solar fluctuation to volcanism. The evidence for carbon dioxide gas’s role in global warming grew stronger in the 1960s. Scientists have also noted that human-caused air particles (such as “pollution”) may also have cooling impacts.

In the 1970s, the warming perspective gained more and more support from the scientific community. As a result of increasing computer model fidelity and observational research that supported the Milankovitch theory of the ice ages by the 1990s, a consensus view emerged that greenhouse gases played a significant role in the majority of climate changes and that human-caused emissions were causing observable global warming.[1] The scope and diversity of scientific study on the climate crisis increased during the 1990s. The Intergovernmental Panel on Climate Change’s Assessment Reports contains a summary of the research conducted during this time.

How Can One Contribute to a Change?

A miniscule change can make a significant difference in the long run- especially when it’s about the climate. Here are a few vital ways one can make the most of in order to tackle the climate crisis:

Around one-fourth of all greenhouse gas emissions come from transportation, and numerous countries around the world are putting decarbonization plans into place. Leave your vehicle at your residence and cycle or walk whenever you can to gain a head start. If the distances are too considerable, take public transportation, ideally one that is electric. Offer to carpool with others if you must drive to reduce the number of vehicles on the road. Purchase an electric vehicle to stay ahead of the curve. You should take fewer long-distance flights.

Light-emitting diodes (LEDs) utilize half as much energy as compact fluorescent bulbs and 90% less than incandescent bulbs. They successfully use electricity to produce light without releasing heat, which wastes energy. They do this by converting electrons to photons. Your home’s cooling costs will drop if you switch to LED lighting. They will save a variety of costs in the long run because they last longer than other bulbs. Project Drawdown estimates that the widespread use of LED lighting may stop 7.8 gigatons of carbon emissions.

More resources are used up when acquiring new resources, such as when mining minerals or cutting down forests. To make this clear, the production of recycled aluminum products requires 95% less energy than that of new ones. At-home recycling currently accounts for around 50% of recycled materials; if that percentage rose to 65%, it would be possible to avoid 2.8 gigatons of carbon emissions. To ensure your recyclables aren’t contaminating the recycling process, rinse them thoroughly and keep up with local rules. Recycling improperly can also slow the system down and produce extra waste.

The classic money-saving adage is to decide to buy less or not at all. The three ‘R’s — Reduce, Reuse and Recycle — now include “refuse.” Additionally, by not purchasing, you reduce the quantity of waste you put in landfills. Because it differs from person to person, it is difficult to calculate the carbon footprint of refusing, but resources like footprintcalculator.org may help you assess your current ecological footprint and provide practical options for change, like buying less.

Going vegan can reduce your carbon footprint much further than switching to a vegetarian diet. According to a University of Oxford study, even reducing your meat consumption from high to low can minimize your carbon footprint by a third. We could cut carbon emissions by 66 gigatons if half of the world’s population stopped eating meat and avoided the associated agricultural-related deforestation ­— indeed, a crucial insight on the climate crisis.

With experts on the ground and the publication of a flagship report that offers new perspectives on our planet’s pathway to decarbonization, Schneider Electric, is a leader in the digital transformation of automation and energy management. They are actively encouraging climate change efforts on a global level. Schneider Electric was named the world’s most sustainable corporation by Corporate Knights Global 100 Index in February 2021.[2]

The adoption of clean energy, electrification, energy efficiency and other climate-positive technology needs to be accelerated immediately, according to many climate experts, campaigners, and corporations — including Schneider Electric. Each factor contributes individually to tackle the climate crisis on a broader view.

Corporate Emissions: Who’s Responsible for Climate Change and How Can it be Minimized

Changing Climate: What Does It Mean? Part One: Climate vs. Weather