As climate change is the most defining issue of current times, achieving carbon neutrality by 2050 has become an indispensable priority for the world. We are at an overcritical juncture, where climate change is moving faster than us, and every half degree is making a world of difference.

In the simplest terms, carbon neutrality means balancing carbon dioxide released into the atmosphere due to a company’s activities by removing an equivalent amount of carbon dioxide. Corporations have an important role to play in scaling innovative and robust solutions to present realistic and concrete plans towards a zero-carbon economy. Ambitious business leaders have eventually recognized and realized that achieving carbon neutrality by developing a corporate climate action plan is one of the practical ways to build healthier and sustainable economies and businesses.

What Does it Mean to Be Carbon Neutral? 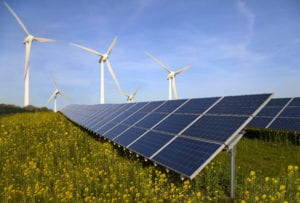 Unless your business completely relies on renewable energy, your carbon emissions are unlikely to be zero. Being ‘carbon neutral’ means that your business operations emit an equivalent amount of carbon dioxide into the atmosphere that you can offset by some other means. Some companies have proactively started working towards becoming carbon neutral companies by devising innovative strategies and adopting advanced technologies such as digitalization, machine learning, and artificial intelligence. Precisely, achieving carbon neutrality means your business’s carbon emissions have a neutral impact on the environment.

Companies have the potential to lead the transition to net zero emissions by 2050. The decisions and steps companies take today would matter to our communities and economy in the decades ahead. So, we’ve collated a few steps to help companies achieve their carbon neutrality goals:

As the first step towards achieving carbon neutrality, companies need to set ambitious goals of net-zero emissions and prepare a corporate climate action or transition plan that the world needs. It will act as a framework for companies to implement their carbon reduction strategies and plans in an organized and calculated way.

Collaboration with technology and strategic partners can prove successful for companies who need assistance in developing and fueling their corporate climate action plans for achieving carbon neutrality goals. They can seek assistance throughout their journey, right from analyzing their emissions based on concrete data to devising robust climate change mitigation strategies and their implementation. Therefore, collaboration with leading companies can significantly help drive change, reduce emissions, and increase the impact.

Strengthening innovation and augmenting investment in carbon reduction strategies while deploying reliable and resilient technological solutions is the key to achieving the ambitious carbon neutrality goals set by the companies. Moreover, as a majority of carbon emissions are due to energy consumption, it is imperative to change how businesses create, manage, and use energy to achieve carbon neutrality. Therefore, it would be logical to begin with understanding how and where energy is being consumed or wasted, wherein digital technologies will play a crucial role. Sensors that can monitor performance, software solutions that will connect the operations with IT systems, analytics, and automation will equip individuals and organizations with the ability to better optimize and manage their environment.  And, the positive news is we already have energy and digital automation technology in place.

Lastly, companies need to advocate the results of the efforts they’ve invested in achieving their carbon neutrality goal. They can do this by pursuing an ambitious and science-based climate policy plan, being a part of the Climate Group’s EP100 and EV 100 initiatives, and joining other global initiatives. As achieving carbon neutrality by 2050 is an urgent and critical mission, it is important for companies to advocate their activities, strategies, and progress proactively. This would play a vital role in helping them become carbon neutral companies.

The world needs to build a truly global coalition for achieving carbon neutrality by 2050. Every company, financial institution, city, and country should strategize and deploy plans for net-zero emissions and act now to get on the track to achieve this goal by cutting down global emissions significantly. Advantageously, technology is on our side. Today, it costs more to run coal plants in contrast to building new renewable plants from scratch. So, it’s time to set ambitious targets, develop a well-structured carbon neutrality plan, deploy technology, invest wisely in global goals of achieving carbon neutrality by 2050 and lead the change.