Climate change has been a topic of debate since forever. But mostly, that is where the conversation ends. Constructive solutions have only been aimed at individual actions; however, the solution lies in collaborative efforts and actions of all the stakeholders, with corporations playing a major role.

The reason behind this is undoubtedly the bulk of greenhouse gas emissions majorly produced by industries. The relationship between big corporations and climate change is multi-layered, and it threatens to displace two billion people due to the drastic rise in ocean levels along with 250,000 additional deaths per year.

According to a study in 2010, greenhouse gas emissions increased by 49 gigatons of carbon dioxide- equivalent per year. To understand the impact of corporate emissions more closely, an annual report, Inventory of U.S. Greenhouse Gas Emissions and Sinks, published by the United States Environmental Protection Agency, estimates the total GHG emissions by various sources like industries, commercial and residential businesses, etc. In 2019, this report comprehended the corporations’ effect on climate change and mentions that industries produced 23 per cent of 2019’s GHG emissions by burning fossil fuels for energy.

If these statistics are anything to go by, in that case, it is evident that corporations affect climate change on an alarming level and banning plastic straws that only makeup 1 per cent of the plastic waste is a very small-scale change. So let’s take an in-depth look into corporate emissions and their significant environmental impact.

We’ll break it down into two major sections for better comprehension – who is responsible for corporate emissions and how can it be minimized. 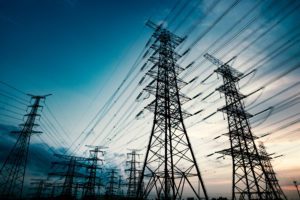 Who is Responsible for Corporate Emissions?

It is imperative to know that global warming and climate change are the by-products of a continuously evolving world. The carbon footprints produced by industries have drastically increased, impacting the lives, livelihoods and the economy. Therefore, it has become imperative for corporations to take urgent climate change action to reduce their emissions.

But then, how should the issue of the corporations’ effect on climate change be addressed? It is only possible by apprehending the history and future of such GHG emissions produced by these industries and acknowledging the environmental impact that it has led to.

About 70 per cent of the world’s historical greenhouse gas emissions are linked to just fossil fuel industries. Therefore, the real game-changer and a big step towards reducing corporations’ environmental impact can be an alternate production method that promotes environmental sustainability. Thus, climate policies should majorly aim at corporations while including all other aspects.

How Can It Be Minimized?

With the constant scrutiny developing around industries that neglect the environmental impact they are causing, there have been steps taken globally to eliminate such industries altogether. Financial penalties and lawsuits applied to fossil fuel businesses have reduced corporate emissions, but there is a long journey to go for net-zero emissions.

Many companies have taken it upon themselves to reduce GHG emissions and cut down on fossil fuel-generated energy sources by various pathways. These pathways focus on decarbonization projects that identify sustainability as a four-point route: electricity decarbonization, electrification, carbon capture and energy efficiency.

Though big corporations have made a negative environmental impact and contributed to climate change, this effect can be significantly altered and minimized with innovative climate change mitigation strategies. Here are a few of them:

Businesses and industries need to come up with a climate action plan across all units which will include decisions like type of environmental goals to be achieved, to what extent and what market mechanisms like internal carbon pricing are relevant for solving the dual purpose of minimizing carbon emissions and developing innovations across the company.

The energy use of corporations typically comprises about half of their carbon footprint. Therefore, lowering facilities’ energy can significantly reduce corporations’ environmental impact and cut down energy bills. This may include using energy-efficient lighting, energy-efficient appliances, changing your office into a smart office with automation systems and technological advancements.

A company’s carbon footprint is determined by the emissions that occur outside the company, such as the one’s produced up and down the supply chain. Therefore, systematic reduction of emissions at each of these supply chain levels can become a stellar example of the power of coordinated efforts for zeroing down the emissions.

Proper employees’ training can significantly reduce emissions and corporations’ effect on climate change. A few other things corporations can do in this direction would include making their pledge to reduce emissions public and helping their employees understand its relevance, motivating employees to make steadfast commitments and so on. In addition, training and educating them appropriately can make a significantly positive impact.

Digitization and decarbonization have become megatrends that force industries to fundamentally alter their traditional business models. As digital transformation involves the use of advanced technologies such as the Internet of Things (IoT), artificial intelligence and big data, it provides you factual data to estimate your corporate emissions, automate systems, reduce energy usage and much more.

The advent of advanced technologies and corporate sustainability initiatives like reducing carbon emissions and achieving energy efficiency has brought about an attitude that instils climate-resilient programs at the forefront of corporations’ social and environmental responsibilities. Therefore, these pathways and strategies that aim to reduce corporate emissions can make a significant impact and contribute to the world’s sustainable growth.

Corporate action on climate change needed more than ever

Policy Paralysis on Climate Change – Why We Must Reverse the Trend