Rachel Hotchkiss – Safety, Environment, and Real Estate Manager talks about how Schneider Electric is committed to give back and support nature, helping to ensure biodiversity thrives across our sites. 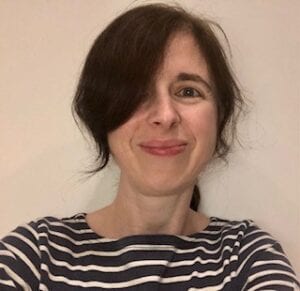 Schneider Electric published a White Paper in October 2020 which documented the results of its end-to-end biodiversity footprint assessment. The assessment highlighted the biggest impact that Schneider could have on biodiversity, was to significantly reduce its carbon emissions. And so, Schneider made the pledge to reduce carbon emission by 100% by 2030.

At the start of this year, each of the sites has been tasked with improving their Biodiversity.

Schneider’s Site at Telford is 30 years old, it is on an Industrial Estate with other industrial units and it was built on a brownfield site. It is situated between the Railway Line and the M54  Motorway. Yet despite its industrial setting, the site is used by a surprising amount of wildlife, including Starlings roosting on the roof at the front of the site in the autumn/winter, owls living in the trees at the rear, and a flourishing rabbit population. Therefore our plan is to encourage more wildlife and a greater range of species onto the site. To do this we are going to start with increasing the insect population.

“The site is used by a surprising amount of wildlife, including Starlings roosting on the roof at the front of the site in the autumn/winter, owls living in the tree’s at the rear and a flourishing rabbit population.”

To grow native wildflowers and Grasses

The areas chosen have been rotavated and UK native grass seed and wildflowers have been sown. Those chosen to re-wild, are areas that were mossy and shady and the grass failed to thrive, or are in areas where it is quite difficult to access with a ride-on lawnmower. The grass and wildflowers will be mown once at the end of the summer and in the meantime will attract insects to the site which the birds can eat.  They will also provide colours and flowers which can be enjoyed by visitors to the site. We have sown 110m2 of wildflowers and grasses this year.

Encourage birds to nest on the site

Broken pallets have been upcycled into birdboxes and these have been placed in trees around the site, this will encourage birds to nest on site.  We have 6 bird boxes and an owl box in place. 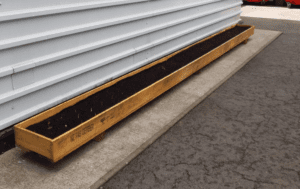 This is the first year of the Biodiversity project. The next steps will be to plant more trees along the boundary of the site, build a bug house so insects can shelter over winter, and install a pond.

So watch this space! We’re part of the solution #ForNature