Home Sustainability Carbon Capture, Utilization and Storage (CCUS): what we need to know 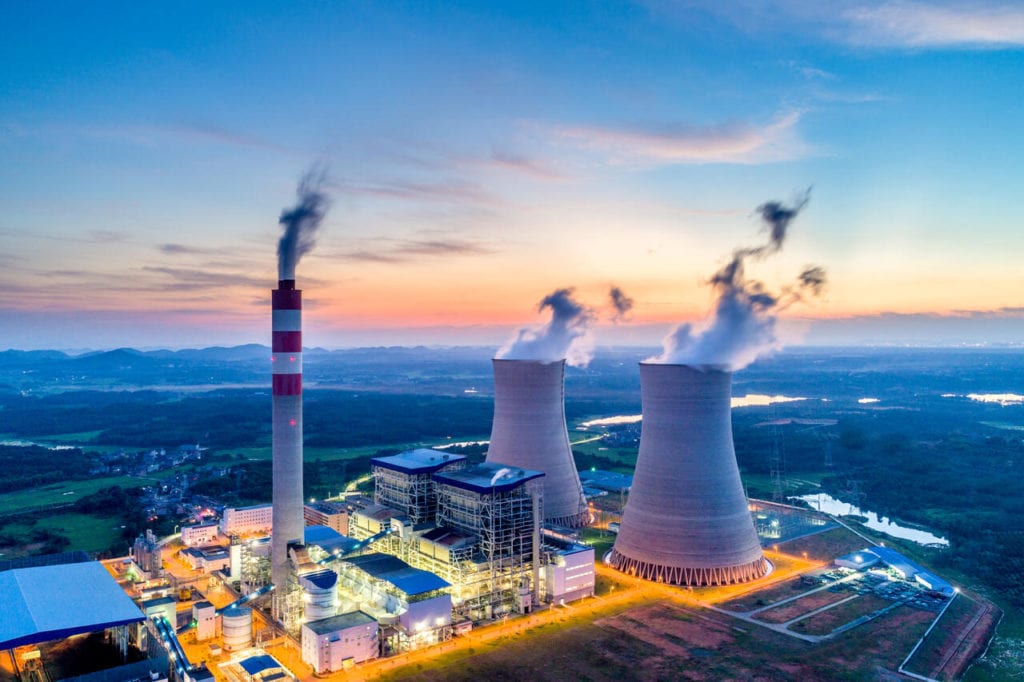 The importance of the CCUS.

Carbon capture, utilization and storage, or CCUS, is an integral element to achieve net-zero goal by contributing emission abatement in key industrial sectors and removing CO₂ from processes that are challenging to avoid. After years of slow progress, new investment plans and strengthened climate goals are building new momentum behind the CCUS. Some projects date back multiple decades, such as “Sleipner” in the Norwegian North Sea, while others remain under development, like the “Northern Lights” in Norway or “Acorn” in the UK.

According to the Global CCS Institute (GCCSI), the CCS technology is capable to capture up to 90% of the CO₂ emissions produced by the burning of fossil fuels to generate electricity, as well as those used in industrial processes, and prevent it from polluting the environment. According to the International Energy Agency (IEA), the CCS method could reduce greenhouse gas emissions worldwide by up to 14% by 2050. Globally, the goal by 2050 is to capture approximately 5 billion metric tons of CO₂ per year to keep global warming below 2°C.

The GCCSI highlights 19 large-scale CCUS facilities currently in operation, most of them in the United States mainly related to CO₂-enhanced oil recovery, with an additional 4 under construction. According to GCCSI, existing installations have the capacity to capture about 31 million tonnes of CO₂ per year, and in 2019, more than 25 million tonnes of CO₂ from the power and industrial sectors was permanently stored using CCUS.

What is the CCUS technology?

First, CCUS involves capturing of CO₂ from industrial emission sources, before transporting it to be stored in deep underground geological formations. 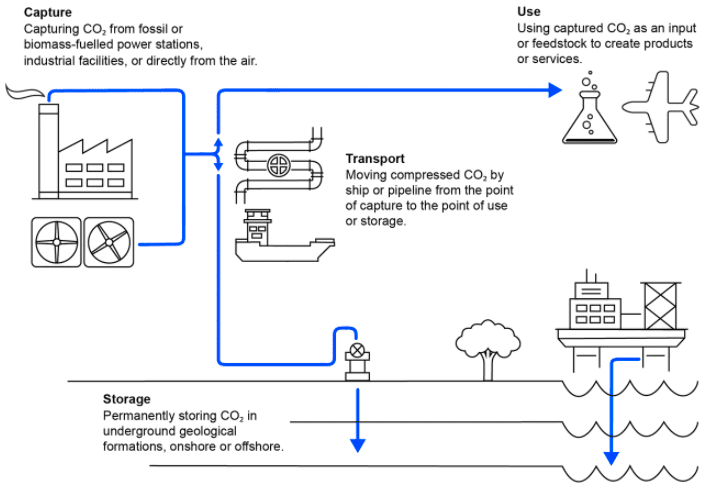 Once the CO₂ is captured, it is purified to control the level of impurities in the CO₂ stream, then compressed into dense phase to be transported by road-tankers, ships or pipelines. For storage, CO₂ can be pumped underground, usually at depths of 1 km or more, or stored in depleted oil and gas reservoirs, coalbeds or deep saline aquifers, where the geology is suitable.

Having said that, captured CO₂ could alternatively be used to produce commercially marketable products. Currently, the most well-established form of CO₂ utilization is CO₂-enhanced oil recovery (EOR), where CO₂ is injected into mature oil and gas reservoirs to increase the production. Other forms of CO₂ utilization are still under investigation and at early technological development phase. These include using CO₂ in concrete or plastic materials or converting it into biomass – for instance, by feeding CO₂ to algae, which are then harvested and processed into biofuel for transport.

Today, leading oil and gas companies are betting big on CCUS, since its role in the world’s energy transition continues to gather importance. Increasingly, European energy players like BP, Total, Eni and Equinor, are investing in new projects, including CCUS, and pledging to achieve “net-zero” status by 2050 or earlier.

French Major, Total, announced that 10% of its R&D budget ($100 million per year) will be allocated to CCUS. To achieve that goal, the company created Total Nature Based Solutions in 2019. In CCUS area, Total plans to participate directly or indirectly in large-scale pilot projects. The Major also supports the Oil & Gas Climate Initiative (OGCI), which manages an investment fund of over $1 billion for clean technologies, including CCUS.

In May 2020, Equinor, Shell and Total made a historic investment of $750 million in the Northern Lights project in Norway that has a potential to store millions of CO₂ underground. The project will be developed in several phases. Phase 1 includes capacity to transport, inject and store up to 1.5 million tonnes of CO₂ per year. All the facilities are scheduled to be operational in 2024.

Another O&G Major, BP, is involved in CCUS research, development and projects including the Net Zero Teesside project in the United Kingdom. The company is currently leading a group looking to build a zero-carbon cluster at the UK’s Teesside industrial complex, which includes oil refineries and chemical factories. It’s part of a project run by the OGCI, which includes Shell and Total. Partners plan to transport 17 million tonnes of CO₂ every year from 2 separate CCS projects based on England’s east coast. Companies plan to ensure that almost half the UK’s industrial emissions will be stored beneath the North Sea starting from 2026.

While European Majors invest in CCUS projects with long-term benefits, their American peer, ExxonMobil, is working to develop new CO₂ capture technologies with a goal of reducing large initial costs and complexity of operation. ExxonMobil and FuelCell Energy had recently partnered to develop CO₂ capture technologies using carbonate fuel cells. ExxonMobil is also developing sub-surface CO₂ storage capability by leveraging experience in the exploration, development, and production of hydrocarbon resources. This expertise is key to permanently storing CO₂ deep underground in a safe and secure way.

Leading oil and gas producers are not the only ones betting big on CCUS. Oilfield services provider Baker Hughes has recently announced acquisition of “Compact Carbon Capture (3C)”, a pioneering technology development company specializing in carbon capture solutions. This deal highlights Baker Hughes’ strategic commitment to the energy transition and company’s plan to provide decarbonization solutions for carbon-intensive industries, including oil and gas.

Are there any drawbacks to CCUS? Recommended actions.

It is clear, that many of our customers are getting on board the CCUS train, to address the climate issues.

While CCUS technology is well understood, several concerns remain, i.e. possible environmental damages that could be caused by CO₂ leakages or high capital costs. Research and development efforts are trying to reduce the unit cost – the spending required to capture a tonne of CO₂ – has already declined.

It remains critical for governments to ensure that the right policy frameworks are in place to give industries the business models and confidence to invest in CCUS projects. That could help advance the public’s understanding that CCUS is a safe and reliable technology.

In fact, an improved investment environment has already contributed to a growing number of CCUS projects in Europe and the United States. Further, new deployment approaches such as CCUS clusters and hubs can facilitate scale-up. This consist of decarbonizing a regional network of industrial emission sources and developing a centralized infrastructure to transport and store the CO₂, benefiting from economy of scale as well as political and financial support.