Home Sustainability Where Europe is, is there “ahead”?

No other continent is as sensitive to sustainability issues as Europe – but is that enough?

In December 2019, the European Commission announced the #GreenDeal. Put another way an entire continent declared climate neutrality to be a common goal by 2050 and positioned itself as the mastermind and implementer. Let that sink in!

This isn’t a case of unrealistic utopians at work, but rather an established political body that formulates the European growth strategy toward a modern, resource-efficient, and competitive economy. However, it becomes abundantly clear that Europe is in the process of shaping its own leading role.

Does the world need the EU’s positioning? 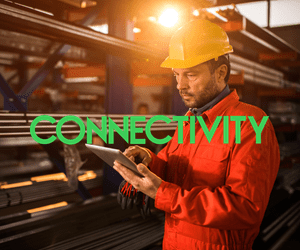 The transformation of our industry – in Europe and worldwide – is being massively accelerated by the current COVID-19 crisis. What we now really need from politicians is to set the course to speed up implementation. This is explicitly listed in the open letter by the CEO Initiative for Europe’s Recovery, Reform and Resilience to the European Commission, European Council, European Parliament, and the EU Commission. Digitalization and sustainability will not just be the keys to more resilience and decarbonization. They form the basis for economic and social development, which we owe to the present and to all future generations.

The European Union can make specific contributions. It can develop a robust price mechanism for CO2 emissions and bring energy taxation in line with climate goals. It can launch a financing package for the modernization of energy networks – with a focus on distribution networks – though giving priority to investments in digitization, sustainability, and software technologies. And it can provide tax incentives to encourage the development of technologies that will increase the use of renewable energies in the heating and cooling sector by at least 1.3% a year. To name only a few special measures.

And the EU can live up to its own ambition to make Europe the global model for the digital economy.

And a digital single market?

The digital transformation was underway long before the pandemic. During the crisis, companies that were already fully connected had a significant advantage. And those that weren’t must now catch up. The COVID-19 pandemic was a massive accelerator of digitization, reinforced by greater demand for stronger resilience, efficiency, and sustainability.

Key to the EU’s Digital Strategy is developing and promoting digital standards internationally, creating a seamless single market in which companies of all sizes and sectors can compete on equal terms – developing, marketing, and using digital technologies, products, and services. Their aim is to increase productivity and global competitiveness while respecting consumer rights and ensuring the protection of personal and sensitive data.

That is what we really need! We need to focus much more on a value-based approach – especially when dealing with artificial intelligence. And we need to strengthen Europe’s sovereignty by building our own capacities in key technologies, especially in the B2B area. Additionally, we need to catch up with the U.S. and China, not in the protectionist sense, but by creating a strong “data space” in Europe with incentives for an EU-based digital platform.

It is only in the interaction of politics and industry in which lies the strength for implementation. The political bodies create the reasonable framework, and the industry demonstrates and proves its strength by breaking new grounds and developing its own technologies. With the corresponding economies of scale.

The digital and green transformation is the only way to stay competitive, attract talents, and stop climate change. The European economies have the unique opportunity to take a leading role in the global context!