Home Sustainability America’s Infrastructure at a Crossroads: The Importance of Public Private Partnerships

America’s Infrastructure is at a Crossroads 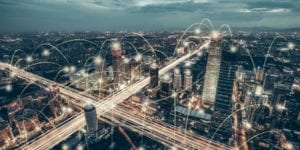 It was not until I lived overseas and began traveling throughout the world that I was awakened to the fact that U.S. infrastructure is crumbling. Comparing many of our airports, roads, bridges, seaports, drinking water systems, railroads, and waste-water treatment plants, to many foreign countries- confirmed that the United States is falling behind. The electrical grids that provide power to fuel the country are inadequate and vulnerable to hackers.

These shortcomings impose huge societal costs including lower productivity, and a variety of other undesirable effects, notably our national security. Based on the most recent U.S. infrastructure report card, the U.S. scores a measly D+ with more than 4.5 trillion dollars required for infrastructure by 2025. “We are still driving on Eisenhower’s roads and sending our kids to Roosevelt’s schools,” says Blaine Leonard, the former President of the American Society of Civil Engineers (ASCE).

[Tweet “Continued deterioration of the nation’s infrastructure will cost the US GDP $3.9 trillion”]

Infrastructure is a far more influential on the well-being of every human being and especially families, communities, businesses, work forces, and the distribution of our supply chain than is generally recognized in academia or in political discourse. Over the coming years, the U.S. must increase current overall infrastructure investment by 0.5% of GDP from now until 2035 just to keep pace with conventional infrastructure needs of the country. The ASCE predicts continued deterioration of the nation’s infrastructure will cost the US GDP $3.9 trillion, $7 trillion in lost sales, and a loss of 2.5 million jobs by 2025, again absolutely staggering as we fall into a downward spiral.  We are facing a negative sum game, but with proper planning, could become a positive sum game with an influx of innovation and economic revitalization!

How do we even begin to address these overwhelming statistics where it appears the odds are stacked against us, especially given this rapidly advancing and uncertain environment we find ourselves in 2020? Van Jones said, “the time has come for a public-private partnership to fix this country and put it back to work!” Most of our forward-thinking leadership agree; Public Private Partnerships (P3) is a way to complete vital infrastructure projects that benefit individuals and municipalities, using alliances between public entities and private sector companies. 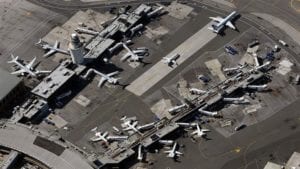 The overarching strategy of P3s is how it sets the tone for a project; ensuring allocation of resources and capabilities to integrate the major goals, policies, and action sequences into a cohesive whole. Private Public Partnerships place a unique focus on political and commercial strategy, program management, and execution to create a tectonic shift from the current arcane and cumbersome “race to the bottom” we have been witnessing for large scale infrastructure project development and procurement.

Most infrastructure projects are awfully expensive. P3’s present expanded capital opportunities for financing by private partners who are responsible for raising and providing a blend of equity and debt for the total project. Traditional infrastructure procurement relies on agency revenues, federal grants, or municipal bonds. The largest public-private partnership in U.S. aviation history is already underway, completely transforming LaGuardia’s Terminal B.

At Schneider Electric, we developed a joint venture “AlphaStruxure” with the Carlyle Group to deliver clean, resilient, and cost-effective energy systems – with zero capital. AlphaStruxure is working to build airports, seaports, buildings and water systems that are efficient, use renewable energy, and are a pillar of the communities they operate in.

As we collectively look towards the future, P3’s must be encouraged and continue to gain traction across the country to safeguard innovation and next generation leadership. We must approach the third industrial revolution with a collaborative approach at the onset of an infrastructure project to achieve and exceed the project owners ambitions, along with the American people and the almost 80 million international visitors the country welcomes each year.