Indian retail sector has been growing rapidly with various factor effecting to its rise. The few vital factors would be the increase in digitization, purchasing power of consumers, urbanization and rapidly changing lifestyle of the consumers. 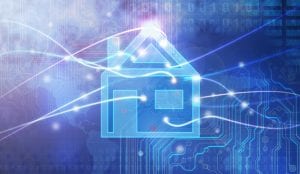 When closely observed, its seen that there has been a great penetration of the bigger brands in smaller cities and people of India are able to enjoy the top MNC brands that previously were not in their reach. This can be directly linked to the increase in purchasing power of consumers. Superior customers experience has noted elevated intensity and the consumers are looking up to goods that a decade ago was not a part of their lifestyle.

In years there have been many foreign brands which have understood the Indian market and have established firmly in the Indian market. They continue to flourish as the consumers are buying their products. This is a very good & positive sign which shows the changes occurring in retail industry. Foreign Direct Investment is another vital reason for increasing consumerism. With the liberalization of FDI, there will be a hike in investments pumped in by major companies. With this we can also see a positive change in the lifestyle of consumers. The taste and preferences of consumers in India has been changing. And this is bringing India, at par with the consumption pattern of the developed nations. Changes in Government policy have attracted many international giants to look for a favorable chance of prosperity in Indian retail market.

The ease in government norms regarding FDI has made India relish & enjoy the consumption pattern that is being followed across developed nations. Goods and Services Tax (GST) is another major step that has been taken in terms of retailing. This has impacted & given a boost to the foreign brands and they are keen in investing into Indian market. When there is one single framework applicable to a huge variety of investment procedure then the foreign brands are highly keen in making a penetration. Present scenario of Indian retail industry is the replica of the same.

Be the Change: Indian Youth for energy conservation