“Now listen to me closely, young gentlemen. That brain is thinking. Maybe it’s thinking about music. Maybe it has a great symphony all thought out or a mathematical formula that would change the world or a book that would make people kinder or the germ of an idea that would save a hundred million people from cancer. This is a very interesting problem, young gentlemen, because if this brain does hold such secrets, how in the world are we ever going to find out?”

Despite the wistful quote above from “Johnny Got his Gun, Dalton Trumbo, 1982”, what really inspired me to write this blog was a quote from Anthony Jones, Chief Marketing Officer at Philips Healthcare. “When you talk to a disabled patient you find out pretty quick how frustrating it is, having to ask for help for virtually everything. If you can just restore some of that it has a huge impact on their quality of life”

Advances in Electroencephalography equipment and Neuroscience have allowed us to interface directly with the human brain via sensors that read and transmit brain waves. These new technologies have allowed researchers to introduce a new way of brain interaction. This is called Brain Computer Interface (BCI) or Brain Wave Technologies. 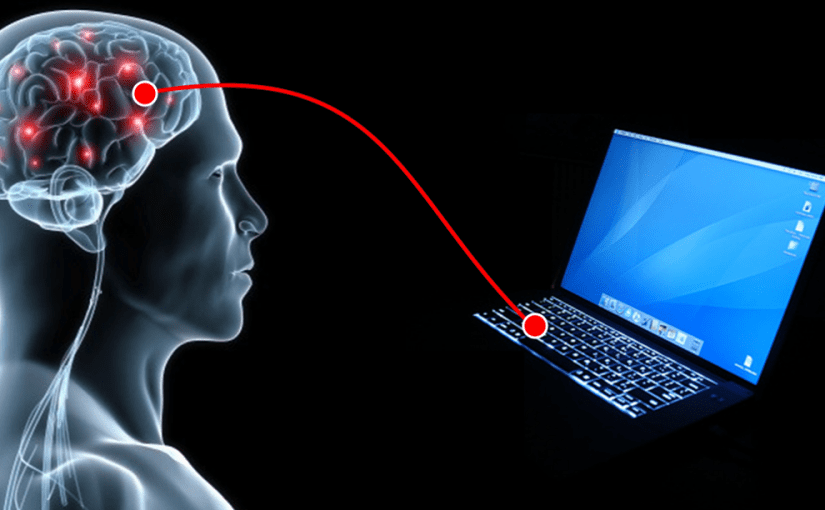 BCI has had a significant impact on paralyzed patients’ lives where various applications were designed for controlling wheelchairs, moving a mouse cursor on the screen, and typing. Another study demonstrated how a monkey was able to control a prosthetic arm with his brain in a way similar to controlling a natural arm. NeuroSky, is one such manufacturer of BCI technologies that adapts electroencephalography (EEG) and electromyography (EMG) technology. The first use of Neurosky’s technology was by the USA Olympic Archery team to improve their game. It was found that elite archers had a state of both mental calm and concentration just before releasing the arrow. This technology was leveraged by Olympic coaches to train mid-level archers to reach that ideal mind-state. Neurosky also launched a game called MindFlex in collaboration with Mattel for the 2009 Christmas season. It is a game in which players would lift a ball and move it through a maze just by the power of concentration. Mattel sold out its entire stock five weeks after launch. Uncle Milton Inc also partnered with Neurosky to launch the Star Wars Force Trainer game which was similar to MindFlex except that the ball was a look-alike of the one Luke trained on to control the Force. A researcher at the University of Minnesota demonstrated the power of thought by mind-controlling a remote controlled helicopter through a series of hoops around a college gymnasium.

In a Harvard Medical School experiment, the researchers assigned a participant from India to wear an internet-linked EEG and think up with a simple greeting that a computer translated into digital binary code. The message was then emailed to France where it was transmitted to three other (blindfolded) participants through flashes of light directly on their peripheral vision. Although none of the receiving participants heard nor saw the word, they correctly decoded the message. Leveraging a similar experiment, University of Oregon researchers claim to have invented a device that is able to observe what a person is thinking. These achievements open up a valid question – What is the point of learning a second language if in the future we can communicate with mere brain wave headsets? Paradoxically, learning a second language offers the physical brain a chance to grow in new and meaningful ways. The study of a new language is often suggested to early Alzheimer’s patients to help stimulate the brain’s proper functioning. Hence, my brain is still at a dilemma whether to be an advocate for this technology for non-medical usage. In such moments of uncertainty, my predilection for Delta brain waves offers the much needed tranquility.