Ensuring that Life Is On!

What do 675 Myanmar villagers, one of Canada’s most energy-efficient buildings, and six emergency housing units in France have in common?

Recently I blogged about a project at Junior Achievement in Tennessee, USA, where Schneider Electric donated building automation systems to help that non-profit organization prepare students to be our future business leaders.

Now, I want to share a broader view and show you even more ways that Schneider Electric is proudly doing its part to make the world a better place. Energy is vital to economic success and growth, yet in underdeveloped countries energy shortages are commonplace and are helping to keep millions of people in a state of poverty. At the same time, excessive or careless energy use contributes unnecessarily to climate change, and that represents a potential threat to everyone on our planet. So, what can we do when the challenges are so great? There’s no doubt we need worldwide cooperation among peoples and nations. But we don’t have to wait to act, because responsible companies can begin taking steps now. Here’s a quick look at some of the ways Schneider Electric is investing in a better world today. 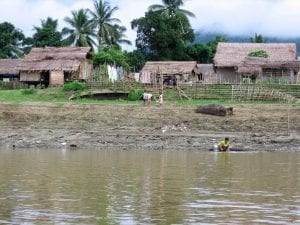 According to the International Energy Agency, some 1.3 billion people in the world are energy-poor, meaning they simply don’t have the energy access they need to build a better economy and life.

Working with Golden Key Company (GKC), an agro-based company with a sales and distribution network in Myanmar, Schneider Electric helped electrify upwards of 800 households throughout the region. Each household now has access to 24 hours of lighting and mobile charging. In many places, we take energy access like this for granted. But for these 675 households, the effort has been life-changing. Now for them, Life Is On!

On the other side of the world, a non-profit Canadian organization called Earth Rangers™ educates children on the importance of protecting biodiversity and sustainable behaviors. To help with their mission, Schneider Electric donated building automation, metering, security, lighting controls, and energy management tools for their facility in Toronto. Thanks to this effort, the facility is one of the most energy efficient buildings on the planet. It’s now LEED-certified Platinum, the highest rating possible. Wow! Indeed, Life Is On there!

But, it isn’t always about energy. Sometimes people just need a roof over their heads. That’s why the Schneider Electric Foundation joined with La Varappe Group to launch an innovative project that fully contributes to a circular and solidarity economy. This sustainable social housing concept, called ‘Habitat pour tous face à l’urgence’ (‘Emergency housing for all’), resulted in six housing units with one or two bedrooms each. Built by 10 people on work/study programs, these houses deployed in a record time of just three months — and at 40 per cent less cost than a traditional home! Once again, Schneider Electric helped to ensure Life Is On! 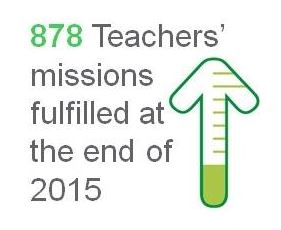 Here’s one final example: Schneider Electric Teachers, established in 2012 as part of the Schneider Electric Foundation, supports and promotes voluntary commitment from current and retired Schneider Electric employees. Partnering with governments and private groups, the organization provides teaching and professional training programs for disadvantaged young people on every continent. Even through mentoring and expertise, we ensure that Life Is On!

With more than 6,000 employees involved in volunteer work all over the globe, we have contributed millions of dollars and countless hours … all at the forefront of creating sustainable solutions and a better environment. Schneider Electric and our employees are working to make a difference in the world. Every effort makes someone’s life better, and helps move the world toward a better future. And in the process, it makes us a better company.

As always, I encourage you to share your thoughts with me below. I am eager to hear what you think!

Yes, You Can Serve Your Community and Maintain a Work-Life Balance!

Life as a global citizen at Schneider Electric