It was a blistering hot day outside, but the conference room was cool. The huge wall signs looked bright with company colours, smiling faces and profound statements. She was part of a team which was working out a complex change in the selling model which would impact several areas of the business and the organisation.  As the team leader drove on with the plan, she felt that they were not prepared. She wanted to reach out to some of the panic stricken colleagues, impacted no doubt by the uncertainty of the whole exercise. She felt for them and feared that the change initiative would not take off.

But the leader pushed on; laying out structure after structure on how each stage will be executed and by which timeline each milestone must be achieved. He also emphasized on the need for discipline and how those who did not follow the instructions must be punished while good foot soldiers would be rewarded. She had a sinking feeling.

She is not alone. Women leaders in business may go through this experience in their work life.

While there is great risk in generalization, it has been found that women leaders have special attributes which are often different than men. This is based on stu 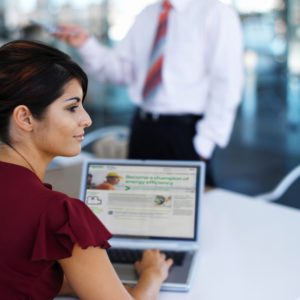 dies undertaken in the business world in several countries, developed and emerging.  Women leaders have the quality to understand and influence their colleagues. While men have been found to be emotionally detached in general, operating through structure, process and power, women like to be connected emotionally, listening to their teams, being cooperative and empathetic; they like to take the group along.  Assuming the same level of technical skills and managerial skills in running processes, a person with better skills in collaboration, adaptability and flexibility will be able to influence better and be more effective.  So I consider these attributes in women leaders to be valuable in Transformational Leadership.

Transformation has its pains. It involves breaking and rebuilding.  Women leaders have been found to be able to recover faster after a rejection or setback.  This is true in life as a whole, beyond the workspace. Behavior scientists feel that women show up to be more resilient perhaps due to the way they are groomed from childhood.  Whether it’s loss of a loved one or a change in the life support system, women recover, in spite of the stronger emotional attachment that they have. This is a remarkable trait for change management.

Diversity in a male dominated world 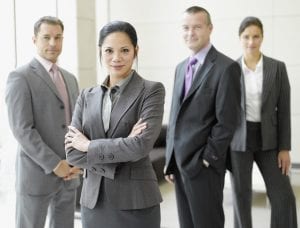 While women come with certain inherent attributes, they have had to fight hard to gain entry and succeed in the male dominated corporate world. Only 3% of companies in the Fortune 500 list have women CEOs. A Harvard study on global companies shows that women with the same credentials as men get placed in slightly lesser starting roles and have lower average salaries. More women leave their first jobs for a difficult boss than men do, and they climb the corporate ladder slower than men. I believe the actions which show the above results are not always consciously carried out by male decision makers. These facts indicate a difficulty among male leaders to understand the value of women in the workplace.

As the economic world evolves, businesses will have to go through rapid change.  Leaders will have to sense the need for change, and take the whole team along through this journey. The attributes that women leaders possess are well suited for such transformation.  The ability to tirelessly explain the need for change, stay connected with the team while nudging them along, evolving new techniques, facing failures and recovering, would be critical elements. The alpha male way of dictating and demanding is not good enough to bring about a major transformation. But is collaborative and sensitive way of leadership effective for decision making and speed? I looked up some studies and they show that women leaders in general are strong decision makers and persuasive, along with being good listeners and empathetic. I have seen this in some of my women colleagues, so I agree.

To do it your way! 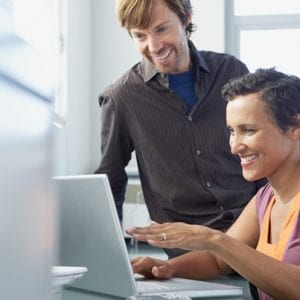 Having said all that is said above, women often try to be like men in the workplace, displaying the same attributes and trying to compete on the same basis. This is not surprising, considering the fact that women after all are judged by male bosses most of the time, who may not understand the value of the female attributes. However, the game must be played with one’s best abilities. So women have to find a way to do it their way, using the attributes that they so strongly possess. Only then will businesses get their full value.

The world is changing for me as a male leader

As a male leader, I would like to see how I can create an environment where a woman colleague can operate with her strengths. How do I provide the space for her to perform before judging her? There is value in He For She! Equally, male leaders have to learn some of the women’s attributes of operating collaboratively, adapting to change, being flexible and staying connected with the team in order to understand and influence the team.

The way performance is measured and rated may be a problem as it may not be adequate to measure effectiveness of transformation. Typical short term targets, tuned to quarterly results of corporates, cannot be applied to measure transformation. A transformation initiative must have indicators which involve people and business model change milestones, to assess progress. Financial performance indicators must be applied only selectively and at different intervals than usual, to measure success of a transformation initiative.  This will also help in understanding the value of contribution of team members including women. More on this later!

Recognizing Women’s Empowerment as a Catalyst for Business and Change

Nurturing our next generation leadership across a multi-local business landscape