A startling fact about climate change is that for every degree of global temperature increase, grain yields fall 5 percent. With temperatures rising by nearly 1% since 1880, the United Nations has called for a renewed push on controlling the chief cause of climate change: carbon dioxide.

But how can businesses and electric utilities contribute to lowering CO2 — whilst also becoming more efficient and profitable? 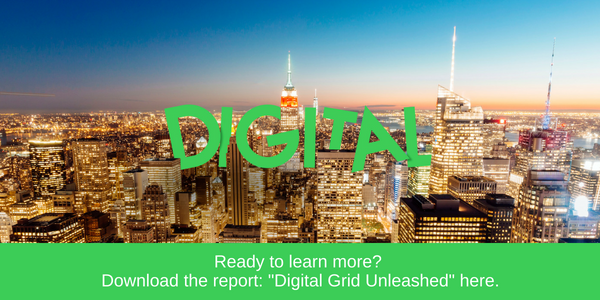 Microgrids: These are zones where energy can be managed autonomously. University campuses, industrial plants, and factories, are common examples. A microgrid can manage resources within its perimeter. These might include generation units — such as wind turbines, solar panels, and traditional fossil fuel generators — and energy storage. The microgrid weaves these power units into a single manageable whole. Power from the outside can be balanced with internal production. If needed, microgrids can run on an optional “islanded” mode, disconnected from outside power sources.

The rise of the ‘Prosumer’

Microgrids keep electricity flowing no matter what conditions or events are at play. Demand is also an important part of the equation and can be managed by new digital technologies. A microgrid monitoring system, such as Schneider Electric’s EcoStruxure Microgrid Advisor, ensures that decisions can be made according to real-time conditions. It is possible to know when to generate power, when to store it and when to buy it. Stability, power quality and the financial outcome are all improved as a result. Renewable credentials can also be boosted since a microgrid makes it feasible to blend alternative power generation with traditional sources. Consumers of power can now be producers too. They can feedback to the grid which allows these independent ‘prosumers’ to make significant savings.

Uninterrupted power during times of disruption

Montgomery County government in Maryland used microgrids to cement its reputation as one of America’s leaders in green technology. Schneider Electric and its partner, Duke Energy Renewables, proposed a strategy for the County to install two advanced microgrids and upgrade its outdated electrical infrastructure. The microgrids integrated a variety of power sources including major natural gas generators and photovoltaic, running in parallel with the utility grid. Since Montgomery is vulnerable to storms, which have previously left 250,000 citizens without power, a microgrid offers a failsafe in times of disruption. Plus, it allows local low-emission facilities to contribute to the energy mix — in particular solar and combined heat and power (CHP) plants. It’s now a key part of the County’s mission to lower emissions by 80 percent by 2050.

Green power and analytics pave the way to decarbonization

Grid Automation: A second — and larger scale — example is the way utility companies are achieving higher levels of control and analysis and moving closer to decarbonization. Italy’s largest electricity distributor Enel is undergoing a switch to renewable energy with the goal of being carbon neutral by 2050. How can it do this? The solution lies in marrying green power generation with digitalization. Enel works with Schneider Electric to achieve this by adding sensors to equipment and gathering data across all systems. It feeds this data into a centralized visualization model. Now Enel can perform high-level analysis on voltage management, distributed generation, frequency control, demand response and smart grid management data. Green power sources like solar and wind can be woven into the mix smoothly.

The results? More than 40 per cent of Italy’s energy is now renewable. CO2 emissions have been reduced by 75,000 tons CO2 per year. Christian Noce, Enel System & Project Manager says “the increase in renewable energy sources is a common objective for many countries (but) in Italy it is already a reality.” Furthermore, Schneider Electric’s Advanced Distribution Management System (ADMS) helped reduce energy loses by about 144Gwh per year, which Christian said “is equivalent to the energy consumed by approximately 50,000 Italian households per year.”

Energy experts call it the new world of energy, and these are just some of its components. It’s a phrase we are all going to be hearing a lot about.

How microgrids can create carbon-neutral buildings and reduce energy costs

The Future State: Growth of Distributed Energy Resources and Microgrids