Austin Energy, the eighth largest community-owned utility in the U.S., serves more than a million residents in and around the capital city of Texas. The utility’s mission is to convert “big data” into useful information, provide more reliable customer service, and improve energy efficiency, in part by creating a safer, stronger, more resilient power grid. Austin Energy chose an EcoStruxure solution, including Advanced Distribution Management System (ADMS) to deal with their data dilemma.

The Texas-based utility needed to better manage the effects of severe weather, which is the number one cause of power outages, costing the U.S. economy billions of dollars a year in lost output and wages, spoiled inventory, delayed production, inconvenience, and damage to grid infrastructure. 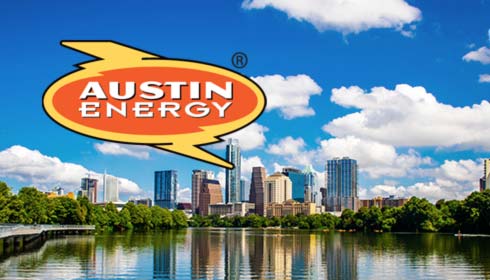 Smart grid technology that can withstand the impact of severe weather conditions and increase resilience can improve the overall effectiveness of grid operations, leading to greater efficiencies in energy use, reduced carbon emissions, and the ability to support the integration of a growing number of distributed energy resources.

In their effort to create such a resilient grid, Austin Energy was looking for a partner that could help it to implement the latest smart grid technology.

Austin Energy sought to reduce power outages due to severe weather and create a safer, stronger and more resilient power grid. In pursuit of that mission, and with the knowledge that an advanced distribution management system (ADMS) enables better operational decisions by integrating millions of data points into a single, simplified user experience, Austin Energy chose Schneider Electric to implement an ADMS.

Prior to rolling out the advanced distribution management system, Austin Energy conducted a pilot to assess technical feasibility as well as the costs and benefits of installing such a system.

The pilot comprised monitoring and control of various distribution automation devices over a mesh radio network. Simultaneously, the utility modeled a two-substation area to assess the validity of the geographic information system (GIS) model, as well as the model’s ability to communicate the data needed to calculate and solve load flow and fault current. Both models produced positive results.

Additionally, the ADMS offers better tools for responding to system disturbances such as those caused by severe thunderstorms or high winds, thus increasing the dispatch team’s situational awareness and improving reliability.

Less than two years from the start of the project, Austin Energy and Schneider Electric successfully completed the rollout of the comprehensive ADMS platform.

The deployment proved effective right away, successfully managing Austin’s network with improved visibility and control through the Texas summer storm season. The utility has established additional goals, including customer satisfaction of 82%.

For Austin Energy, the most impactful change has been in the control room. Operators now depend on a fast, highly reliable system, with access to more real-time information on the same system, such as load flow information, locations of crew vehicles, and SCADA and OMS information.

The system assists the utility with validating any changes made to the topology of its system, and the access to load flow information provides better insight into what load operators are actually managing. Plus, the utility now has access to a dispatcher training simulator for the ADMS, which provides operator training for critical scenarios.

From 5% to 94% Grid Visibility: How Ecuador Modernized Its Energy Distribution Network with ADMS