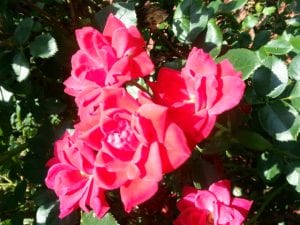 Pretty is as Pretty sounds

Would you buy a car named “Drinks Gas, Turns Wheels, Spews Fumes”? Well, maybe, if you’re an engineer; otherwise “Cobra” does a much better job firing the imagination and generating desire. Some may remember the Dodge Omni GLH which added a monstrous turbo to an otherwise lackluster little car. The not-too-well-kept secret at Chrysler was that GLH stood for “Goes Like Hell”, which it did, on the street and out the showrooms.

We love great names and often reward not wonderful products with cash if well presented. Someone somewhere coined the term “Demand Response”, which meant nothing to anyone. We’re left to wonder who and why. The early days of DR were the wholesale days dominated by finance and engineering types, so the name didn’t matter. Now the landscape is changing, and it matters a lot.

Low gas prices, new gas generation, strides in energy efficiency, and new transmission lines have lessened the need for “traditional” DR. ISO-NE last called a DR event in January, and that was to preserve gas transport capacity (see where the transmission focus has shifted?). 2012 had no events; and golly, those wholesale DR prices just aren’t what they used to be.

So is DR fading away? Not a bit, but it has changed neighborhoods. Techniques learned in older programs have been applied at retail to avoiding demand charges, deferring capital investments, integrating renewable resources and redefining energy efficiency. Wait…What? The reality is that customers are learning to save more using DR internally to manage energy than ever they earned through participation in formal DR events.

Returning to New England, 2008 featured a hot summer, and the ISO set a peak demand of 28,100 MW using DR to mitigate stress. As of this writing in mid-July 2013, New England was enduring its third heat wave of the summer with a high humidity bonus, yet it expects peak demand to top at 27,000 MW. Also since 2008, 1,200 MW of energy efficiency have come into the market, which ISO-NE compensates as equivalent to base load power plants. A demand side action, EE, enters the wholesale market as a resource and receives compensation equivalent to generation. Sure sounds like Demand Response being called EE.

Microgrids are all the rage this year, and those live pretty much in the retail distribution market. We aren’t crisp defining them, but we know them when we see them… Anyway, their common characteristic seems to be a level of intelligent interactivity between various elements. The jury remains out on whether local generation is required for a true microgrid, but there is no dispute that network intelligence is critical. The language of that intelligence? Demand Response. Baloney, you may say, but where else is the language of retail energy operations as robust as it is in systems developed around DR? OpenADR, Reg Up/Down, baselines, weather normalization, rolling forecasts, on and on – all familiar to DR practitioners.

But there’s that name. Ugh. Can we agree that Demand Response really is a poor name for active energy management? True, active energy management strategies have been around for decades, but DR has added a new reality through better metrics, better equipment, faster feedback and a mechanism for wide area coordination, which one might even call a microgrid, though social grid might sell better; and reflect the reality that DR has many more uses in local applications than it ever could at the wholesale level.

In isolation, market savvy folks have coined terms like “Rush Hour Rewards”, “Pick a Plan”, “Take Your Time”, and others with pithy resonance. This comes as complex systems with simple interfaces conquer implementation burdens evaporate. Combined with newly advanced distribution management systems on the grid, the activity within these programs often escapes the notice of customers. So: cool name, cash, pretty technology, and no effort – it’s an episode worthy of Mad Men.

DR is all grown up with a good haircut and a new suit. It just needs a better name.

Demand Response is Bigger than You Think