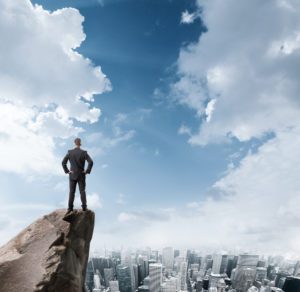 It’s 2050 and we want to send some thoughts and advice for those of you back in 2015. You may not realise it but you’re at a key point for change with respect to efficiency, sustainability and liveability that will have a profound impact on the future.

Modern society of the time was rushing forward with consumption being seen as key to economic growth but, around 2015, the voices asking for a future that took responsibility for reducing environmental impact and delivering better resource use began to get louder and be heard.

There was already enough data available about pollution, climate change, global resource use and worsening personal health that, when combined with projected significant growth in urban populations, meant that new and better solutions were essential to creating a positive future.

This inflexion point saw changes that came from a number of directions. Smart City programmes and projects where forward thinking cities brought their citizens directly into their planning was essential, rather than simply assuming residents just wanted more of the same way of doing things.

All over the world, concerns for children’s health and lifelong well-being forced a change in focus to long-term planning. Much of this focused around the need for a new model that put improving the planet’s health first and this began to deliver more efficient resource use. This focus on efficiency grew rapidly to incorporate all areas of life, from individual home owners, to communities and cities through to corporations and governments. However, we will never forget the tough times where vested interests, which had profited hugely from activities that had damaged health and the environment, attempted to stop this change. Fortunately, over time these battles for a cleaner, more sustainable environment were won.

Large corporations like Schneider Electric played key roles in this cleaner and healthier future with the development of solutions that helped, for example, homes generate and store their own electricity, reducing consumption from the national grids. This in turn offset a great deal of the increased use generated by the Internet of Things and related Wi-Fi and data rich applications that were helping bring a new phase of efficiency into infrastructure. Solutions were developed that worked across large urban conurbations but also down to the individual dwelling level.

As these Smart solutions gathered momentum, success began to reinforce success and societies realised that we could clean up our environment, increase sustainability and liveability with the right approaches.

However it wasn’t all easy or successful. Pollution got much worse before it got better. The world kept using fossil fuels for longer than it should have and this meant more extreme weather and rising sea-levels. This in turn led to land being lost with the resulting pressure on food production and diets. Not only that but some countries and cities were significantly impacted by erosion and higher sea levels, which led to the abandonment of some wonderful historical communities.  Governments at both a national and international level had to act to force change and this provided a turning point. Big business didn’t solve these problems on its own without pressure from citizens and government.

In 2050, re-focusing on the basics of human life has ensured that solutions deliver at an individual level as well as scaling up for societal benefit. Home water purifiers and recycling systems have massively reduced waste and have been key in enabling home owners to live within their own footprint over much of the world. This has led to different models of operating for communities, business and government. Information Technology has continued to be an enabler in this change – when anchored around the needs of people.

We have seen a radical overhaul of global food production that’s more integrated with climate and weather. Companies like Schneider have seen their advanced weather technologies used to support green walls at an individual dwelling level, as diets have evolved away from requiring mass industrialised farming.

Medicine has moved to a new level of efficacy thanks to technology, and issues like physical crime have been significantly reduced as well.  Social media has led to new types of socialising and communication that   resulting in richer societal connections. Real-time language translation has helped break down cultural barriers. All of this means the world is becoming a safer, more inclusive and peaceful place.

Not all cities have prospered and some countries, which were slower to adapt to the changing realities of the modern world, have fallen behind losing competitiveness as well as worsening livability for their citizens.

Data growth and Smart Technologies have  grown to be huge enablers of this better world as originally forecasted but in ways that weren’t obvious at the beginning. In what has been a challenging period for humanity with massive global population growth, we’ve seen that intelligent questioning of the status quo and inclusive use of new ideas and technologies has seen tremendous progress for individuals, cities, countries and businesses who’ve sought to build a better future for their children and grandchildren.

See what other advice is being given from the year 2050 at the group blogging event at https://cityminded.org/cal/dear-2015.

What our future energy leaders are saying about 2050

Could Solar be the Largest Electricity Source by 2050?