By any number of measures, 2019 was a watershed year for energy and sustainability globally. Although emissions continued to rise, the year saw record numbers of CEOs and youth activists—among consumers, governments, and investors—calling for greater action on the growing climate crisis. At the same time, companies purchased historic volumes of renewable energy and the European Union passed its Green Deal, positioning the continent to become the first to reach carbon neutral. Heading into the new year, the dire bush fires in Australia have catalyzed the movement for a cleaner climate in 2020.

If the momentum gathered over the past 12 months is any indication, 2020 could be another record-setting year for corporate energy and sustainability. Here are three trends to watch.

1. The new bar is net-zero emissions.

Corporate goal-setting for emissions reductions is nothing new. More than a decade ago, leaders like Walmart and Google were already pushing for wide-scale action on climate and carbon. With time, goal setting on energy and emissions has grown more nuanced, moving away from generic promises in favor of more assertive targets based on actual climate science.

In 2019, the race towards climate action took a dramatic turn as an increasing number of players on the world stage began setting carbon-neutral or net zero emissions goals. Some examples:

Legislative progress and competitive pressure mean that scrutiny on corporate climate goals is higher than ever. And it’s not just promises that are important. Companies also have to follow their targets with demonstrable actions to maintain positions of leadership and to deliver to consumers.

If your company doesn’t yet have a carbon reduction target, 2020 is the year for decisive action. Get out in front of it by proactively setting and announcing your goals, using our trail guide.

2. Investor pressure is beginning to mount.

While investors have been warming to the potential risks associated with climate change for decades, a number of investor actions in 2019 point to fundamental marketplace shifts. This momentum culminated in BlackRock’s recent announcement that it had joined the Climate 100+ (bringing that group’s total assets up to more than $35 trillion USD) and CEO Larry Fink’s annual letter detailing BlackRock’s commitments to put sustainability front-and-center in its investment approach.

But investors are only the tip of the iceberg. Recent research conducted by Schneider Electric and GreenBiz of nearly 300 energy and sustainability professionals indicates that companies find that brand/reputational improvement (52%), competitive advantage (46%), pressure from customers (41%) and senior leadership mandate (37%) are among the top drivers for energy and sustainability action.

Increasing awareness of the importance of climate action—by investors, CEOs, and the public—will continue to put pressure on energy and sustainability teams, as well as communication teams responsible for managing brand and reputation.

To keep pace with peers, companies can start by exploring science-based targets and investing in low-barrier-to-entry solutions like carbon offsets.

3. Renewables and DERs will proliferate.

Growth in renewable energy is nothing new. In the past decade, this once rare and expensive form of energy generation has begun to dominate the global conversation, propelled by sharply declining prices and demands for carbon reduction in the energy grid. Much of this demand has been driven by corporations, who have collectively contracted for more than 32 megawatts of wind power and solar power via offsite power purchase agreements worldwide—not to mention the many additional megawatts of onsite generation, fuel cells, and other clean technologies.

2019 was a record year for corporate purchasing, due in part to the looming retirement of U.S. tax incentives in wind, but also to the maturation and deregulation of markets throughout the world, most markedly in Europe, where corporate demand for renewable generation has begun to resemble the U.S. market circa 2015.

But it’s not just at the corporate level. Take, for instance, the U.S. Energy Information Administration’s prediction that a full three-quarters of new utility-scale generation capacity in the U.S. in 2020 will come from renewable sources. The International Energy Agency further expects that global renewable generation could expand by more than 50% in only five years.

And the cleantech revolution goes far beyond renewables. The metrics on distributed energy resources (DERs) are even more staggering:

It’s a great time to examine your global energy strategy to determine how—and when, not if—you will add renewables and DERs to your portfolio. Those additions will have real-world implications for your overall energy commodity management, and potentially your budget.

Rapid market fluctuations, paired with growing managerial and data complexity, make it even more important to have a trusted advisor, like Schneider Electric, as a partner. We invite you to contact us to learn more about our suite of global energy and sustainability advisory services. 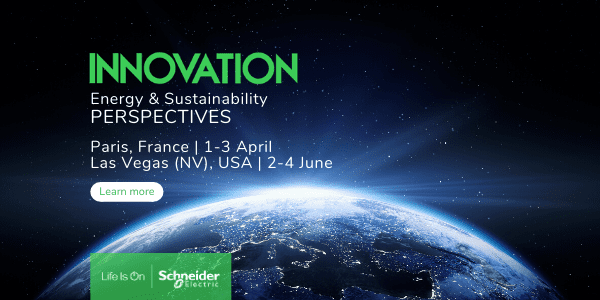 Good corporate citizens? How Sustainability and Energy Management Can Impact the Bottom Line and Reputations of Finance Industry Giants