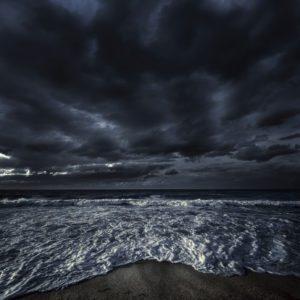 In the U.S., the Atlantic hurricane season began on June 1 and will run through November 30. Predictions for the future are that activity will be above average. Whether the season is an active one or remains relatively light, it takes just one storm to cause major devastation, in terms of life and property.

According to the National Oceanic and Atmospheric Administration (NOAA), “Tropical cyclones (hurricanes) are among nature’s most powerful and destructive phenomena.” Coastal areas are at risk for storm surge, extreme winds and flooding from rain. Once a hurricane makes landfall, inland areas in its path are at risk for high winds, thunderstorms and flooding.

Flooding accounted for almost one-third of weather-related deaths in 2015, as shown in Table 1 (Source: National Weather Service). Table 2 shows the costliest U.S. hurricanes within the past 25 years (Source: NOAA). 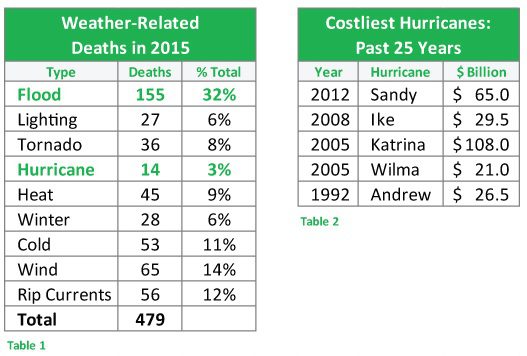 While there are very few preventive actions to minimize the impact of a natural disaster, following are emergency preparedness guidelines that can help recovery efforts and reduce risk of employee injury should your area be affected.

Finally, and perhaps the best preparation, is knowing what not to do following a disaster. Attempting to restore electrical power to water-damaged equipment can be deadly. Whether the equipment can be reconditioned, or must be replaced, all services should be performed by qualified personnel who are familiar with the equipment’s operation and construction.