Decarbonizing power generation is pivotal in the fight against climate change. Accounting for circa 30% of global energy related CO2 emissions, the sector is responsible for more emissions than any other industry.

Decarbonizing how we generate energy is a mammoth task. Fortunately, we have the technology today to ensure that, with selective policy intervention, power generation becomes the first sector to fully decarbonize.

It’s widely known that generating more electricity from renewables, and displacing coal, is vital. Seldom acknowledged, however, is the huge potential that customer-sited solar can plan in the transformation of the energy system.

It’s fast becoming cost-competitive for consumers to generate their own green energy, via the installation of onsite solar panels. In Australia, for example, since 2013 this has seen paybacks of less than 10 years.

Furthermore, this is rapidly becoming the norm globally. In fact, over the coming decade, the installation of onsite solar is projected to become cost-competitive for consumers in most regions. 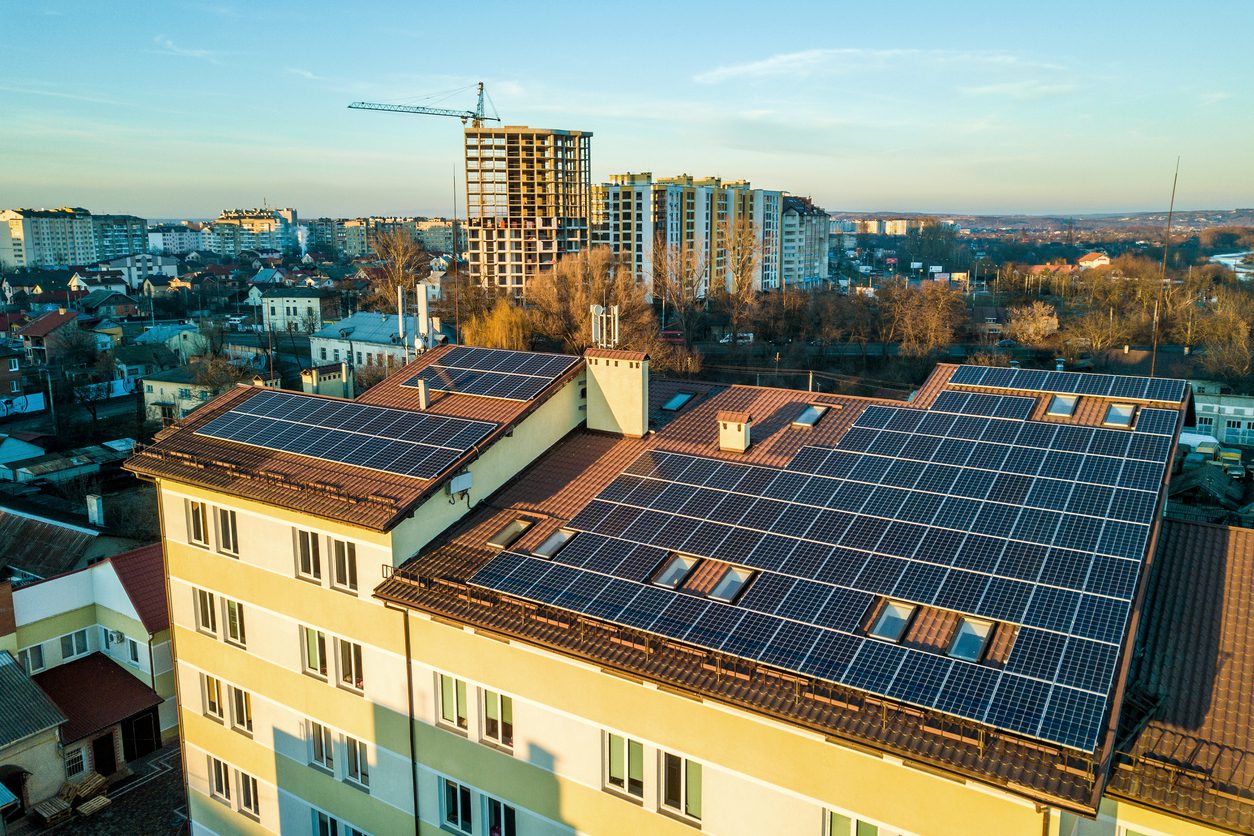 We have the technology today to turn our buildings – our homes, offices, and industrial sites – into sites of clean, green energy generation.

Given the urgent need to accelerate global decarbonization efforts – if we are to have a fighting chance of limiting global warming to 1.5 degrees – it is imperative to assess the potential impact of this transformation, and the conditions under which it can be accelerated. To do this, the Schneider Electric TM Sustainability Research Institute and BloombergNEF have modeled the projected deployment of onsite solar and associated onsite storage infrastructure globally.

The results show that under near-market conditions, the deployment of customer-sited solar is to grow exponentially by 2050 increasing 8 times from today’s levels. 167 million households and 23 million businesses worldwide are expected to be utilizing locally sited solar panels to generate their own green energy by the mid-point of this century.

But aside from just being important in the fight against climate change, the other benefits of deploying customer-sited solar are massive. For traditional consumers, it decreases electricity bills and provides a potential source of revenue, by giving building owners the ability to sell the electricity they generate back to the grid. It also provides enhanced energy autonomy and resiliency, making consumers less susceptible to grid disruptions.

For grid operators, there are benefits, too. More consumers generating their own green energy via onsite solar helps reduce peak loads and provides better energy balancing, hence improving the operational efficiency of our grid systems.

To maximize the benefits of this shift and the speed at which it unravels, selective policy action is key.

Challenges remain, but with selective action, they can be avoided. As more green energy is generated from solar, it becomes important that there is adequate storage to help balance power systems and prevent grid disturbances. Deploying onsite storage, or leveraging dispatchable loads, in tandem with local solar panels is needed to overcome this.

Thereby a key challenge is that, from the consumer’s perspective, the upfront costs of purchasing onsite batteries are relatively high. Without policy intervention, this thus risks slowing the speed at which onsite solar and battery solutions are deployed initially.

The good news is that there are clear policy actions to overcome this bottleneck. Furthermore, the data suggest that such actions need only be temporary, with customer-sited solar and storage to become economical, as markets develop, following an initial regulatory ‘push’.

Specific recommended policy actions vary based on local conditions. Our results point to the following as important areas for consideration:

Generating green power at scale is vital in the fight against climate change. Customer-sited solar has the potential to be at the center of this transformation.

It’s imperative that we act now to facilitate its deployment and build the energy system of the future. If we’re to achieve net-zero by 2050, we no longer have time to waste.

Full results and details of the Schneider Electric TM Sustainability Research Institute and BloombergNEF’s modeling can be found here.

Progress on the Solar Energy Front