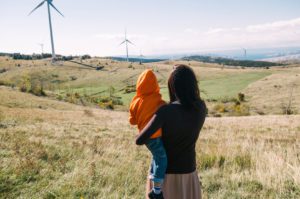 However, these are not the only benefits of renewable PPAs.  These other criteria—referred to as co-benefits—tell a compelling story about the value of renewable energy beyond cost and carbon mitigation.

The many co-benefits of renewable energy power purchase agreements include:

Both retail (direct) and financial (virtual) PPA contracting structures deliver these co-benefits, and C&I buyers can choose either structure depending on their goals.  In a retail PPA, the buyer takes physical delivery of the electricity produced via a shared regional grid.  This type of PPA can net more favorable accounting treatments (particularly under IFRS international accounting guidelines) and ensure a project is in the same grid region as a company’s load. A retail structure should also lead to better correlation and hedge value of the PPA contract vs. energy spend.  However, direct retail PPAs are constrained by the fact that they must be located in the same grid region as the offtaker’s load, are restricted to deregulated retail markets, and will be sized according to total offtaker load.

Buyers are constrained in their ability to execute retail renewable energy power purchase agreements depending on their location.  Regulatory restrictions and state-mandated Renewable Portfolio Standards (RPS) may limit a company’s retail renewable energy opportunities.  However, in some cases, these regulations aren’t slowing businesses down.  Take MGM Resorts International, for instance.  The state of Nevada’s largest employer paid $89M to leave the regulated state’s utility in order to directly use renewable energy in its Las Vegas operations.  It is then, perhaps, unsurprising that earlier this year, the citizens of Nevada overwhelmingly chose to deregulate their electrical grid. 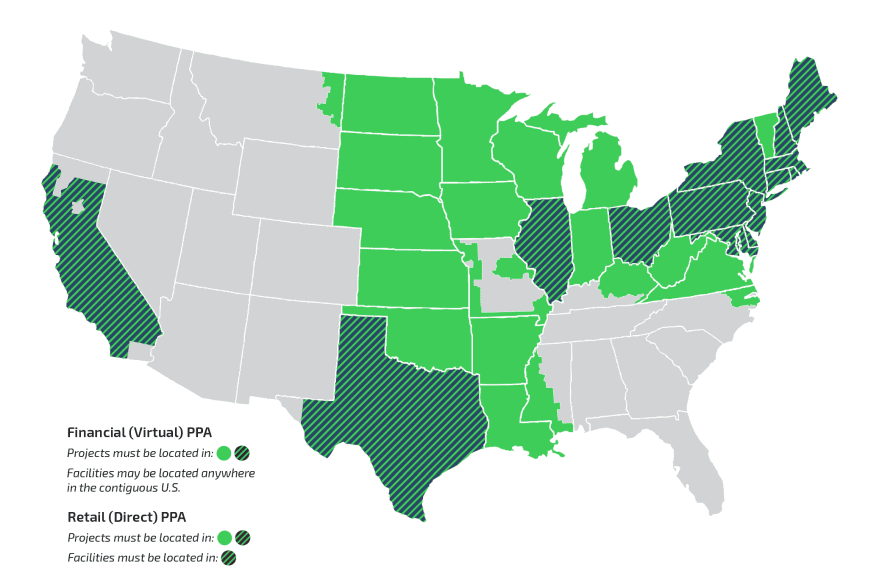 Buyers that face the regulatory hurdles present in a retail PPA can instead choose a virtual, or financial, PPA.  This PPA structure provides greater flexibility around the size and location of a deal. Virtual PPAs can be located in any deregulated wholesale market and are not mandated to share the same grid as the offtaker.  These types of PPAs can be a great fit for companies whose primary motivators are environmental and economic rather than fixed-price-power, and for companies who have load in regulated utility territories like the Southeast or West.

Regardless of contracting type, buyers can take claim to the environmental and social benefits of renewable energy power purchase agreements.  The choice between retail or financial structure depends solely on the buyer’s key decision drivers.

Schneider Electric has extensive experience with both retail and virtual PPA contracting structures and we’ve advised our corporate clients on more than 2.5 GW of new wind and solar projects.  Contact us today to see how we can help you achieve your corporate responsibility goals.

Buy or Install Renewable Energy? What Every Business Should Know