A sea change in the energy industry has happened as the momentum of renewable energy reached and surpassed a tipping point that many of us in the industry had envisioned but never fully realized would happen.

Yet here we are. Rapid technological advancements, price parity, broad-based consumer and NGO support, and coal’s fall from supremacy finds us at the frontier of a new electricity landscape about to be dominated by renewables. 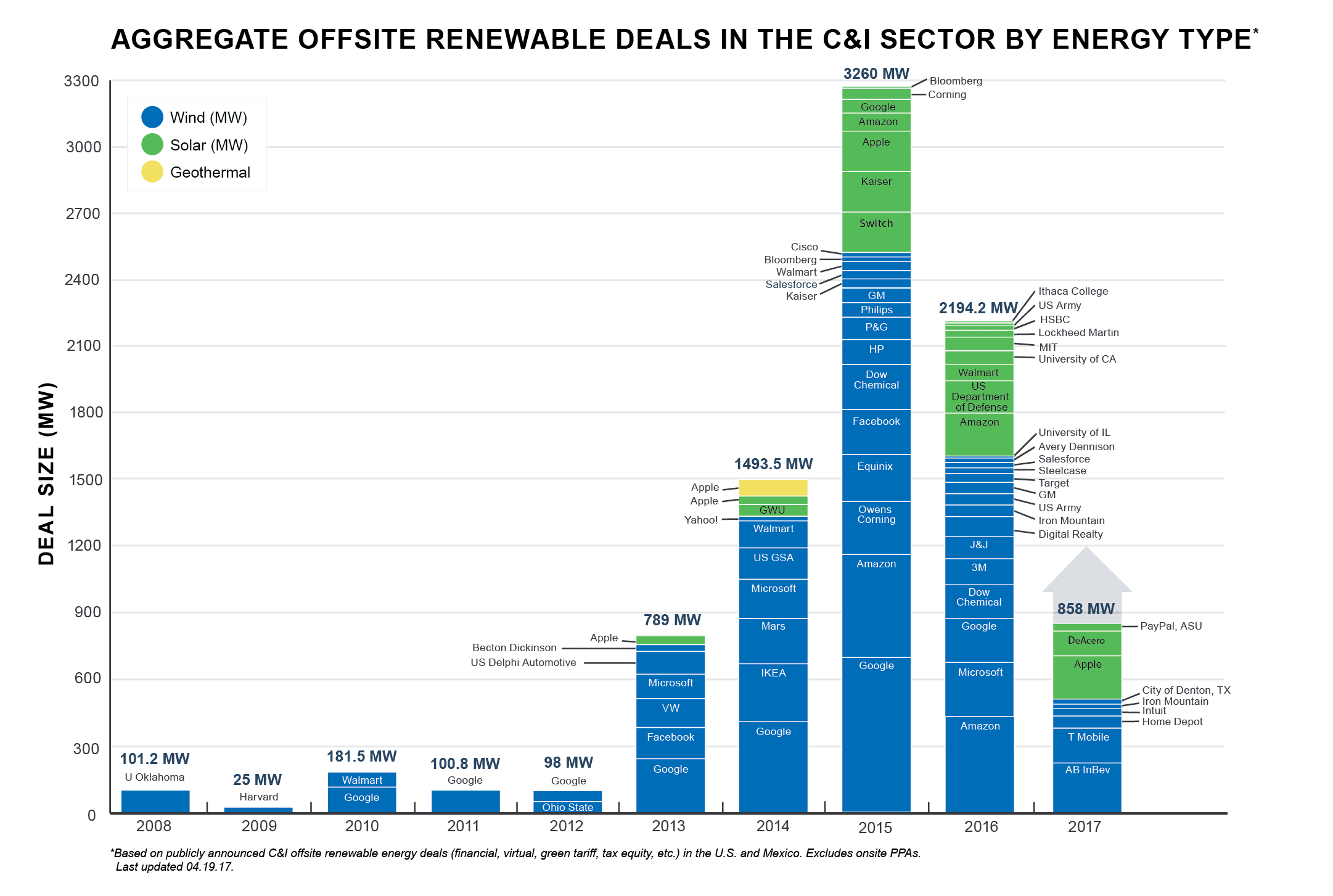 Why are organizations suddenly so hungry for renewable energy? And, importantly, how can developers respond to this new customer class that differs from a traditional utility or bank buyer?

The corporate quest for clean energy is not entirely new, as most readers will recognize. Since Whole Foods Market announced their adoption of 100% wind power back in 2006, an increasing number of companies have followed suit. Renewable Energy Certificates (RECs) have gone from an obscure—and frequently questioned—mechanism for delivery of green power to the recognized industry standard, used by thousands of organizations by the billions of kilowatt hours every year.

Many companies have also pursued the development of onsite solar, and, in some cases, wind turbines and geothermal power, in order to meet at least a portion of their electricity demands. While this remains a viable partial solution in certain markets, the inherent challenges around size and resource availability make it difficult to meet large renewable energy or carbon reduction goals with onsite solutions alone.

While C&I buyers are hungry for the renewable energy opportunity, they also face hurdles to acquisition that are atypical in a utility environment. Unlike banks and utilities, who are themselves the source of credit, C&I buyers must establish their creditworthiness if they are to be considered a serious off-taker. There is also a need for organizations to engage multi-departmental stakeholders ranging from the treasury to accounting to the legal department; in some cases, deals can fall through because of one individual’s objection.

C&I buyers are generally unfamiliar with the risk profile presented in a long-term PPA, as power purchasing is typically done on the spot market or in 1-to-3 year strips. Getting comfortable with things like forward market price projections or the basis risk between the wind farm and their load can be a big lift.   Deals can take a long time to coalesce because of the need for organizations to complete thorough due diligence. 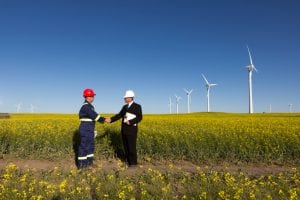 While all these barriers can be overcome, for developers, working directly with a corporate energy buyer or institutional off-taker represents a new challenge. Education becomes a key component of the transaction; identifying and eliminating risks is paramount. C&I customers want to know if the project they are seeing is really the best project in the market and if the terms they are being presented are fair. Decision-making cycles for a new transaction of this type within a Fortune 500 company can be quite long, as many departments are involved and the ultimate signatories are nearly always executive-level.

For these reasons, many developers are choosing to work with buyer’s advisors. An experienced buyer’s advisor will fully vet both parties prior to
making recommendations to ensure the highest likelihood of success. The buyer’s advisor will also deeply understand the buyer’s goals and objectives, and can help communicate those to a developer, allowing the developer to more closely tailor the PPA to the buyer. It is rare that companies can do PPA deals on their own, especially the first time; working with a buyer’s advisor can save time and money upfront.

If the past two years give any indication, we’ve only begun to see the rise of the non-traditional energy buyer. Developers who hope to partner with these companies can help themselves achieve success by learning more about this emerging customer class and how to speak their language.

To learn more about how working with a buyer’s advisor can expedite your way to green power, contact us today.

4 Ways Renewable and Traditional Power Convergence Will Affect Your Business