Since the late 19th century when they were invented, motors have transformed our lives. From the motor that powers your coffee grinder to the ones that power the Shinkansen bullet trains, motors are everywhere. While most of us now take motors for granted, machine builders and industrial engineers must treat them very seriously because of the costs of downtime if any of them break down. 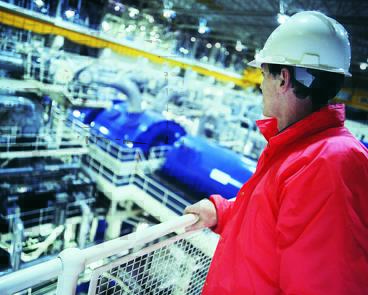 In a previous post, it was discussed the catastrophic results of not adequately protecting your motors. In this post, I’ll compare devices that are used for motor protection. Since approximately 80% of motors worldwide are rated at less than 15kW, let’s focus on the devices used to protect these motors, specifically contrasting miniature circuit breakers (MCBs) with thermal-magnetic MPCBs.

But first, let’s clear up one common misconception – not all MCBs are created equal! Depending on the type of load, the protection under short circuits (magnetic protection), and protection under overloads (thermal protection), there are different types of trip curves for MCBs. This article will talk only about two kinds:

Now, let’s look at four important reasons that you should choose MPCBs for motor protection.

1.   Standards matter when it comes to circuit breakers

When comparing standards related to MCB and MPCB, it’s clear there are some important differences:

You’re dealing with an induction motor for which you expect to see an initial surge of current 8-10 times the rated current, by design. That’s why the MPCB, which is specifically designed for this application, is designed to trip at higher currents – to avoid nuisance tripping. With the advent of high-efficiency IE3 and IE4 motors in the market, this problem is exacerbated as these motors have higher starting currents.

Some try to get around this by selecting the MCB based not on the rated current but on the trip current, i.e. they oversize the MCB to compensate. This can work to protect the motor from short-circuits but introduces issues under overload conditions, which I will discuss later.

A D-Curve MCB, on the other hand, will work for short-circuit protection. However, you can’t get a coordinated motor starter with any MCB, so it’s not a perfectly safe solution.

Second, the short-circuit breaking capacity of MCBs is generally restricted to 10 kA, which is often too low for industrial environments. Compare this with MPCBs that can offer up to 100 kA breaking capacity, which ensures that the motor starter and the motor remain safe and operable even in demanding conditions.

The most common faults that we see in motors are overload faults, accounting for over half the total motor failures worldwide. It’s here that the MPCB really shines over the MCB. The table below shows the tripping behavior of an MPCB under overload conditions, as defined by trip classes in IEC60947-4.

Now let’s look at a similar table for MCBs.

As you can see, there’s a clear difference. Repeated overloads of 50% or more can seriously damage the motor. The MCBs are clearly not going to trip fast enough to protect the motor windings. In addition, if you look at the last column, the issue becomes even more apparent. The C-curve MCB treats this as a short circuit and the D-curve trips within one minute, whereas the MPCB is much more sensitive and trips within 10s. Coming back to my earlier point, if you oversize the C-curve MCB to compensate for its lower tripping current, you end up running a huge risk of not protecting the motor at all under overloads.

There’s one more problem with using an MCB for motor protection – it’s not sensitive to phase failures. A phase failure in a motor is a serious issue that causes a surge in current in the other phases, again leading to overheating and damage to the winding. The MPCB will detect this as being equivalent to an overload in the other phases and trip as per the table above – the MCB will not.

In conclusion, an MCB is not adequate to protect your motor and using just an MCB is fraught with risk. Apart from this, an MPCB is easier to select as the motor ratings are clearly declared on the product itself. It is possible to tune it to your particular application with an accurately adjustable reference current. The operating life of an MPCB is also typically much higher than an MCB.

As a pioneer in motor management applications, Schneider Electric has invested in building possibly the widest range of MPCBs in the market with the TeSys GV family, which is available up to a 500 A rating. Additionally, a full set of selection tables, coordination tables, and application-specific selection guides help you to choose the best possible protection for your motors, wherever they may be used.

How motor protection can help in optimal power management