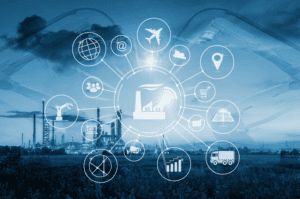 In 2019, IIoT and the Industrial Edge Benefits Will Rely on Predictable Power