Those of us in the uninterruptible power supply (UPS) business have long faced something of a dilemma when it comes to explaining how reliable our products are. Other IT products often come with a “mean time between failure rating,” or MTBF, but for UPSs it’s just not that simple for a couple of reasons. 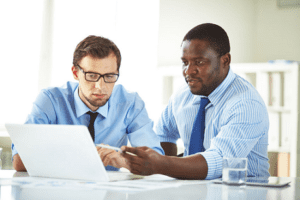 One reason that it isn’t that simple is because there is no universal, accepted standard for how to measure MTBF in a UPS. Given that, every vendor is free to come up with its own approach.

You can imagine what happens in such a scenario: as soon as one vendor publishes its MTBF numbers, another will somehow come out with a better number. And with no accepted standard to fall back on, there’s really no way to refute or compare any of the numbers.

The other way to measure UPS reliability would be to use actual numbers, based on in-warranty failures among a given customer base. But that approach has its problems as well, because often the failure has to do with an issue that’s out of the UPS manufacturer’s control.

Consider the two main functions of a UPS: power conversion and energy storage. To date, for energy storage UPSs rely primarily on lead acid batteries. And lead acid batteries can fail for various reasons, including low temperature, excessive demand, failure to maintain it, and simply age. The battery may fail while the rest of the UPS is in perfect working condition, so it’s not really a UPS failure.

Similarly, UPSs that are subject to extreme environmental conditions – heat, cold, vibration, and dust for example – are likely to suffer more problems than one that lives in a pristine, temperature-controlled office or data center environment. So, it’s difficult to come up with an apples-to-apples way to put a number on the expected failure rate of a UPS.

For both of these reasons, Schneider Electric long ago decided against publishing any MTBF numbers for its UPSs. But that doesn’t mean you can’t get one or more UPSs that will provide you with whatever level of reliability you need. You can – but the discussion will focus more on UPS deployment architectures than MTBF.

Different designs provide varying levels of redundancy, of course at varying levels of expense. So, choosing a design requires performing an evaluation of just how critical each load is to the organization, and therefore what level of protection makes sense from a risk perspective.

That said, it’s also true that different UPSs have varying levels of redundancy built in. For example, the Schneider Electric Galaxy VM and Galaxy VX Series both have features that dramatically improve system availability by reducing stress on internal components. They also have redundant internal components; the Galaxy VX, for example, can provide N+1 redundancy at full capacity.

The Benefits of Lithium Ion

Using Lithium-ion batteries is another way to improve availability and reduce failures. Li-ion batteries have roughly double the life expectancy of lead-acid batteries, and require less maintenance. They can also offer far more accurate remote management capabilities, so you can be alerted to any issues. (As an added bonus, they have a smaller footprint, weigh less and require less cooling than lead-acid batteries.)

The message here is, when it comes to UPSs, take MTBF ratings with a large grain of salt. What you really need to be concerned about is availability of power for your critical loads. That is accomplished by selecting UPSs that are appropriate for the load, and configuring them with the level of redundancy the load demands. To learn more, access additional guidance on power protection strategies and your UPSs needs.

A Look at Data Center Reliability and Availability