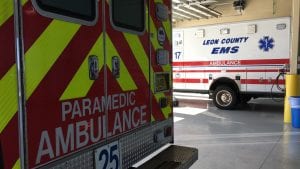 Not every business needs to be fully operational 100% of the time, but when you are in the ‘business’ of serving the public, nothing could be truer. This is why the City of Tallahassee, FL and Leon County decided to bring together our mission critical functions in one facility.

Being the state capital, Tallahassee is home to Florida’s legislature and Supreme Court, and it has a federal government presence too. The city is also the county seat, home to Florida State University, Florida A&M University and subject to potentially disastrous hurricanes and tropical storms. Nearly 300,000 people live here, so to better protect and serve, the Sherriff of Leon County identified the need to consolidate and improve all emergency operations.

Other city and county agencies embraced the idea and, in 2010, the Tallahassee/Leon County Public Safety Complex project was created.  It’s not only the largest joint project ever completed between the city and county here, but has been serving as a model for other states and counties in the U.S.

The new mission-critical facility brings together under one roof both county and city emergency services — City of Tallahassee Regional Transportation Management, the Leon County Emergency Operations Center, the Consolidated Dispatch Agency, the Leon County Emergency Medical Services and the Tallahassee Fire Department Administration — and centralizes employees, equipment, and communication into one location.

There is no typical day at the facility where things can quickly go from calm to intense. During a large-scale situation, occupancy grows by three times. We become the most active building in the county and must be up and running 100% of the time. 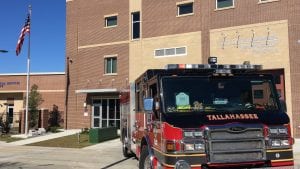 Previously, all of the functions were diversified throughout the community, most of which existed in sub-standard spaces without the necessary back up power supplies, sufficient redundancy and common processes to support operations during catastrophic events or even routine incidents.

For instance, operating out of different locations with different dispatch systems, emergency calls might have needed to be re-routed between the county and the city resulting in a vital loss of time. On top of much needed efficiency, reliability, scalability and flexibility of critical systems was required by all the agencies involved.

The criticality and function of our facility is wholly dependent on a clean and continuous supply of electrical power. Even if servers go down or phone systems are out, most of our operations and functions could continue to operate. But if power goes down, as it has from the public utility several times in the past, the facility would cease to function. We must ensure that the people of the community are protected at all times. A power loss could mean the loss of life and this is simply unacceptable.

Critical Components Incorporated (CCI) was brought in to support the preconstruction design phase of the project. CCI worked with city and county managers to create the specs to support the bidding process. With so many groups coming together into the new complex, it was important to approach them individually to identify their unique needs. So, the group was comprised of the design team, the construction manager and IT reps from seven agencies.

A visit to the Schneider Electric Technology Center (SETC) in St. Louis offered my team the opportunity for a hands-on demo of potential products and solutions that could be used in the project. In the end we chose: two APC by Schneider Electric Symmetra MW UPS systems, InRow Chilled Water Cooling with EcoAisle Containment and StruxureWare for Data Centers  — all supported by a five-year service agreement.

In the two years since we opened, the area has experienced eight power outages, but the facility has experienced none. The complex runs 24/7, answering about 500,000 calls annually. Responders now have the ability to collaborate and share information and data across entities, prepare for natural disasters and have everyone in the same place for response planning.

Most importantly we are able to better serve our community and make it safer for our residents. Get more details about our project in this case study or watch the video on how we bring emergency services together for public safety here.

The Secure Power Difference: Risk Mitigation and Beyond