In our first blog we touched on the coordination of combined short-circuit devices and backup devices. Let’s delve a tiny bit deeper.

How? The upstream CB limits the short-circuit current and lets through a much lower current which all the downstream CBs can cope with.

The image is that of a staged cascade where the current of the flow is lessened by the let-through of each stage.

Of course, the upstream limiting CB should have a breaking capacity that is equal to or greater than the projected short circuit current at its point of installation.

What are the advantages of cascading?

Cascading eases electromagnetic, electrodynamic and thermal stress on distribution equipment, makes it more reliable, and lengthens service lives.
And it makes things cheaper and simpler. It is easy – well, quite easy – to choose a single upstream limiting CB from a manufacturer’s cascading table. And you can choose downstream CBs with lower ratings, as let-through currents are lower than the initially calculated ratings. Lower ratings means cheaper devices. 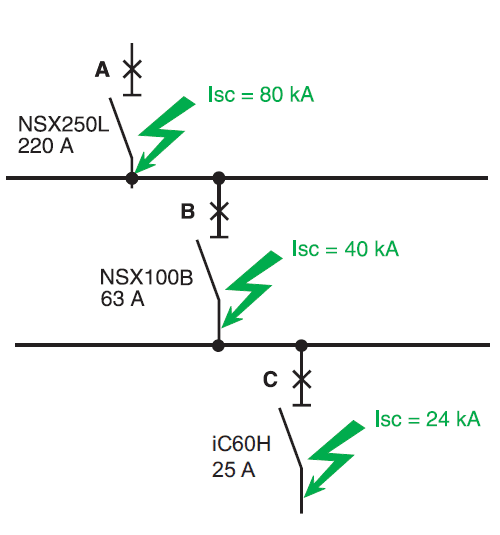 Easy selection of alternative products solutions based on discrimination analyses and cascading proposals can be done by use of software design tools. 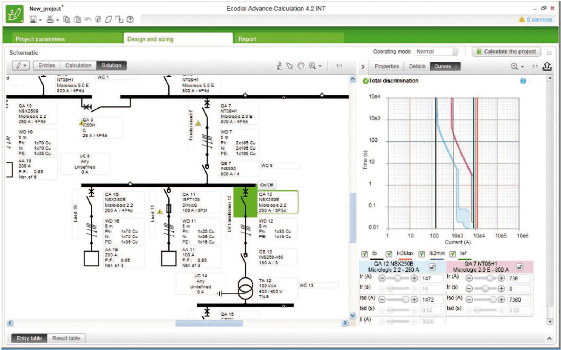 Coordinating back-up devices: what do we mean by backup?

Backup devices protect those that are not initially protected against short circuit currents and overloads. Typically, the backup device would be a circuit breaker. And those that it protects are common controlled devices like on-load switches, contactors, impulse relay switches, residual current devices (RCDs), surge protection devices (SPDs), etc. They do only what they are designed to do – e.g. protect against earth leakage or switch circuits on and off – and are prone to damage. In the event of a high short circuit current or overload, they wear and tear, burn and weld. The need protection from backup devices.

What and why of coordination types 1 and 2

Some existing product standards actually stipulate two “degrees” of coordinated backup protection. IEC 60947-4-1, which governs standards for contactors, describes two types of coordination to prevent injury to operators and users.
In Type 1, the contactor has to be repaired or replaced, so the system itself has to be stopped. In this case, the circuit breaker protects the outgoing feeder but not the contactor. So, although you’re safe, the contactor may actually be damaged. And there’s only one way to find out – look and see. This may have a significant impact on the down-time of your installation.
Type 2 coordination requires that the contactor should continue operating. So any short-circuit fault current that occurs downstream must be cleared without affecting it. Type 2 coordination is for critical processes where downtime may cost lives or money.
To that end, manufacturers must supply coordination tables of tried and tested devices.

Yes. Like contactors, RCDs, SPDs (Surge Protective Device) also show why. They require protection against upstream fault currents. They get it when they are series-coordinated with circuit breakers. If the outgoing circuit isn’t series-coordinated earth leakage can occur. And that can be dangerous. RCDs need upstream protection. As do surge protection devices. They, too, then end of life comes, can overheat and initiate short-circuit in the switchboard if they aren’t coordinated with an upstream circuit breaker.
Properly coordinated backup is vital. Standard HD50573-5-57 recognizes that by making coordination compulsory. About time. 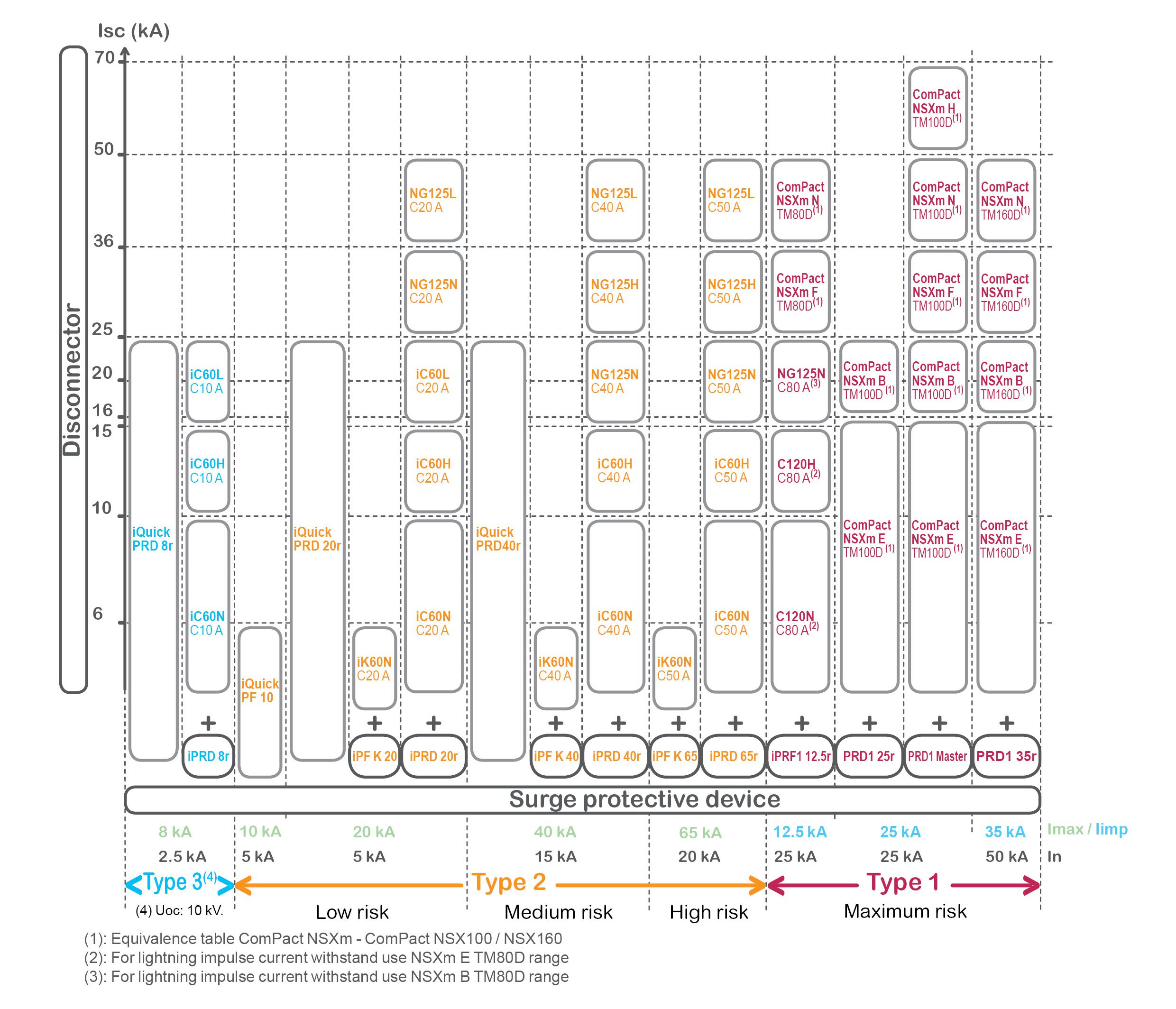 Example of coordination table between SPDs and their disconnecting circuit breakers

I have written this blog post in collaboration with Jean-François Rey.

Setting the standard for coordination