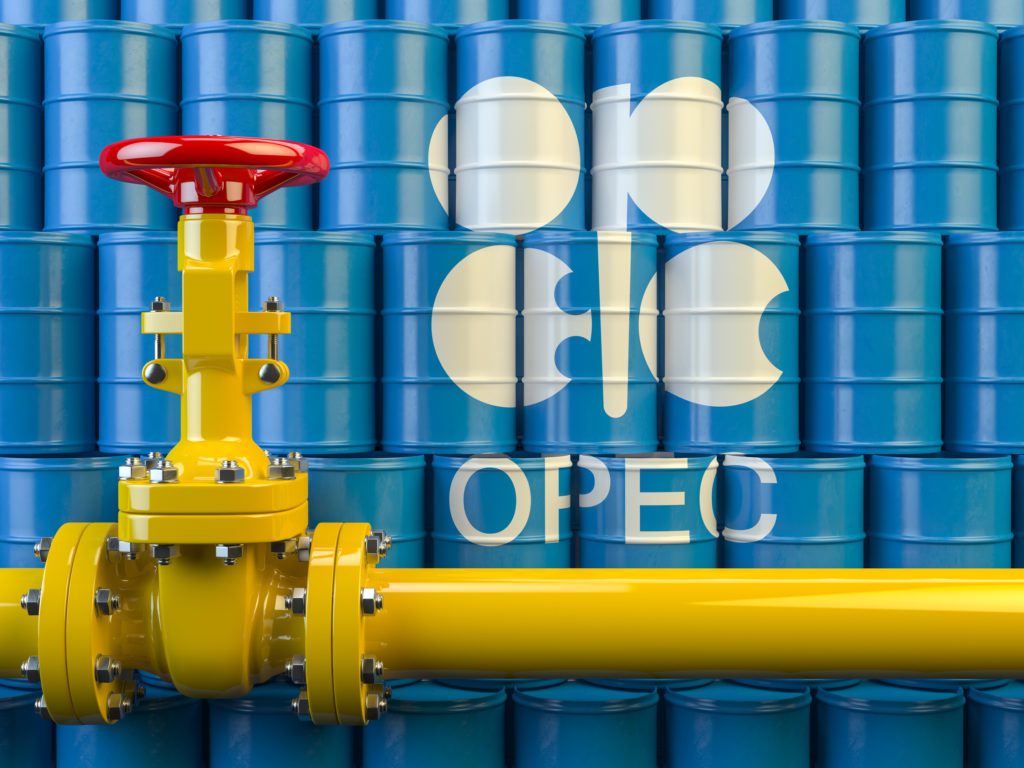 From global dominance to the search for stability.

Founded in 1960, the Organization of the Petroleum Exporting Countries (OPEC) currently includes 14 members: 7 in Africa, 5 in the Middle East and 2 in the South America. Combined, these countries control about 40% of the world’s crude oil production, and OPEC’s oil exports represent about 60% of the total petroleum traded internationally. Saudi Arabia has long been the leader of the group, accounting for about one-third of the organization’s total crude production. Until recently, the dominant market position always allowed OPEC to act as a so-called cartel, coordinating production levels among its members to adjust global oil prices, irrelevant to the members’ political differences.

In recent years however, several factors such as political differences among OPEC’s members and the US shale revolution, have been challenging the group’s dominance. Since mid-2014, when the crude prices dropped significantly because of the supply glut, OPEC and other major producers have been struggling to balance the oversupplied oil market. Saudi Arabia tried to force the US shale production to collapse, but that effort largely failed.

In 2016, OPEC decided to cut its production for the first time since 2008 in order to raise oil prices. The Cartel started to coordinate over the production cuts along with 10 non-OPEC producing countries (lately together known as OPEC+), including Russia, a former oil rival. In December 2019, OPEC and Russia agreed to one of the deepest output cuts to prevent oversupply – new combined cuts amounted to 1.7 million b/d or 1.7% of global production. The deal will last until the end of March 2020 subject to review. OPEC is likely to continue with its oil supply cuts for the rest of 2020.

Despite the efforts to keep market in balance, OPEC’s intentional production cuts have not been able to counteract other geopolitical factors. For example, a key factor responsible for the increase in the price of oil during 2018 and 2019 in parallel with the output cuts was the US sanctions on Iran and Venezuela’s oil sectors. This became clear when the market remained oversupplied even though OPEC reduced exports, and the price of oil has mostly remained under $70 since January 2019, mainly due to the gloomy economic growth outlook caused by trade tensions.

Several geopolitical events have influenced crude oil prices in recent months which have nothing to do with OPEC policies. These events include attacks on oil tankers transiting the Persian Gulf and the Red Sea, the September 2019 drone attacks on Saudi Arabia’s energy infrastructure, recent tensions between the US and Iran, and ongoing US-China trade war.

Persistent divisions within the cartel added to OPEC’s diminishing global power. Qatar, for instance, ended its 58-year membership on January 1, 2019 stating that it wanted to focus more on liquefied natural gas production and exports. Another OPEC member, Iran, has been isolated in the Middle East due to its regional political rivalry with Saudi Arabia. The country is excluded from OPEC+ production cut agreement due to the US sanctions.

One of the OPEC’s founding members, Venezuela, has also been struggling with its oil industry since early 2015. The country’s crude oil output has been on a steady decline. Libya is another country that could not maintain its crude production level as the civil war was causing unexpected disruptions to its oil supply. Indonesia left OPEC in 2008 when it became a net oil importer. Although rejoining the group in 2016, the country asked to have a temporary suspension to its membership after 11 months when OPEC decided to cut its production.

With some members leaving OPEC and others facing oil output declines, the organization is now losing both price control and its market share. OPEC lowered oil production three times in the last three years to counter oversupply but at the expense of its market share. OPEC’s decreasing market share was mostly captured by the US unconventional producers – market-driven players controlling almost 7% of global oil and 16% of global gas production today. It is interesting to note that the US continue to import crude oil from the OPEC countries: in 2018, the share of crude oil imports from OPEC accounted 29% in total US imports. However, this share decreases drastically, already reaching 16% as of November 2019. The decline in imports arrives as the US continues to break production output records and is exporting more oil to the world market.

New techniques, such as hydraulic fracturing, allowed US crude oil production to surpass both Russia and Saudi Arabia. The US is now the world’s largest oil producer reaching 12.3 million b/d in 2019, according to the US Energy Information Administration (EIA), up from 11 million b/d in 2018.

This year, OPEC expects its global market share to fall further as output increases in non-OPEC countries like US, Brazil, Norway and Guyana.

OPEC is currently under intensifying pressure to show its price control power. The group’s presence in the market remains big enough to make an impact, but two key elements will undermine its prior hegemony.

First, OPEC alliance came to dominate the markets at the time of resource scarcity, when member countries controlled over 70% of global reserves. OPEC’s share in global proved reserves has not changed significantly since then – it accounted 72% at the end of 2018. Now however, we live in a world of resource abundance where many non-OPEC countries have access to economically recoverable reserves, whether conventional or unconventional.

Second, historically, OPEC unity in the face of outside challenges was a key success factor. In contrast, during recent years, OPEC countries are highly divided due to outside politics and in reality, production cut is mainly shouldered by Saudi Arabia, the sanctions on Iran and Venezuela. In fact, countries such as Iraq have been increasing production against their commitment to cut.

To conclude, OPEC does still matter, but it is far from being in the dominant position it once was. And in the coming years with the increasing US production and slowing oil demand growth, OPEC countries might ask themselves: is their alliance still relevant?

US Gasoline Prices Spike in Response to OPEC Deal