The functioning of industries as a whole is being constantly augmented over time due to the sheer level at which technology has developed over time. Of course, it’s not like the applications of this development are purely industrial – there is a myriad of ways in which technology has affected our lives, and one need only look at the numerous gadgets and appliances around them to realise the vital nature of the role technology plays in our lives.

One thing that these gadgets have enabled is an unprecedented level of connectivity, unlike anything ever seen before. The channels of communication have improved at such an unprecedentedly high scale that it doesn’t matter if two people stay on opposite sides of the world – there will always be some way or the other they’ll be able to communicate.

So, if people can communicate with such ease, then the people spearheading the development of technology have moved on to the next step – facilitating communication between machines.

There are already several ways in which this has been made possible in today’s day-and-age. Take the example of Google itself – by tracking your behaviour, location, and online presence – along with various other metrics – Google’s algorithms can analyse this information to ask personalised questions to the user in question, allowing them to attain more user data and make their technology more accurate, while also providing their customers with a memorable experience that aligns with their tastes and interests.

The same logic applies for industries as well, albeit at a larger scale – keeping in mind the sheer scale of machinery that is employed across multiple industries on a constant basis, it’s essential to see to it that the overarching system of machine control is optimised for maximum productivity. This is easier said than done – after all, constructing a machine algorithm is a challenge in itself, but forming it in such a manner that it takes the input of other forms of technology through the implementation of network connectivity and alters its functionality accordingly is on an entirely different level. 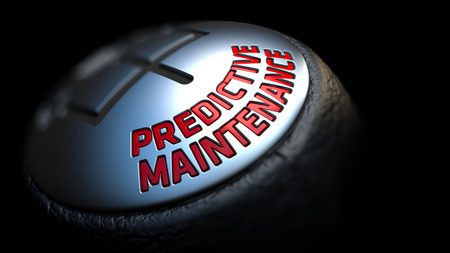 Employed the system of advanced process control is a great way to take the first step of improving network connectivity in industries. Doing so will allow industries to – among various other things – map out the processes involved in each and every form of technology, gauge & measure its industrial applications, perform predictive maintenance, and ensure smooth levels of functionality at all times.

Network Connectivity in the age of AI-defined

The importance of network connectivity in home automation