From the inception of the digital technology revolution, automation system architectures have been defined based on the constraints imposed by hardware, software, networking, power and cost imposed by the available technologies. For example, the earliest process control systems were comprised of single computers due to the high cost of computers at that time. These systems morphed into distributed control systems (DCS) with architectures defined by cost and the networking technology available at the time. Initially the DCS architectures were based on bus or ring networks. As networking technology expanded, flexibility of automation architectures likewise expanded to include multilevel busses, rings, meshes.

The result is that today’s automation system architectures do not match the natural topologies of industrial plants and enterprises. Such statements have been received with a hint of surprise. Automation companies do not often consider that there is a natural topology to industrial enterprises – but there is. If a lead engineer at an industrial site is asked to describe how the plant works, they will eventually get to a discussion on the equipment assets that perform the work of converting raw materials and energy into useful products. These equipment assets are grouped into higher level unit asset sets, which are in turn grouped into area, plant, enterprise and value chain asset sets. The natural topology of industrial enterprises is based on their asset hierarchies while automation system architectures have little or no relationship to the industrial topologies. 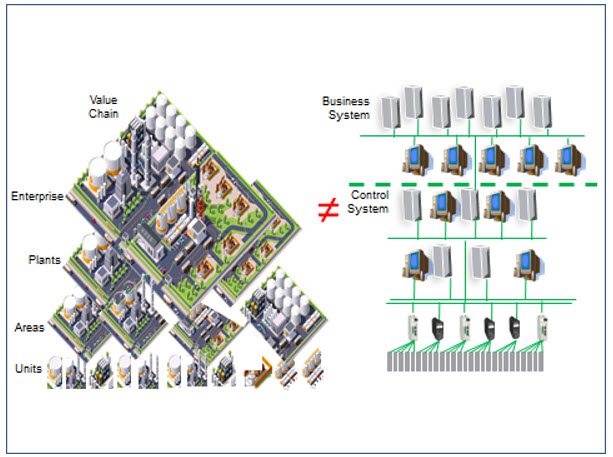 Automation system architectures have little or no relationship to industrial topologies.

This is how we see the Future of Automation!

To learn more: Download your FREE white paper on the benefits of new topologies that align perfectly with industrial technologies…

Industrial Technology Architectures are Changing and Unleashing the Benefits of IIoT