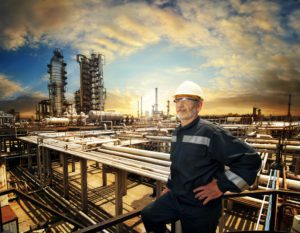 Thinking about that lake house

When I first got into the sales game years ago, I would sometimes hear this about a veteran salesperson: “He knows where the bodies are buried” (accompanied by a nod and a wink). What was meant was that the veteran had knowledge of the history of the territory and knew where to find business. CRM systems were around, but salespeople are often hesitant to share their knowledge as it is a valuable asset for performance.

The historical knowledge that gives a salesperson an edge can help keep them from being replaced by less expensive sales channels. The same can be true about management of physical assets. The knowledge of how to maximize equipment performance is often “buried” in the mind of the maintainer. That presents a problem when that person leaves for another job or retirement. When they leave, that “buried” knowledge leaves with them.

For example, when I worked in a telecommunications manufacturing plant, there was a particularly skilled machine setup operator who had a knack with a complex assembly machine (26 axes of motion and machine vision to give you an idea). Dan (not his real name), was able to get more production from the machine than other shifts. Dan was good at getting the machine aligned but not so good at training others on how he did it! Unfortunately, Dan had a serious snowmobile accident one winter and was out of work for several months. Production suffered, but Dan had his old job back as soon as he was ready.

So keeping trade secrets is an age old tradition and (we all know) it is hard to change human behavior. So, how can operations that rely on skilled labor guard against losing money when those skilled humans have left?

2. Correlate production data with other systems like maintenance and energy management. Like an earlier article on what happens when a power interruption impacts production, having siloed systems for asset management, energy management, and production obscures the root causes of lost production. Variability in human performance needs to be correlated with financial results so that investment in tools and training has a clear ROI.

3. Ensure that incentives are aligned with asset management goals. Dan’s inclination to “play his cards close to the vest”, were in his best interest (also, think of those lucky people who retire and are hired back as consultants!). His job was waiting for him when he returned and he had leverage due to his skill in machine adjustment. Investment in good asset management systems and software will be sub-optimal if there isn’t alignment with incentives for the people who will be stakeholders. Team goals coupled with recognition for individual performance can help short circuit individualistic behavior.

Having a formal asset management system along with integrated reporting from disparate system aligned with the correct incentives to drive behavior will help ensure that asset performance doesn’t suffer when the experts are gone.

So, make sure your experienced workers don’t take their tricks of the trade with them to the lake house when they retire!

3 Ways to Maximize Return on Assets with Risk-Based Maintenance

Effective maintenance strategies begin with an understanding of why assets fail

Empower People with the IIoT to Improve Asset Performance and Reliability