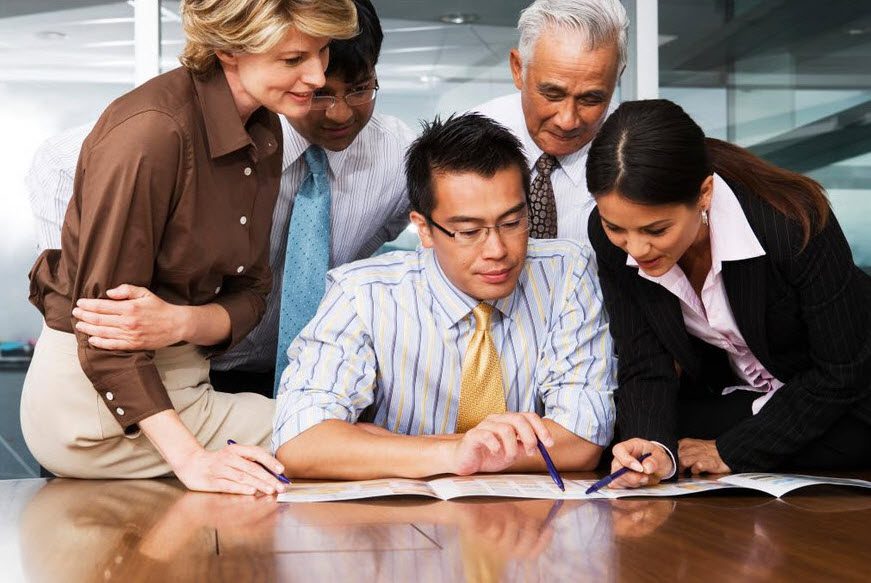 I was recently in Singapore listening “again” to an experienced HR person comparing the matrix model with the hierarchical model … and suddenly in this high tech environment I realized that this discussion was almost entirely absurd and irrelevant.

In a global context, the life of a company is about “decision making”. Whether it is budget definition, risk taking, customer pricing, spending, hiring, firing, choice between priorities, etc … everything ultimately is decision making.

The traditional debate: matrix versus hierarchy – an obsolete view?

Another way of decision making, often considered as more advanced, is called the “matrix” model.  Each employee has 2 bosses, with each of them focused on a complementary set of objectives, and decisions would usually need both in an agreement for an approval.

The traditional debate, as the one I was listening to in Singapore, compares the pros and cons of both models. I will not go into such a comparison in this blog since I dare to say here that both models are in reality absolutely irrelevant to the need.

Each decision is different and needs different knowledge and delegation of authority. The role of a manager, facing a decision to be done on behalf of the company, would no longer need his boss(es) approval, but would get the approbation of the appropriate stakeholders around a specific decision or set of decisions.”  Those stakeholders often include external stakeholders like the customer.

To illustrate my point, let’s consider a typical decision like a large project sale to a given customer. The ultimate goal of the salesman is to get an agreement on price, margin, terms and conditions, risks, etc …  between finance, product business unit, country/region management, legal and obviously …. the customer. His role is not anymore to convince his boss only. Even if we would create a complex org chart with a couple of functional bosses, the variety of decisions to take is too large.

Companies should stop focusing on reporting lines and org charts but spend most of their internal design thinking time on who they want to be involved for which decision.

This has to be adapted to the company targets and culture. As an example, the fact that a given company prefers flexibility and adaptability or risk avoidance will change the number and seniority of the stakeholders involved in the various decisions.

This new form of organisation would empower employees again to be in charge of driving the decision process. It is also a way to really reflect in the decision process the culture of the company and how we want it to be perceived by internal and external stakeholders.

So modern companies should consider going into a “decision” focused organisation versus a “reporting” focused one.