This last month, July 2013 saw the passing of two great American electrical engineers of our mum’s and dad’s generation. We read obits. about Amar Bose and Doug Engelbart, both pioneers of the development of new technology for our next industrial information revolution. 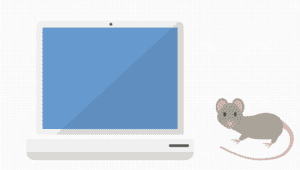 Bose was instrumental in bringing his father’s research and expertise as well as his own into the realm of acoustic genius while keeping his links with MIT and fostering further research. Doug Engelbart the CEO of SRI will be remembered for his classic invention of the Mouse and his visionary demonstrations of the way we might interract with computing including multiple windows and a collective sense of information.

Doug was also influenced by one of the greats, Vannevar Bush [what a great name !] who in July1945 had written his classic piece “As We Might Think” in the Atlantic. Vannevar’s long distance vision is still being realized today in the Web3 and beyond projects where casual semantic connections and traces can be retained to enhance not only our reality but our effectiveness as human beings on the world stage.

On a lighter note, possibly one other interesting aspect was his family history as told in the NewKerala Magazine.  In this article we find out from Prasanto K. Roy that Amar Gopal Bose‘s father Noni had fled India from the British in the 1920’s.  There are probably more stories to tell… So if you have something you would like to contribute that is positive please make a comment.

Creating “social behavior” in a PLC