Aria Silva, 32 years old, is a Mechanical Engineer that graduated from the Instituto Tecnológico de Mérida Yucatán. She currently works as a mechanical designer of low voltage switchboards in Schneider Electric and is part of the Global Schneider Electric LGBT+ community.

I’ve always believed in the power of words. For me, it remains a mystery how a story, no matter how simple or boring it may seem, has the power to inspire others. If someone can use mine, for me it’s a pleasure to tell you. But in order to tell my story, I must first tell you about the most important man in my life. His name was Sergio.

A confusing and uncertain youth 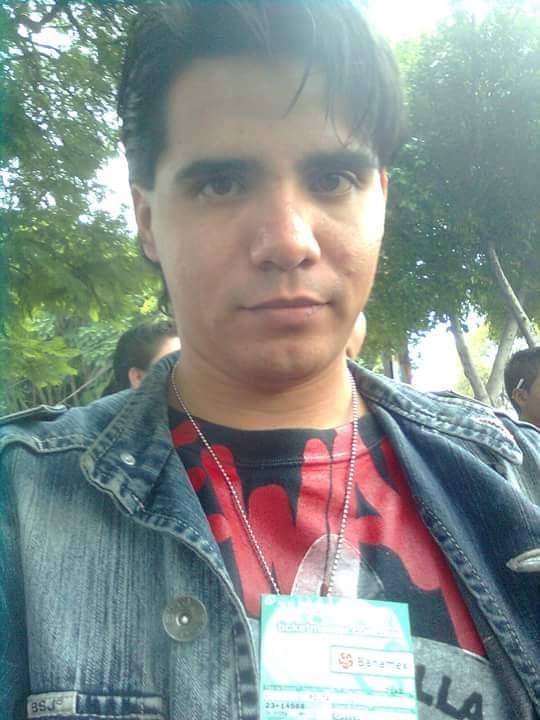 Sergio was born in Mexico City. At the age of 5, his family moved to Mérida Yucatán. Since then, Sergio began to be reserved, more than other children. Unfortunately, he learned very early that showing himself as he was, could not be a good idea. He didn’t get a positive response or acceptance from his schoolmates. During his childhood he lived feeling that there was something wrong with him, although he couldn’t express in words what he was experiencing, he only knew that he didn’t like the person he was at all. He always felt a strange sensation, never feeling calm.

For a while, he tried to improve his perception of himself by lying about his life story, not to get people’s attention but to make him appreciate himself a little more. Since it’s difficult to see the difference between the two, people began to distrust and turn away from him. At the time, he took it with the wrong idea: since he didn’t like himself, it was certain that no one else would like to be with him. It was what he thought, so during his high school years, Sergio tried to go unnoticed, he felt ashamed to exist, he isolated himself from everything and everyone. However, no matter how hard he tried to be invisible, his essence always emerged, which on more than one occasion attracted unwanted attention.

When he became a professional, he learned to live with that strange sensation, but it didn’t go away, and he kept struggling with it. For a long time, he decided to avoid the feeling by ignoring it, so as not to be inoperative.

However, as he turned thirty, his mood began to deteriorate. He had lived this way for so long that he assumed it was something that everyone went through at some point. He had no tools to define what was happening to him, but above all, to be able to answer the question. “Who am I?”. Loneliness and the internal struggle with those emotions were plunging him into deep despair and anguish, despite which he couldn’t cry, and that made him suffer even more. One bad day, no longer able to bear it, he decided to take his own life… At the last instant, he was saved by one of his co-workers. It was until that moment that he finally could tell how bad he was feeling.

Today, I’m infinitely grateful for Sergio’s strength and persistence to carry on, as much of him still lives in me. I’m the heir to his skills and talents.

The birth of Aria

He is the most important man in my life because I was Sergio. I talk about him as if he was gone. It legitimately feels like a past life and that I started to exist only a few months ago. It’s an odd feeling that now only lives in my memory.

Why did it take me so long to realize it? At this point, it’s impossible for me to remember what I was thinking then. I never showed “signs” of wanting to be a girl. I keep wondering what the signs could have been.

Could detachment from my own body have been a clue? I always avoided physical activities: sports, dancing, shopping for clothes, taking pictures, even looking in the mirror. Maybe I wanted to downplay it. I didn’t like dolls, I never showed interest in dresses or makeup or anything similar. It’s true that I liked some heroines on television, but little else. 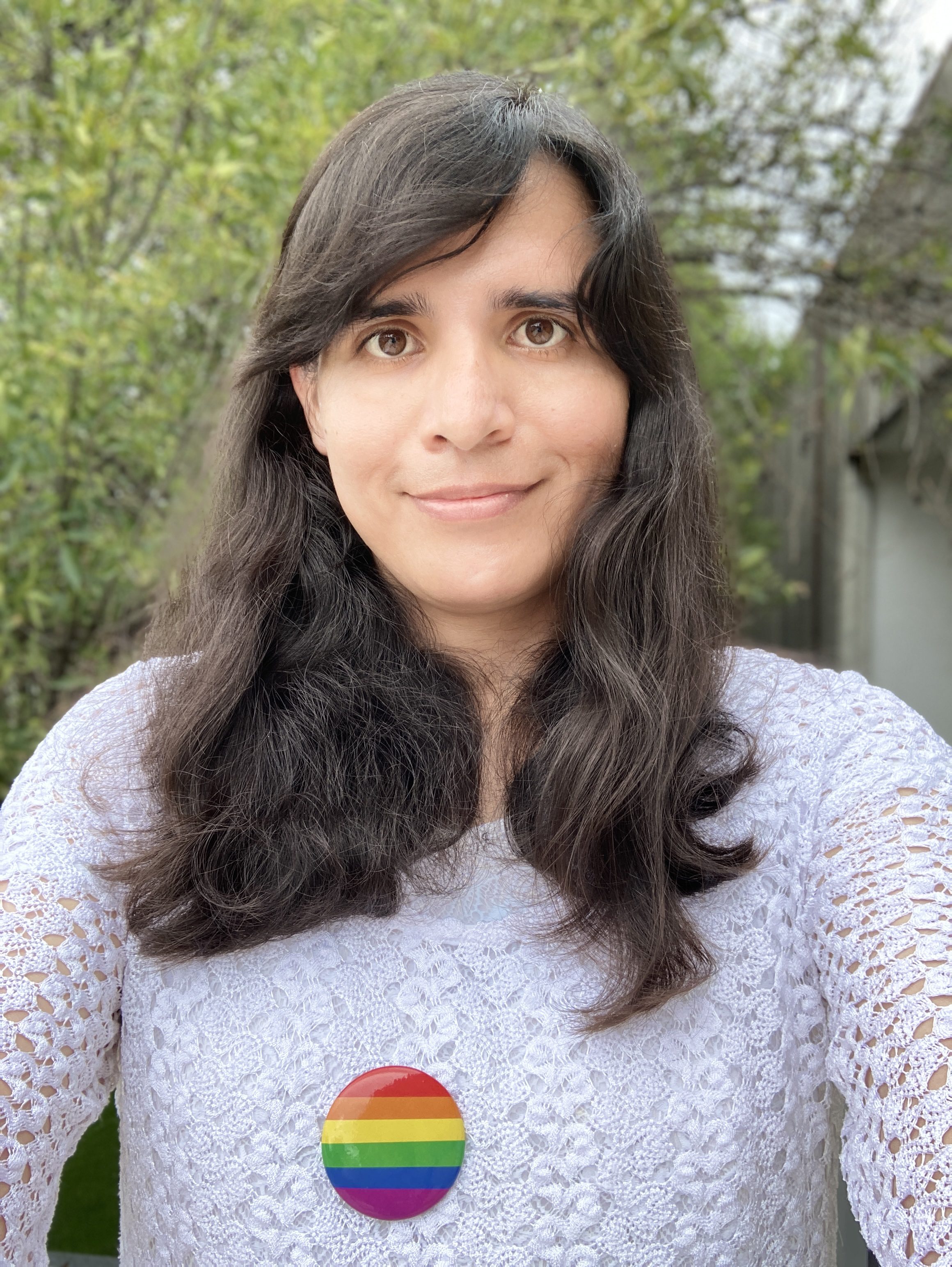 Before I started questioning myself about my gender, I thought I just don’t care, until I liked the way I looked. I remember the first time I saw myself in the mirror fully dressed and made up. For the first time in my life, I was able to recognize myself, to express and put a name to everything that I had been feeling for so long. One phrase popped up almost instantly in my head: “So, there you are”. The femineity that my figure reflected moved me.

With time perspective and therapy sessions, I’m aware now that I was living in pain. Specifically, with an anxiety depressive disorder, which continues to impact me, because I’m not able to define exactly when I started to suffer from it. I can only assume it was always like this. Until I decided to seek help that I was finally able to connect the dots in my head. Discovering and accepting me was the beginning for the better.

Now that my identity was firmly established, I’d have to face another harsh reality. It’s not a secret that LGBTQI+ people aren’t treated well in life, especially in Latin America:

All the above was already a source of stress on its own. Having this in mind, I am a transgender and bisexual woman, I was resigned that I should start from scratch. It was then when a job offer caught my eye.

People’s talent shines much more when they can be themselves.

Belonging to an inclusive culture with my new identity

I already knew about Schneider Electric and its inclusive values, but I wasn’t sure if someone like me would really have the chance to be part of it. I just wanted to stop being overwhelmed by the constant thought that I’d be rejected as soon as I presented myself with this “new” identity. Then I thought “I don’t lose anything by trying”, so I applied without hope.

A few weeks later, it was time to make a decision. They’d eventually find out the truth about my identity. I decided it was time to test whether they would be willing to embrace different. To my complete surprise, I wasn’t wrong to be open and straightforward about it. I felt liberated knowing that it was my talent and skills that had opened the doors to this company.

If something has remained crystal clear on this journey, it’s that people’s talent shines much more when they can be themselves. Forcing yourself to pretend to be someone you aren’t is frustrating and exhausting. Not only are there productivity holes left as a result of the constant dissatisfaction, but people around are also demoralized when they conclude that it’s wrong to be themselves.

For many, my frankness about it may not be great but for someone like me, I was convinced that the price I’d have to pay for being myself would be to lose everything, but being able to express myself without ties of any kind with the talented and diverse team that I found, a company where everything starts with respect and they’re always willing to listen to me, getting to work every day feels like a real gift. My ideas flow by themselves and the smallest details seem amazing to me, perhaps because I could never truly appreciate or perceive them before.

I’m still dealing with bad thoughts, the difference is that this time, I feel totally capable of facing them with everything I have. I hope that sharing my experience will serve as motivation for those who, for whatever reasons, cannot live openly yet.

I feel so proud to say: I am Me, I am UNIQUE, I am Schneider Electric

This blog was originally published in Spanish on our Schneider Electric Spanish blog page. Visit the blog here. 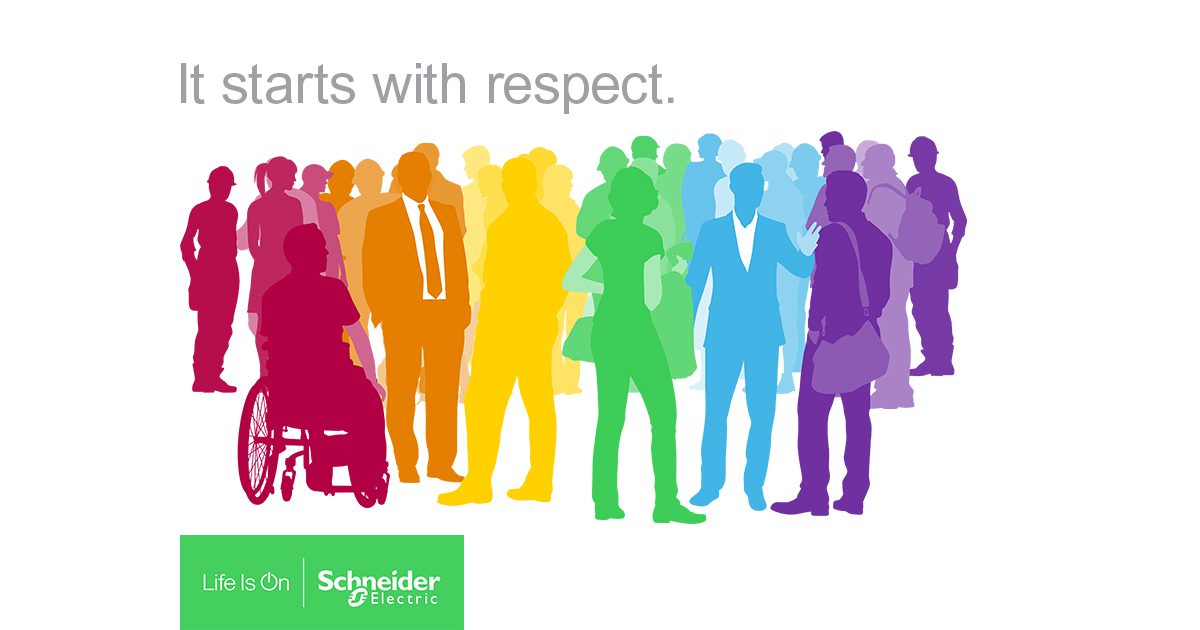