Home Life @ Schneider Teach Men That You Are an Engineer, Not a Female Engineer

Silvia Martini talks to us about why she joined Schneider Electric, what influenced her to start a career in Engineering, and details how females should approach a career in engineering.

What’s your role and why did you join Schneider Electric? 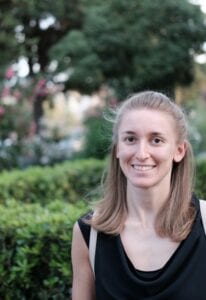 At the moment my role is that of a graduate trainee. I’ve completed two rotations in Marketing and BMS Commissioning. Now I am working with Power Systems. I joined Schneider because it’s one of the best engineering companies in the fields of energy and microgrids, for which I have lots of interest. I also joined Schneider because it really cares about its employees and work-life balance, which are both very important to me.

When and why did you decide to become an engineer?

It’s honestly a long story. After high school, I wasn’t sure what I wanted to do. But I was interested both in engineering and international relations. In the end, I went for International Relations and completed the degree in Florence. Even though I loved – and still love – the subject, the everyday job felt like it wasn’t for me. At the same time, I met lots of interesting entrepreneurs, and I thought I liked that, and I would become one if I started studying engineering. So that’s how I started, but I grew passionate about the electrical field itself and what you can achieve with engineering. Now I aim to become an expert in power systems and microgrids. Who knows, maybe I’ll be an entrepreneur in the future.

What excites you about engineering?

I tried a few jobs before starting engineering, and, even though engineering can be hard sometimes, it’s really a fun job. You learn how the world works. You think and find solutions to problems. And you get to see and experience exciting things. It’s not true for all types of engineering jobs maybe but is most likely true for the majority of them.

You learn how the world works, you think and find solutions to problems, you get to see and experience exciting things.

What has been your most rewarding experience as an engineer?

My career has been short so far, but I recently completed the commissioning of the building management system of a large data centre and that was a very rewarding experience, even just for all the things I learnt. Another rewarding experience has been creating a software and algorithm to predict power consumption and energy market behaviours for a power producer and supplier. The first experience was with Schneider Electric (Ireland), the second one with Sumitomo Electric (Japan). 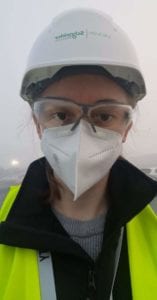 How has Schneider Electric supported you / your career?

Schneider has been teaching me a lot about the electrical industry and its engineering products. SE also provides many interesting and useful technical courses (that you can do as part of your job). It offers the chance to move around different departments (and this opened my eyes in many respects). I even got a mentor in France and one in Spain and they have helped me to understand the different areas that I was interested in.

What advice do you have for females interested in becoming an engineer?

My advice is: consider engineering as any other job. I have been studying and working in a male-dominated industry for some time now. The men I have met have been friendly and very normal honestly. Sometimes they don’t know how to behave around women (as they never worked with them). For example, if you need to move a chair or some equipment (which is NOT heavy), they will offer to do that for you, even though you can easily do that on your own. The same goes for a few other things, more technical ones. Men just need to understand you are like any other colleague, and once they see that, gender doesn’t matter anymore. It doesn’t take long to do that. Of course, there are probably lots of places where discrimination is still a thing. My career has been short, so I haven’t had that many experiences. Still, just be yourself, you don’t need to become a man to work with men. Teach men that you are an Engineer, not a female Engineer.

As an Engineer, what is the best advice you have been given, and by whom?

As an Engineer, the best advice I was given is from my best friend, who is also an Engineer. She started working before me, and she advised me to make as many mistakes as possible with my first job experiences. That’s because the sooner you make mistakes, the sooner you learn and make it right.