As we continue to celebrate National Apprenticeship Week, we hear from Finn Evans as he talks about his experience as an Apprentice and what it’s like to work at Schneider Electric.

How did you decide you wanted to do an apprenticeship after school?

I decided I wanted to do an apprenticeship after school as I wanted to gain work experience and learn new skills. By doing an apprenticeship I was given the chance to ease myself into what it’s like to have a full-time job and the same time go to college and work towards a qualification that could help my career massively down the line. 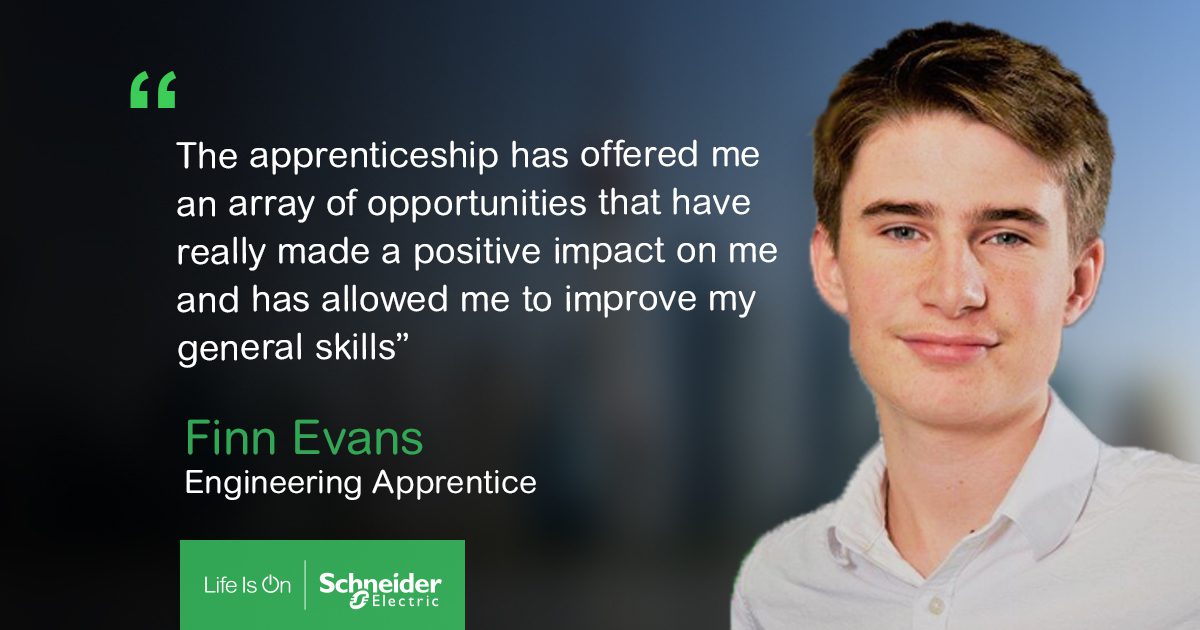 What was it that attracted you to join Schneider Electric?

At first, I wasn’t sure about pursuing a career in Electrical Engineering but then I saw what Schneider could offer me; the chance to have a full-time job and gain knowledge from new people whilst still being able to gain qualifications. I had also heard that Schneider was a great company to work for as you’re surrounded by friendly and knowledgeable people who are willing to help, which made my decision to join quite easy.

What opportunities has the Apprenticeship provided you?

Being an electrical engineering apprentice has offered me an array of opportunities that have really made a positive impact on me and really has allowed me to improve my general skills but also to communicate with new people and bring me out of my shell. I was tasked with presenting to a room of twenty people who had all been at Schneider 10+ years which at first was quite daunting. But once I had done the presentation, I felt so much better and this alone has made me a lot more confident when speaking with large crowds and new people.

Tell us how Schneider has supported you to achieve your goals?

Schneider Electric has always supported me when achieving my goals. As mentioned earlier, Schneider is full of people who are friendly and always willing to share their skills and knowledge with you, so you can enhance your skills and maybe even pass them on to someone else. Also being an apprentice, I have always had support from people around me like my boss, the apprentice support team, and teachers from college.

Schneider has always supported me when achieving my goals.

What type of job would you like to do when you finish your electrical engineering apprenticeship?

As I have been in the majority of the different placements at Schneider, I have seen what each placement offers and gained knowledge from every department which I am extremely grateful for. I would like to get a full-time placement on the LVE shop floor at the end of my apprenticeship as I have really enjoyed my time there and I believe I have learnt a lot of new skills and I hope to learn more in the future.

What advice would you give anyone thinking about doing an apprenticeship?

Some advice I would give to new apprentices is to have an open mind as you may not like the sound of a certain task but always give it a go as you may find at the end you really enjoyed it. Also, try to gain every bit of knowledge from the people you meet here as there are many people who are full of knowledge which could really help you further down the line. Finally, make sure you give one hundred percent on everything you do here as it will not only make you feel better about yourself, but may also affect the people around you.

Thank you to Finn for sharing his insights on what it’s like to be an Apprentice at Schneider Electric. 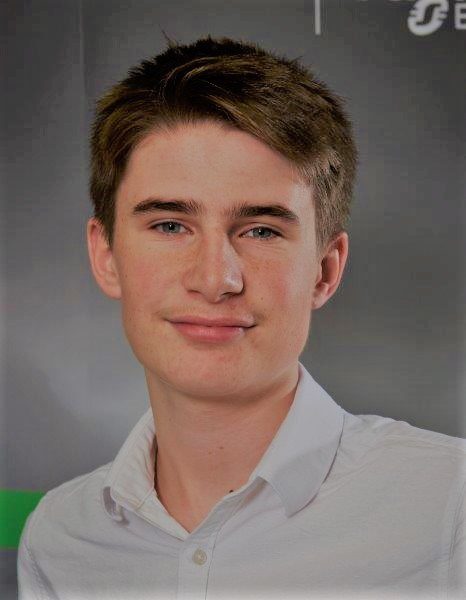 Finn is a second-year Electrical Engineering Apprentice at Schneider Electric in Telford. He has worked in several areas of the business, where he has picked up many new skills. Since joining in late 2019 Finn has been exposed to many different ways of working. He is currently on the engineering shop floor where he’s learning the entire production process of products whilst also working with new people. Finn decided to join Schneider as he enjoys engineering and problem-solving. Finn is also currently working towards an Electrical Engineering BTEC that he hopes can help him further his career within the business.