On 24th September, I had the privilege to join as a panelist in a Panel Discussion at the Asian Women In Leadership Summit Singapore. In its 9th edition, this year’s summit was held on a virtual platform and brought together senior business leaders, policymakers, and entrepreneurs – men and women to discuss various initiatives and ideas to bridge the leadership gender diversity gap. Together with illustrious peers from the industry, we had an exchange on this topic and I would like to share a couple of thoughts upon reflecting on the insightful discussion that we had.

It has been proven that a diverse organization would experience a higher level of innovation, performance, and better business results. Diversity extends beyond gender to nationalities, generations, etc. It enables us to see challenges differently and consider a broader solution for our employees, clients, and communities. This means that greater gender equity will bring about better business benefits.
According to research published by Harvard Business Review, women score higher than men in most leadership skills. In fact, while the differences were not huge, women scored at a statistically significantly higher level than men on the vast majority of leadership competencies they measured. The research analysed thousands of 360-degree reviews and found that women outscored men on 17 of the 19 capabilities that differentiate excellent leaders from average or poor ones. 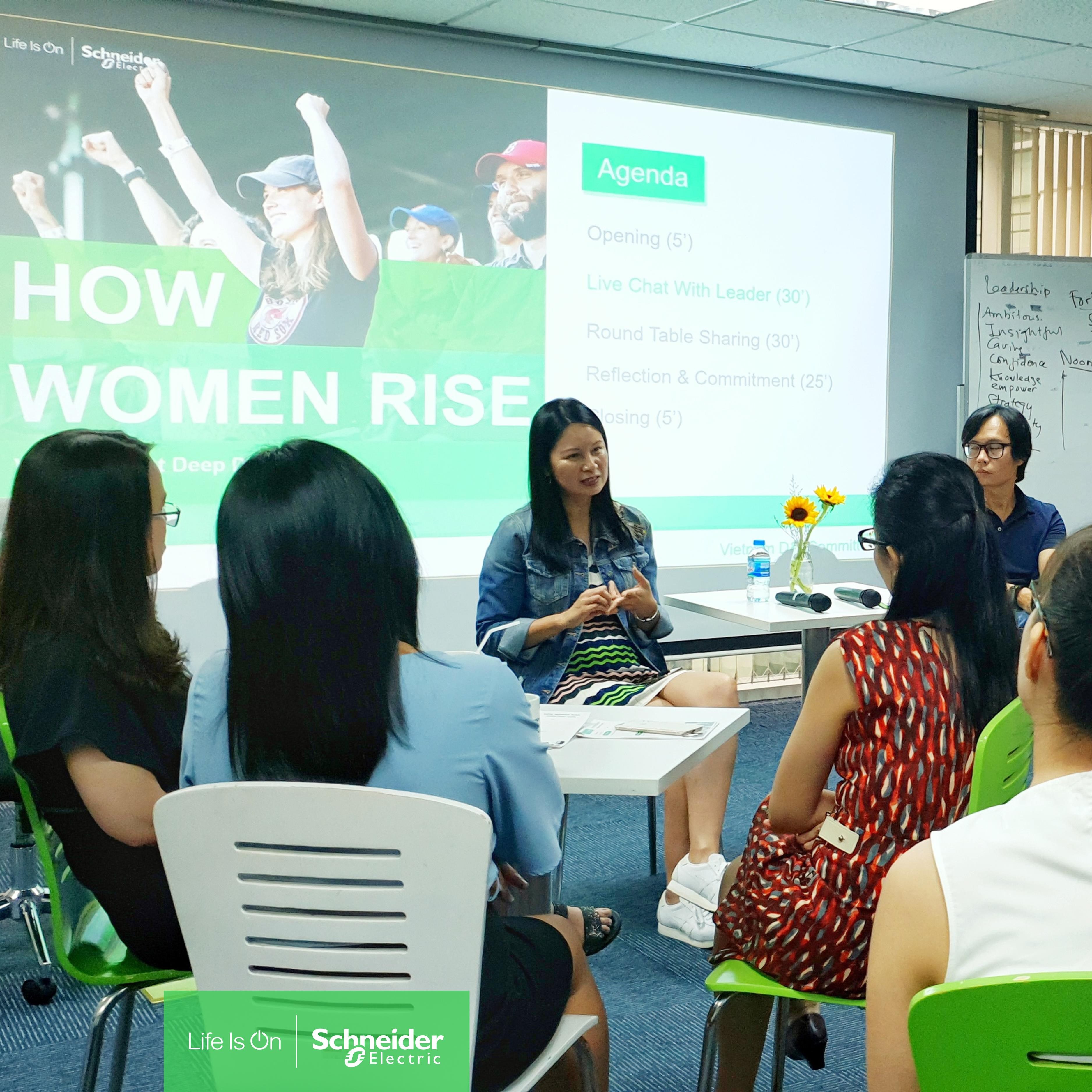 Many of the adaptive capabilities that are more intuitive to women have taken center stage during this crisis period – collaboration, compassion, empathy, participative decision-making, creativity to name a few. Coincidentally, these characteristics are also highly valued by the Millennials and Gen Z – the future workforce – who place a high emphasis on human connection and community.

Within Schneider Electric, we have done an analysis after our Employee Feedback Survey, comparing randomly the results of 50 female people managers and 50 male counterparts, out of the total 233 people managers in East Asia Japan, we found that female leaders scored higher than male leaders across all four aspects being evaluated: Communication, Psychological Safety, Prioritization, and Empowerment.

It is important to emphasize that both women and men are equally capable of leading effectively, given the right competencies and experience gained. It is therefore important to achieve gender balance in the workplace and these studies give us an urge to act more boldly and rapidly to accelerate women to leadership roles because we haven’t done enough of this.

If yes, why do we still have challenges with women in leadership?

Given all the business cases that we have built, and efforts spent to bridge the gender gap in leadership, why is it still challenging for more women to accelerate to leadership positions? There are 3 main reasons for this:

What have we been doing at Schneider Electric?

As an organization that believes in equal opportunities for everyone everywhere, we Schneider Electric have been playing our role proactively in the equation.

We have achieved certain victories through our D&I Journey, notably with 42% female representation at board level by Apr 2020, via a diverse portfolio of our initiatives, such as: 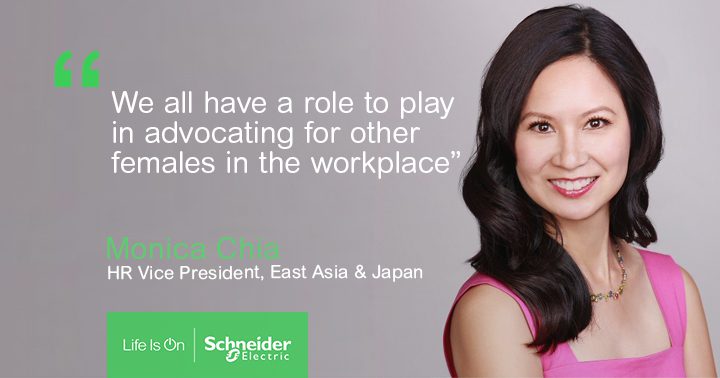 Yet there are areas that we can do more, on top of the global strategic pillars under our Gender Diversity agenda (Empowerment, Inclusive Practices, Inclusive Behaviours, Advocacy):

In East Asia Japan, our ambition is to reach 35% women at entry-level and 30% women in leadership by end of 2020. However, we strongly believe that the objective is not about the numbers, and the journey will not stop when we achieve the KPIs. It is more important for us to build a culture and an environment in which every one of our employees, including female colleagues, are empowered and included to be the best of themselves.

My advice to women on the gender parity journey

Be yourself, be confident, and know that you are bigger than who you think you are. Believe in your greatness.
We all have a role to play in advocating for other females in the workplace. Women need to be lifting women, put your passion into action to change the world, one woman at a time.

Join us to support more women in leadership here. 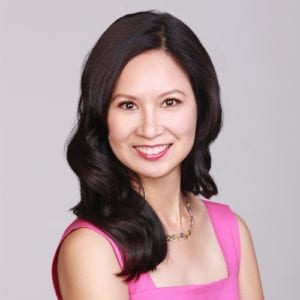 Monica Chia joined Schneider Electric more than a year ago as HR Vice President for East Asia Japan, leading our HR function across 14 countries with more than 3,000 employees.  She is a results-oriented senior HR executive highly skilled in organization transformation, talent management, and culture-building whose broad HR experience ranging from building HR infrastructure, ramping up operations, integrating acquisitions to right-sizing operations as well as being well versed in all countries in the Asia Pacific.