Home Life @ Schneider “I can see this changing the world”: Go Green in the City winner tackles energy challenge with innovative idea 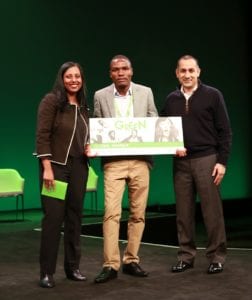 28-year-old engineer and his teammate beat out 24,000 students from across the globe to take top prize in Schneider Electric’s business case competition

Zvirevo Chisadza was struck by the lack of access to clean energy in rural communities in Zimbabwe. But it was there the 28-year-old engineer had a light bulb moment.

That mindset twinned with visits to rural Zimbabwe was the inspiration behind Chisadza’s first-place win in Schneider Electric’s Go Green in the City business case competition for 2018.

The international challenge supports young, talented individuals by getting them to solve a real-life issue around energy management.

Twenty-four thousand students from across the globe applied for the competition.

But Chisadza and his teammate, Tariror Cynthia Mutsindikwa – who both hail from Zimbabwe – won the case by developing an Organic Photovoltaic Greenhouse (OPG) to grow crops. Unlike conventional greenhouses, an OPG is covered in a layer of flexible organic solar cells, which allow the greenhouse to remain self-sufficient. That means there’s no need for fossil-fuel-based sources of energy to keep the greenhouse running. Just sunlight.

In addition to running on clean energy, OPGs solve another challenge close to Chisadza’s heart: world hunger. According to statistics from the United Nations, 11 per cent of the world population endures hunger, and 815 million people are impacted by food shortages annually.

By running off the grid, OPGs can reduce global food shortages by 20 per cent, all while cutting 450,000 tonnes of carbon emissions produced by conventional greenhouses, Chisadza said.

“I can see this changing the world because it addresses many problems,” he added, referring to OPGs. “It tackles food shortages, energy problems and climate change,” Chisadza said while visiting the Schneider Electric Canada corporate headquarters in Mississauga, Ont.

As part of winning the case competition, Chisadza got to visit two countries where Schneider Electric operates. He chose Canada, and Australia. 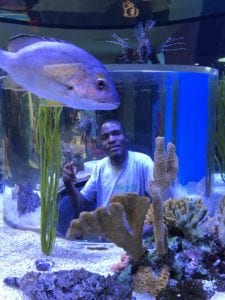 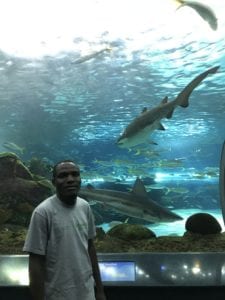 His teammate, Mutsindikwa, couldn’t make the trip due to her studies, which she’s currently completing at the Pan African Institute of Water and Energy Sciences in Algeria. Chisadza is a graduate of the institute.

During his stay in Canada, Chisadza got to tour Toronto sights like the CN Tower, Harbourfront and Ripley’s Aquarium. But there’s one thing that stood out for him during his time in Toronto: the diversity.

Seeing people from across the globe living together in Toronto is something Chisadza said he’ll continue to remember.

Both Chisadza and Mutsindikwa will be offered the chance to start a career at Schneider Electric.

About Go Green in the City

Schneider Electric’s international business case challenge, also called Go Green in the City, aims to support the emergence of innovative solutions to meet future challenges in intelligent energy. Students worldwide must be registered in a bachelor’s (at least the 2nd year), master’s or MBA program of business, engineering, physics, computer science, mathematics or other sciences to be eligible for the challenge. Click here for more information. 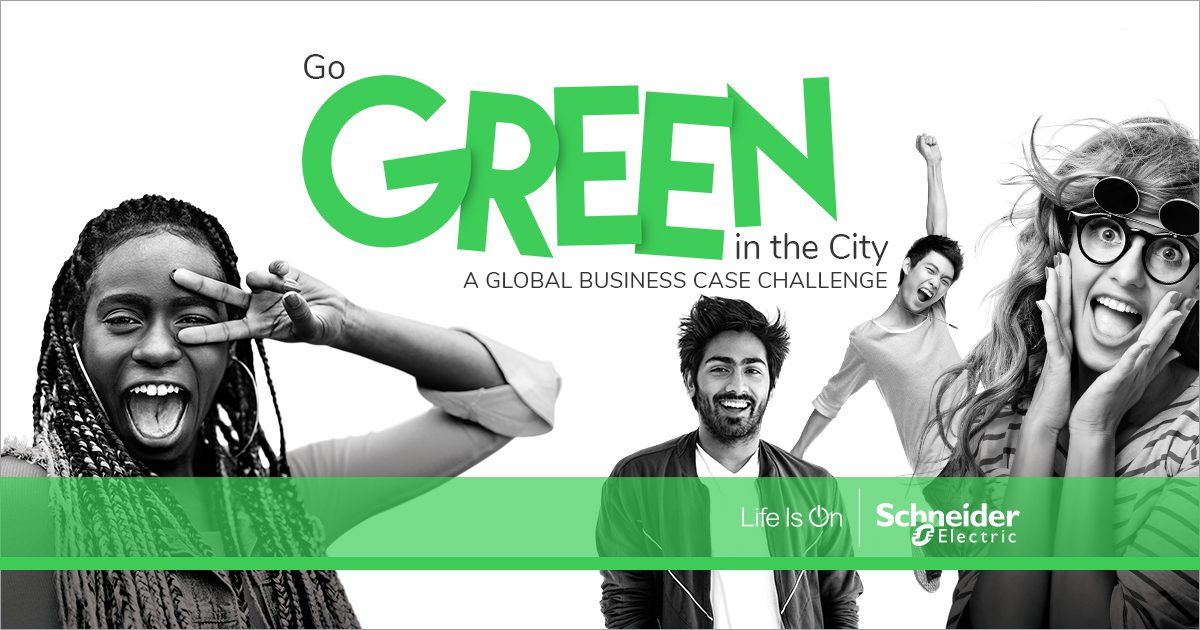 Follow Go Green in the City on Social Media