In 1994, after serving in the US Army as a Prime Power Specialist, I came to a point in my military career where I needed to make a decision. Go all in and stay until retirement, or join the civilian world after 10 years in the military. My family situation at the time made choose the later.

Time in the Military

My military service took me to war and other conflicts like Saudi Arabia and Kuwait during Desert Shield/Desert Storm operation. It also took me to Bosnia, Turkey, Somalia, South Korea and a few other places. Our main responsibilities were to deploy and provide reliable electrical power in a large scale all over the world, both during conflicts and peaceful missions. Some of our greatest jobs included powering the Patriot Missile and Hospital sites during desert Storm.  We set up power plants to support road construction and community development on remote, rural areas.

During my years of service, we also performed many disaster relief missions for events like the Kansas floods and Hurricanes Hugo and Andrew.  Other assignments included providing power to humanitarian missions in places like Honduras and Haiti. The exposure to all these different places, getting to interact with the people that lived there, and getting to know so many different places and cultures gave me a very different perspective in life. I truly appreciate every little thing that I have and always try to convey that to everyone I know. These experiences I will never forget.

After a decade in the military, I had a choice to make.  My boys were teenagers, and my family was looking for some more stability, and so we decided to transition into the civilian life.

An old friend of mine who had already left the military was working with Square D in the 90s.  He told me about an opening in Florida, and the rest is history. At the time, Prime Power Specialists had an excellent reputation for their training, discipline, hard work, and training, and were very sought after by the industry. The training and experience I acquired in the military gave me the confidence and skills I needed, and I was prepared for this move.

I interviewed for a Field Services Representative role, and officially joined Square D Services in 1995 when it was still a group in development. We were 4 technicians with fax machines, reporting to and getting orders from the regional Services Group in Atlanta. Shortly after, Tampa became its own district. During this time, Square D was becoming part of Schneider Electric.

Longevity in My Career

After 24 plus years, people regularly ask me why I have stayed with the company for so long. My easy answer is that I truly love what I do. In my current role as a Services Manager, I not only get to deal with customer needs, but have an opportunity to lead and teach a group of technicians everything I’ve learned in all these years.  To me, it’s an adrenaline rush being able to help people and be the one to solve someone’s problems.

I also love the territory we cover. I have gone to Mexico, Bahamas, Bermuda, Puerto Rico, Panama, Nicaragua, South Korea, Costa Rica, Chile, Peru, and many other fantastic places as part of my job. What is not to like? But the reality is, that at times when I had to deal with difficult situations, this company’s leadership always stood by me. When help was needed around the world, Schneider was there. It’s something that I won’t forget.

During last year’s Hurricane María, the impact to my country (Puerto Rico) was devastating. Schneider Electric leadership immediately let us know that if there was anything that needed to be done, they were ready to help. Utilizing out Tampa services offices as an improvised hub, many Schneider employees with relatives in Puerto Rico would either send supplies here for us to ship out, or we would coordinate the pick-up from their location and deliver them to their loved ones. I am very proud of having served in the US Army and my time with Schneider and the amount of people I have being able to help as a member of both. 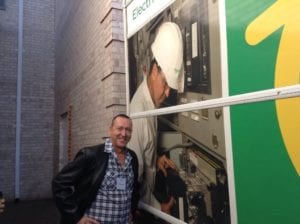 From Square D, to Schneider Electric, from the beginnings of Q2C and 4 color paper FS101s, FDC, SMS, Power DB, bFS, from an FSR, Operations Manager, District Manager, and now Power Services Manager, it’s been quite a journey, and I don’t regret a minute of it.

If you are a veteran interested in learning more about transitioning to a civilian career with Schneider Electric, visit our military careers page. 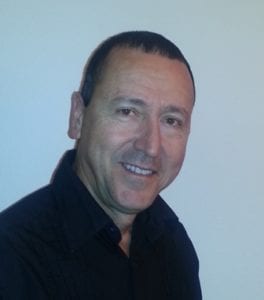 Elvis Colón is currently the Power Services Manager for the Schneider Electric E&P Florida Services Group. He is a father of two sons (Elvis and Alex) and lives in Tampa with his wife Vivian and two step daughters, Yalexi and Valeska.  He was a little league coach and red Cross volunteer and currently helps with the Steibrenner High Theater Group.

2 Vets Share Why They Love Working At Schneider Electric

Reflections on 41 years at Schneider Electric