What happens when a software architect starts to implant an industrial revolution in the hive? Schneider Electric colleague Marcus Zinn advanced it. 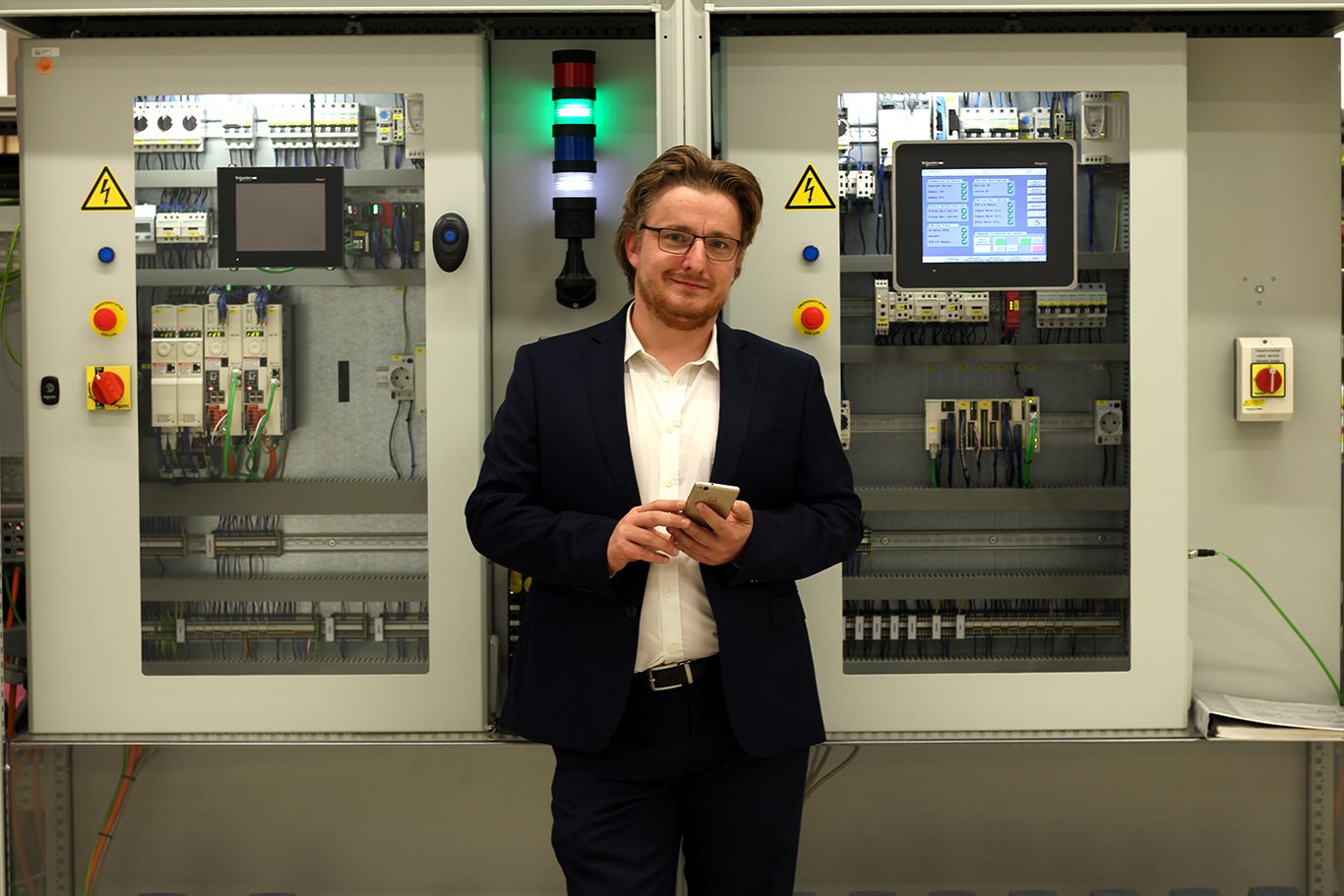 Full of anticipation, Marcus Zinn stands on a small meadow behind his workplace in Marktheidenfeld. The view of the surrounding fields is far and mostly yellow. Rapeseed blooms as far as the eye can see. Usually, Marcus Zinn is a software architect at Schneider Electric, but today he slips into his alter ego. Like Peter Parker and Spiderman or Superman and Clark Kent.

Self-confident, but thoughtful and focused on every impression, he approaches a wooden box which stands inconspicuously in the sun. With a net in front of his face and wrapped in a white suit, he opens the lid: The hum is deafening. “Like standing next to a highway,”, he explains. For Marcus, this a moment of pure relaxation. Now he is a beekeeper. He can leave his everyday life and his daily work completely behind. Or at least almost.

“Leading Edge Technology: That’s what I want to work on!”

For a man like Marcus Zinn, tinkering with software, technology and data is not only his profession but also a hobby. Already in 2005, he built a quadcopter with a friend, even before there were components for it in any store. In 2010, he developed a working 3D printer, long before the devices were on sale. “I want to experience technology myself, try it out and work it out,” says Zinn. “Leading Edge Technology: That’s what I want to work on!”. No wonder that he is responsible for all IIoT (Industrial Internet of Things) applications in the mobile sector. It does not surprise that he does not give up his fascination in technology when it comes to beekeeping.

Zinn develops software for industrial plants in his daily work. The customer should be able to control an industrial plant with a mobile phone. Using mobile technology means, all available data are always disposable. So Zinn wondered, why not connecting his bees with IOT technology? But what data is available to track in a beehive? And what do Zinn and his beekeeper friends hope from this measure?

When the beehive hums gently

We are back on the meadow. Marcus Zinn in his white suit, net in front of his face and very concentrated. 50,000 bees are in the air and hum in unison incessant. “You have to understand it like a sports car,” explains Zinn. “I open the lid and the bee colony grows loud as a whining engine and goes into full swing. After a short time, however, the hive levels down and hums more gently, like an engine after takeoff. If so, I know that everything is good with the bee colony.” But if not? What if the beehive is infected by a pest or if the bee colony is ready to swarm to look for a new home? “Then the frequency is different,” says Zinn. “Then the engine stays up to speed and aggressive.” That is what got him into an idea.

Bee colonies can also be intelligently networked – the humming of the beehive reveals much about the well-being of its inhabitants.

Hum is nothing more than vibration. If he could measure this, it would be possible to detect patterns in the bee’s vibration behavior. So, without even being near to the hive, he could find out if everything is fine with his flock. An IIoT application for his hives was born. “You should know that beekeepers have to have a look in the hive once a week in summer. Otherwise we risk that the colony divides and the one half is looking for a new home. On the other hand, any opening of the hive is an unnatural disturbance that we want to avoid,” explains Zinn. With the application, it would be possible to look less often in the hive.

Today, Zinn is already closer to his goal. He has installed acceleration sensors in his beehives (“They cost only a few bucks!”, Zinn laughs), like they are used in earthquake monitoring stations. The sensors save every humming on an SD card and send unnatural movements to the network via its own small wireless network. “I also encouraged this in my beekeepers’ association and found a lot of volunteers to build up a nationwide radio network,” says Marcus Zinn proudly. “The idea has a lot of potential!” 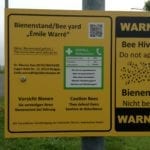 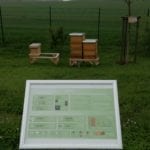 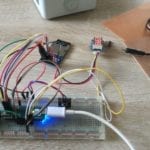 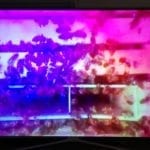 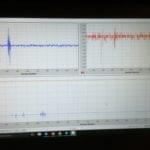 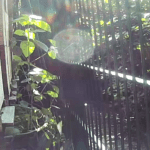 “You meet lawyers, job seekers or even engineers in the beekeeping association – the honey bee is interesting to everyone!”

The bold idea for Marcus Zinn is, to be able to evaluate the data in a way that he can categorize the vibration: this is a normal summer hum, this hum means it’s too cold in the winter time, and that humming is suggesting a mite attack. After all, opening the lid means the risk of accidentally crushing the queen. Also in the winter, when the beekeepers leave the bees alone, the vibration of the hive could tell whether it is sick, cold or infested. In the end, it also makes work easier because the hive needs to be checked less frequently. As Zinn says, “If you open the hive once a week, that does not sound like much work. But if you have 13 hives, you can spend a lot of time there. ”

If the employer is the best honey customer

A software architect from Schneider Electric is revolutionizing the old beekeeping trade as a part-time job. “The great thing about beekeeping is that it interests a huge number of different people. You can meet lawyers, job seekers or even engineers in the beekeeping association,” says Zinn. “The honey bee is interesting for everyone.” Also the site manager of Marktheidenfeld. He does not only allow the 250,000 pets on the site, he is also the main consumer of the honey. About 50 kilograms of honey become with help of labels “Zenit honey”, named after the location in Marktheidenfeld of Schneider Electric, which also bears the name “Zenit”. A popular gift for guests or fancy gift for customers. 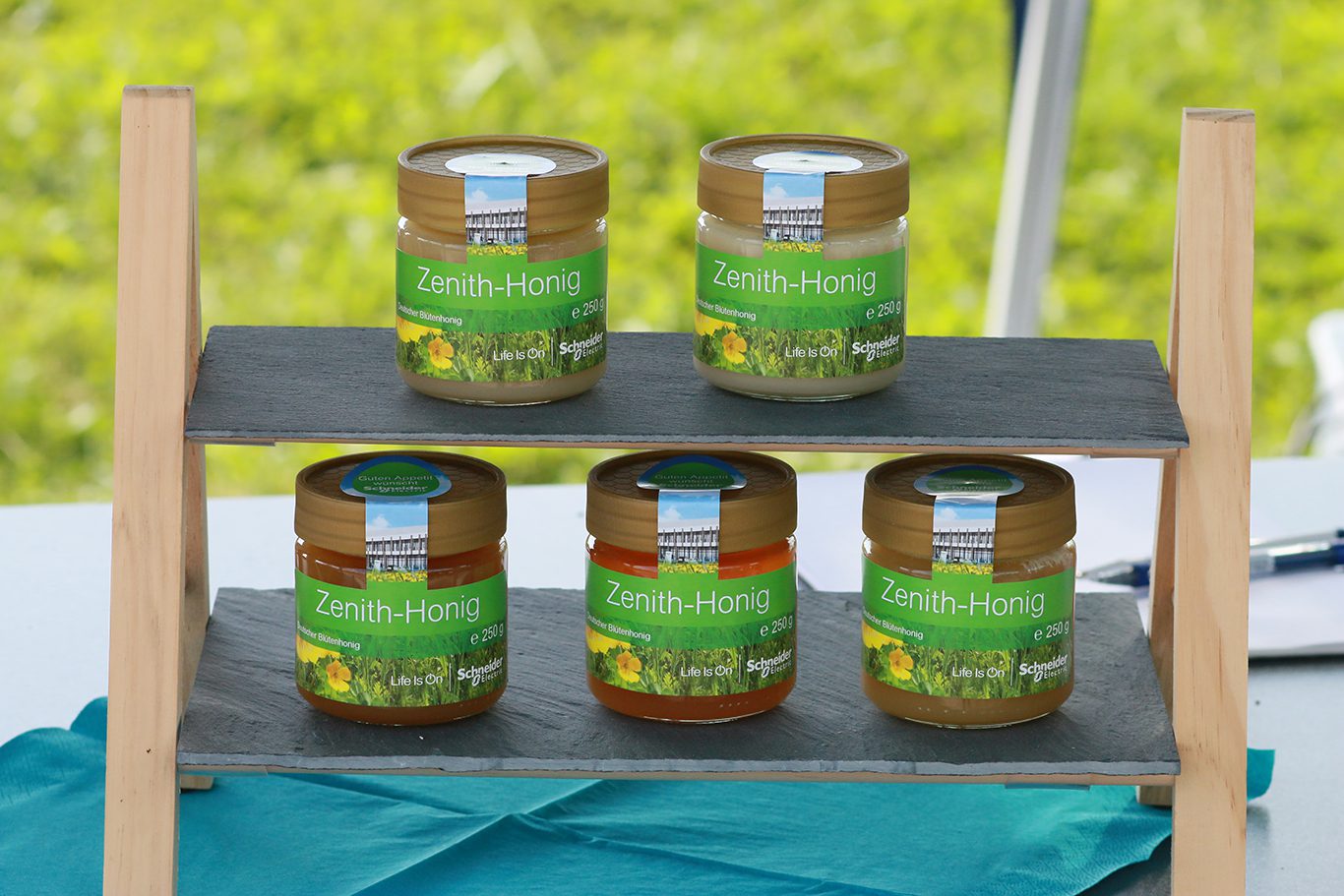 Zinn closes the lid. The bees are humming contentedly. The engine vibrates easily. For Zinn, it has been doubly worthwhile to expand his career at Schneider Electric. Ten years ago, Zinn was attracted by the opportunities for advancement and perspectives at Schneider Electric. The medium-sized enterprise he previously worked for could not offer that to him. Thus, the graduated business information specialist could do his doctorate in part-time in computer science and keep bees. He has the bees to leave his work routine behind; the doctor to teach. He hosts seminars at the university in Darmstadt and in Frankfurt (both Germany). “I really enjoy working with young people”, he explains. “As a manager, I am working with a young team – most of them are under 30.” If you listen to Marcus Zinn, you immediately realise, that he loves his job. His enthusiasm for technology is contagious. “I have a lot of responsibility in my job, it’s about a lot. I like that,” says Zinn. And who cares devotedly for 250,000 bees, certainly knows how he leads a good team to success.

Smart, Connected Thermostats: A Better Mousetrap for the Energy Industry

My Experience Visiting The Hive: Schneider Electric Headquarters in Paris

Will there be an industry app store?

Introducing our open IIoT platform: the next evolution of data analysis for Industry