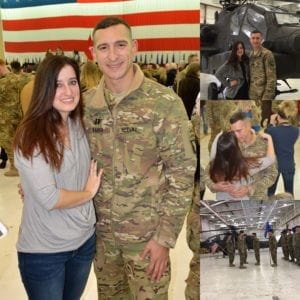 I spent many years in the military before making the leap into a corporate career.  The main factor behind my transition out of the military was for more family stability and to maintain a reasonable work-family balance.  I found a great fit with Schneider Electric.  Schneider Electric was recently awarded the status of Military Friendly® Employer, and I’d like to share my experience.

Traveling Around the World

I spent years moving from base-to-base; I know most military families can relate. Three weeks after graduating high school, I traveled from San Diego, CA to West Point, NY and reported to the cadet in the red sash as I began cadet basic training.

After graduating, I reported to Ranger School and the Basic Officer course at Fort Benning, GA.  Then I moved to Fort Rucker, AL for flight training.  After graduation, I moved to Pyeongtaek, South Korea and spent a year living on the military base.  The next year I moved to Uijongbu, South Korea.  Nine months later I moved to an apartment in Anjong-Ri, South Korea.  Dizzy yet?  Eight months after the Korean apartment I moved back to Fort Rucker, AL for six months of career development.  I was then moved to Fort Campbell, KY.  Between training exercises, external support requests, and a combat deployment, I spent only 5 of my first 18 months at home. 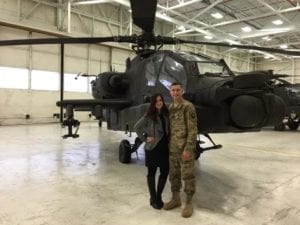 After so many moves all over the world, my wife and I decided that we needed some stability as we prepared to have children and grow our family.  I was not sure exactly what to expect from this next step in life, but I was on the lookout for an employer that could provide multiple avenues for career growth while supporting a healthier work-life balance.  I am very happy to report that I found such a workplace with Schneider Electric.

I had reported to several new units and duty stations while I was in the Army.  Each experience was different: ranging from constant orders and yelling at basic training to an extremely regimented in-processing in the Republic of Korea to a 2-day checklist process stateside.  I had run the gamut of experiences when it came to reporting to a new military installation. 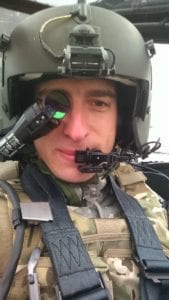 When it came to my first day at Schneider Electric, however, I had no idea what to expect.  In the weeks leading up to my first day, I invested in a new business wardrobe (no more camouflaged combat uniforms).  I spent hours trying to decipher the intricacies of the corporate dress code.  I had spent over a decade learning the restrictions for allowable sideburns (no lower than the opening of the ear, and no individual hair longer than 1/8 inch) or the number of rings one is allowed to wear (2, including wedding set) per Army Regulation 670-1.  Unfortunately, Army regulations did not prepare me to understand coordinating belts and shoes or what color socks to wear with a certain pair of pants.  I had no idea what to expect, but I could at least dress like I knew what was coming.

Thankfully, it turns out I did not have to worry about feeling welcome at Schneider Electric.

Transitioning to A Corporate Environment 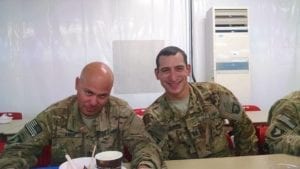 My experiences in the Army were varied, with a range of friendliness to gruff indifference.  At Schneider Electric, I found a strong culture of helpfulness from the individuals within our team.  My experiences with coworkers have been overwhelmingly positive and welcoming.  Since the corporate world was new to me, I asked dozens of questions daily and everyone around me was helpful and patiently answered even the simplest questions I had about the work, the systems we use, or the company in general.  These personal interactions helped make me feel welcome at Schneider Electric and played a key role in making my transition a success. 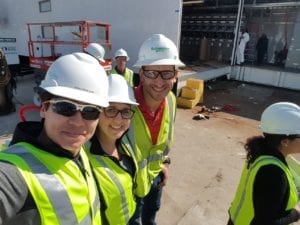 I received strong support at all levels, from my manager to my coworkers to the other Schneider Electric employees with whom I would occasionally interact.  At the time, I remember being amazed at how helpful everyone was to me as a new hire to the company.  It empowered me to get to know the people I work with and ask questions about anything I did not understand.

A particular event that stands out to me is the support I received from the US Services Organization (USSO) chapter of the VETS BRG (Business Resource Group).  At the time, there was no local chapter of the growing VETS BRG in the Nashville area, but the USSO welcomed me to participate in their remote chapter despite my role being outside of Schneider Services.  Rather than informing me that their chapter only covered those working in Schneider Services, the BRG brought me into the fold and provided an opportunity to interact with other veterans throughout the US now working at Schneider Electric.  Through this experience, I felt like I was truly accepted as a part of Schneider Electric.

Support for My Family

My transition from the military to Schneider Electric went well and I appreciate the benefits that the company offers as a part of total employee compensation. However, my personal experience over this past year has really shown me why I really like working for Schneider Electric. 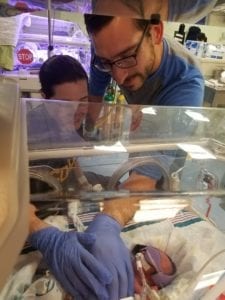 This past January my son was born 15 weeks early and we spent 104 days in the NICU at Vanderbilt hospital.  This was an incredibly challenging time for our family, but we successfully graduated from the NICU and made it home in large part to the support we received from Schneider Electric.  The outreach from my coworkers and management was very touching for our family; the flexibility in work scheduling made all the difference in our son’s life.   With a combination of paid time off, paid family leave, emergency care leave, and working remote from the hospital, my managers allowed me to spend most of the days in the NICU helping my son grow strong enough to come home.

There is no doubt in the doctors’ minds or mine that my presence and care for my son played a dramatic role in his healthy development; this was only possible because of the policies put in place by Schneider Electric and the support of my management team.  I find it difficult to imagine a similar scenario while I was in the military or working at most any other company, where the balance between work and family life includes investment in family.  Schneider Electric invested in me and my family, and a company that is willing to do that for us is a company where I’d like to develop my career. 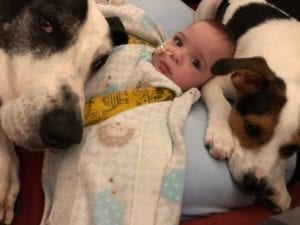 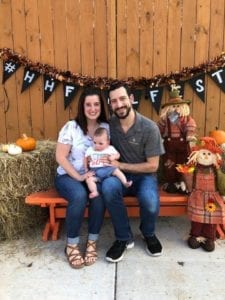 Looking Forward to the Future 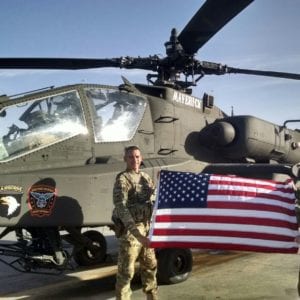 If you are a veteran interested in learning more about a career with Schneider Electric, visit our military careers page to learn more information. Current Schneider employee veterans, if you’re not already part of the VETS BRG, I highly encourage you to get involved in a local or remote chapter. 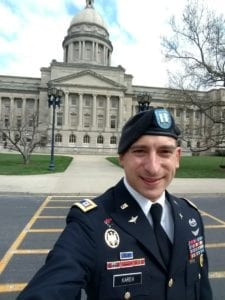 Victor is a project manager for Schneider Electric in Nashville, TN.  He is the Nashville chapter president for the Schneider Electric Veteran’s Business Resource Group.  In his free time, Victor enjoys working on projects around the house and spending quality time with his wife, son, and their two dogs.