It was a cool spring evening in 2018 when I landed in Boston, wide-eyed and bushy tailed, looking forward to three months of learning in a new city. This would be my first foray into technical management and I was eager to get started. I joined Schneider Electric as a Program Manager intern with the Industry Business Unit, where I would manage two projects while learning from the people around me. 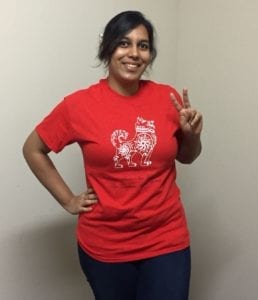 Everyone at Schneider Electric gave me a warm welcome and eased me into my internship. I lost my way inside the building on my first day (on more than one occasion) and people walking by me stopped to point me in the right direction. I noticed early on that the people were comfortable interacting with one another and they made an effort to include me in their conversations as well.

My onboarding process was effortless and I met three other incoming interns during my orientation. We exchanged stories on how we had got there and what we were looking forward to. My manager, Matt, and my mentor, Ricardo, had already put in the paperwork for ordering everything I might need and I was led to the workspace reserved for me.

I was assigned to two projects: a long-term project which would last one year, and a short-term project which would take four months to complete, both of which were part of a larger SE product that collected and analyzed data already in use by several customers. The larger project was a migration of the product’s interface from one programming language to another. I worked with a cross-functional team located in India and USA to ensure that the interface remained consistent during the migration so that customers who used the software didn’t have to relearn the design and layout of the new screen. I attended several demo sessions which explained the product’s human-machine interface so that I had a better idea of how the customers used it.

The main focus of my internship was on the short project which would roughly last for the duration of my internship. I worked on developing a custom reporting feature which would be added to the main product. This feature allowed the customer to customize the layout of the report which would be generated, thus making it more convenient for them to view the analysis without doing any further reporting. I worked on this project from the beginning, while learning the progressions of the software development process for lean development.

Since this project was a feature of the larger product, I had to keep the interface design consistent while also making it more modern. I designed and created the backend database for the system while developing a program which would collect all the data generated by the customer, analyze it, and report the findings as per customer specification.

Outside of the projects I was working on, I was given an opportunity to meet new people. I interacted with several interns in my building and we developed a deep respect for one another. We would often meet up for a quick chat during lunch to unwind and laugh at funny cat videos on the internet. I also had the opportunity to connect with several SE employees who were kind and helpful.

I was named the Intern Ambassador for my location, which meant that I was incharge of organizing an event for all the interns in my building. I organized a speed networking event for all the interns to meet the managers in the building and hosted an Icebreaker Bingo activity to, well, break the ice and get the conversation flowing at the beginning of the event. The event was a big hit and all the interns and the managers who were invited enjoyed learning more about each other and explaining their job functions.

My building also organized a cookout for everyone to enjoy the summer and mingle with each other. It was a lovely afternoon filled with laughter and wisdom and I went home with a big smile plastered on my face.  Schneider Electric sites across the globe hosted similar events to allow our interns to network and meet other colleagues. 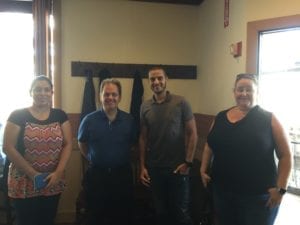 Throughout the summer, I met several key people working in the industry through a series of “Meet and Learn” sessions organized by Ricardo. I gained insight into how the different job functions collaborate with one another and learned from each stakeholder what their work day looks like. I learned about the vast array of products that are developed in my building and the effort that goes into maintaining them. I was surprised to know the rich history of my office location: Foxborough. Originally called The Foxboro Company, it went through several acquisitions before Schneider Electric took it under its wing.

Interning at Schneider Electric was a rewarding experience for me. I got an opportunity to contribute to a product which was being used by customers all over the world. I learned from the best people in the industry and was always welcome to sit in on meetings and product discussions to enhance my knowledge. I was recognized as a leader and organized a successful event for people working in my building. Most importantly, I met a lot of amazing people and made connections which will last a lifetime. 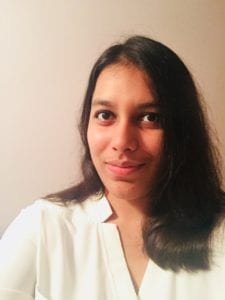 Juhi Bhatnagar is a Program Manager Intern in the Process Automation department of Schneider Electric, Foxboro, MA. She will graduate with a Master of Computer Science from Rice University in December 2018. Juhi is a technology enthusiast and you will often find her gushing about how amazing a website looks. She is an advocate for diversity and inclusivity in the workplace and strives to get everyone’s voice heard. In her free time, Juhi likes to read, sing, and chase after her cat.

Begin an amazing career with a bright future. At Schneider Electric, experience a solid start to your career within a high-performance environment that puts a priority on learning and development, collaboration, and well-being. We invite you to help us co-create the future.

We’re looking for innovative students to join us to help us ensure Life is On across the world.

We’d love to have you join as one of our #SEGreatPeople!

Intern to Full-Time Engineer at Schneider Electric: How She Did It