Ivonne Valdes, Vice President of the Cloud and Service Provider segment at Schneider Electric, has always believed that hard work and persistence pay off. And she’s validated that belief with each successful stop in her career. Now, she has been recognized as one of the top 100 most influential and notable Hispanic professionals in the United States by the Hispanic IT Executive Council (HITEC). 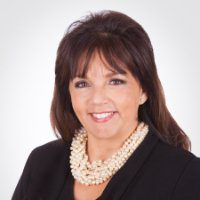 The HITEC list is made up of professionals who inspire and motivate the people around them. Ivonne has used her creativity and out-of-the-box thinking to inspire and lead change. Change both in business and in the people she works with.

“Define what success looks like”, Ivonne advises younger professionals. “What is your five-year plan? Ten-year plan?”

Having a clear vision of her goals and how to pursue them has guided Ivonne’s career from the start. She dreamed of working in international business and worked hard in school to pursue that dream. She graduated from college, and later earned her MBA. That education led her to Silicon Valley where she met creative people like herself.

“I knew I had found out-of-the-box thinkers”, she says of experience in Silicon Valley. It was there that she found a position she knew she’d be perfect for.

Fujitsu Microelectronics was hiring for a Gate Array Product Manager. Ivonne knew it was the job for her, but there was a small problem. “I didn’t have an engineering degree, so I enlisted help from a neighbor to tutor me.”

Ivonne believes that finding a mentor or sponsor is key to career success. Without that informal training and dedication, she may not have landed the job she wanted. While the experience with a tutor gave her the knowledge base she needed to excel, she knows for certain that without her single-minded focus on what she wanted, she would not have gotten the job. Knowing that persistence is a key to success, Ivonne took persistence to a whole new level.

“I called the hiring manager every day for 40 days,” she says. “On day 40 he said, ‘Fine, I will set you up for the interview. But if you don’t get the job, I never want to hear from you again’”.

She got the job, and as she puts it, “the rest has been a wonderful ride”.

Through an early career experience like this, she already learned that to get what she wanted, she had to be smart, tough, and willing to deal with rejection and push back.

“My advice is to work hard, learn the business, and don’t take no for an answer. You need to own your career and your life.” 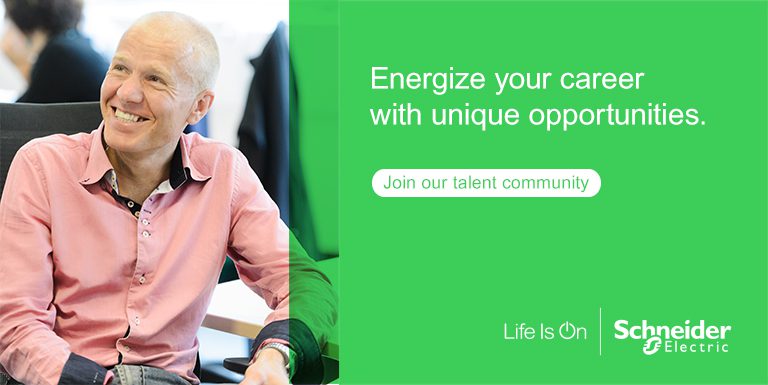 Since finding her first dream job, Ivonne has brought that same attitude and tenacity to several positions with some of the biggest companies in IT and technology. Along the way, she has continuously climbed the corporate ladder, and in the summer of 2016, she found her latest role at Schneider Electric.

So why did she choose to join Schneider Electric and leave her previous company after over seven years?

“The depth and breadth of [Schneider Electric’s] portfolio innovation”, she said. “We can offer customers the complete life-cycle from design, build, and commissioning through operation.” Ivonne was also attracted to Schneider Electric because of what she called a collaborative culture and the company’s Planet and Society Barometer. That is, the idea of integrating sustainability into strategic functions.

Despite her success, Ivonne has not lost sight of the values and people who have gotten her to where she is today. When she learned she was named to the HITEC 100 list, she was honored and humbled. But was also thrilled to be recognized.

“I was super excited. I called my parents and thanked them for instilling the value of hard work and community.”

Without supportive parents, a helpful neighbor, a clear vision of where she wanted to go, and the drive to do what it takes to get there, Ivonne Valdes may not be considered one of the most influential Hispanic executives in the country. She appreciates this and wants to inspire other Hispanic women to achieve their dreams.

“Write down your aspirational goals and timelines,” she says. “Volunteer for tough assignments. Take risks. And lastly, own it! Only you can make it happen.”