When Danny Byrd, a marketing analyst for Schneider Electric in Raleigh, North Carolina, began his career, he didn’t even know what marketing analytics was. After graduating from  North Carolina State University with a bachelor’s degree in business he married his wife Loren. Days later, he joined Schneider Electric. Six years later, Danny is leading institutional change around marketing and sales data, while Loren, a Customer Ambassador for Schneider, works one floor away. 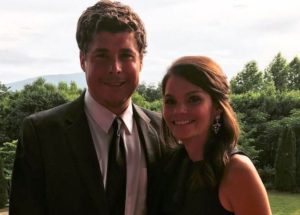 The two met on the job. Just not this job. They both worked at the same restaurant while in college. After graduating, Danny joined Schneider while Loren took a job with the state of North Carolina. Since then, they’ve had two children: Carson, 5, and Conrad, 9 months.

When Danny started with the company in 2010 he worked in inside sales. He noticed that his team was missing some analytic capabilities that could have improved their performance.

Danny took the initiative to begin publishing that data and using it to help his team. His manager at the time liked what Danny was doing and presented it to his own manager.

“Word got out that we were publishing this data and it took off,” Danny says.

Danny designed his own marketing analytics database reporting system. Every Schneider Electric business unit in North America has adopted that system. Needless to say, this was not what he envisioned when he first started out of college.

“Being an analytics person wasn’t on the radar at all”, he says. “But I found myself enjoying it and Schneider gave me the opportunity to go out and pursue what I enjoyed. It was a win-win for both sides.”

While Danny was forging a new career path, Loren was growing frustrated in her own role with the state.

“There was not a lot of room for advancement,” Loren says about her role working for the state. “The job I was in would have been my job when I retired.”

When the idea of Loren also joining Schneider arose, she was not apprehensive.

“It helped make me comfortable because he’d been here for five years,” she says. “I knew the people, I knew his managers, and I met my current manager through him before I started.”

For the past year Loren has been working at Schneider in a familiar place: inside sales. And beside the typical benefits most people find when making a positive career move, Loren and Danny have noticed benefits for their family as well.

“When you have two kids at home, actually getting to spend some time with your significant other is limited,” Loren says. “The two of us just hanging out is limited so it’s nice that we can come to work and eat lunch together and have some one-on-one time. And then at home, it’s back to family mode.”

There are benefits for the kids, too.

“Carson thinks he’s going to the boss of Schneider one day,” Loren says about their five-year-old son. “He doesn’t realize there are other jobs in the world. We bring him here for holiday parties or on a snow day and he has breakfast with Daddy in the cafeteria, and then afternoon with Mommy playing with Legos.” 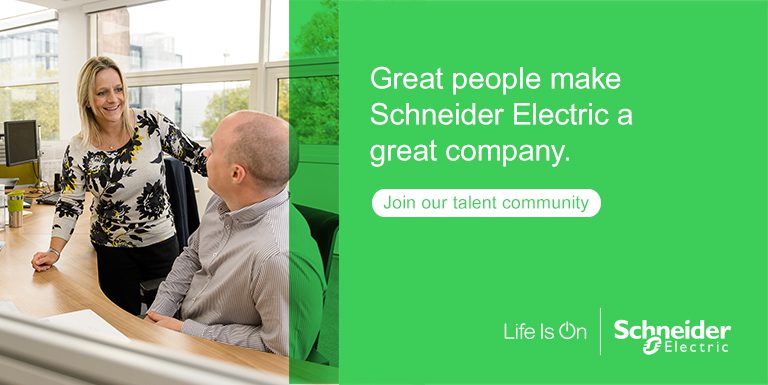 Danny and Loren point out that there can be downsides to working at the same company.

“There are arguments about who has to take the dogs out or who has baby duty when we get home,” Danny says. “In the past, we worked at different times so that stuff was taken care of by the time I got home.”

But Carson enjoys seeing them come home at the same time every day.

“He likes the idea of seeing mom and dad come home at the same time,” Loren says. “Family time starts as soon as we get home.”

It’s safe to say that both Danny and Loren are happy with the success they’ve had at work, and at home.

“To have the option to forge your own path, and go the direction you want to go is a big deal,” Danny says. “What I do, I didn’t know existed. And it didn’t really exist here when I started. But now, I’m head over heels in love with it.”

For more information on career opportunities at Schneider Electric, visit our Careers homepage.