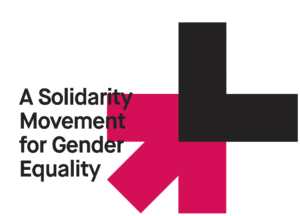 The statistics are jarring. According to the latest U.S. Census statistics[1], women working full-time make on average only about 78% of what men earn. That means the average U.S. woman will need to work about an additional 3 1/2 months a year to match the yearly earnings of her male counterpart. Another way to think of it? That’s $22 less per $100 to spend in the economy which impacts everyone.

An even more startling statistic comes from the World Economic Forum’s Global Gender Gap Report[2], which notes that globally women will have to wait 81 years for gender parity not only in the workplace but also in equal access to education, health and political participation. That is simply too long.

As a leader at Schneider Electric, I expect to get gender equality right. But it isn’t happening organically at an acceptable rate. The fact that we are still having the same conversation about equal pay and gender equality is an indicator that we must proactively take steps to make it a reality. That’s exactly what we are doing at Schneider Electric.

Schneider Electric is a partner in the HeForShe[3]program started by UN Women. The HeForShe program is a worldwide initiative, led by men who are taking a stand against gender discrimination and working towards gender equality in the workplace and in the community.

In the workplace, we believe in backing up those values with actions and are making a concerted effort to advance toward pay parity and create more opportunities for women to serve in leadership roles.

I’m challenging my teams to focus on hiring and promoting more females in our organization. As a company we would like to more closely mirror our customers and geographies in which 50% of the population is female. We aren’t yet there today, but I don’t buy into the theory that things can’t change. In our efforts to achieve pay parity, we are deliberately looking at the pay numbers and applying more scrutiny to them. Part of this includes comparing salaries of men and women in equal positions and addressing validated pay gaps. I’m dedicated to putting more management, time and energy into doing the right things for our female colleagues.

And we need to go beyond just the numbers. We are developing a culture that creates and supports a path to leadership positions for talented female employees. This includes involvement from our top female leaders, who are already performing at a high level in challenging roles. Time is an issue, of course, but we need to find ways to free up some of their time to mentor the next generation of leaders coming up through the organization. In our hiring practices, we are challenging ourselves to spend more time and effort looking for qualified female candidates.

As we begin this journey, we need to keep two things firmly in mind: First, we expect the same effort and performance from all employees–male or female. In the end, if you aren’t successful, it doesn’t matter if you are male or female. Second, we need to have an honest conversation about what gender equality in the workplace looks like and recognize that our journey may at times place pressure on our executive team.

In the end, it is the right thing to do for today’s and future generations of women AND men for that matter. I plan to continue the conversation through a series of blogs, where I’d like your input along the way. What have you seen or what is your company doing to close the pay gap?

10 Things YOU can do to Support Gender Equality

My Observations About our Gender Equality Journey